This website requires the use of Javascript to function correctly. Performance and usage will suffer if it remains disabled.
How to Enable Javascript
Iran Issues Arrest Warrant for President Trump over Killing of Top General 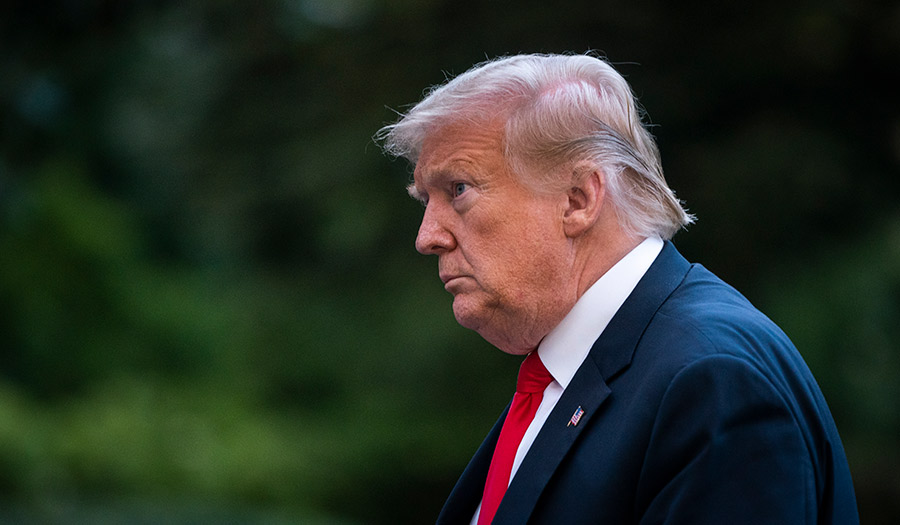 Iran has issued an arrest warrant and asked Interpol for help in detaining President Donald Trump and 35 others it believes carried out the U.S. drone strike that killed a top Iranian general in Baghdad.

The United States and Interpol both dismissed the idea of acting on such a warrant.

The United States killed Soleimani, leader of the Revolutionary Guards’ Quds Force, with a drone strike in Iraq on January 3. Washington accused Soleimani of masterminding attacks by Iranian-aligned militias on U.S. forces in the region.

Tehran prosecutor Ali Alqasimehr said the warrants had been issued on charges of murder and terrorist action. He said Iran had asked Interpol to issue a “red notice”—which represents the highest-level arrest request issued by Interpol—seeking the arrest of Mr. Trump and the other individuals the Islamic Republic accuses of taking part in the killing of Soleimani.

The notices cannot force countries to arrest or extradite suspects, but can put government leaders on the spot and limit suspects' travel.

The charges underscore the heightened tensions between Iran and the United States since Mr. Trump unilaterally withdrew America from Tehran’s nuclear deal with world powers.

Mr. Alqasimehr did not identify anyone else sought other than Mr. Trump, but stressed that Iran would continue to pursue his prosecution even after his presidency ends.

After receiving a request, Interpol meets by committee and discusses whether or not to share the information with its member states. Interpol has no requirement for making any of the notices public, though some do get published on its website.

U.S. Iran envoy Brian Hook said the warrant was a “propaganda stunt” at a news conference in Saudi Arabia.

“Our assessment is that Interpol does not intervene and issue red notices…[of] a political nature,” he said.

Interpol said in a statement that its constitution forbade it to undertake “any intervention or activities of a political, military, religious or racial character.”

“Therefore, if or when any such requests were to be sent to the General Secretariat,” it added, “…Interpol would not consider requests of this nature.”

The killing of Soleimani brought the United States and Iran to the brink of armed conflict after Iran retaliated by firing missiles at American targets in Iraq several days later.