This website requires the use of Javascript to function correctly. Performance and usage will suffer if it remains disabled.
How to Enable Javascript
Can President Trump Send the U.S. Military to Quell Violent Protests? 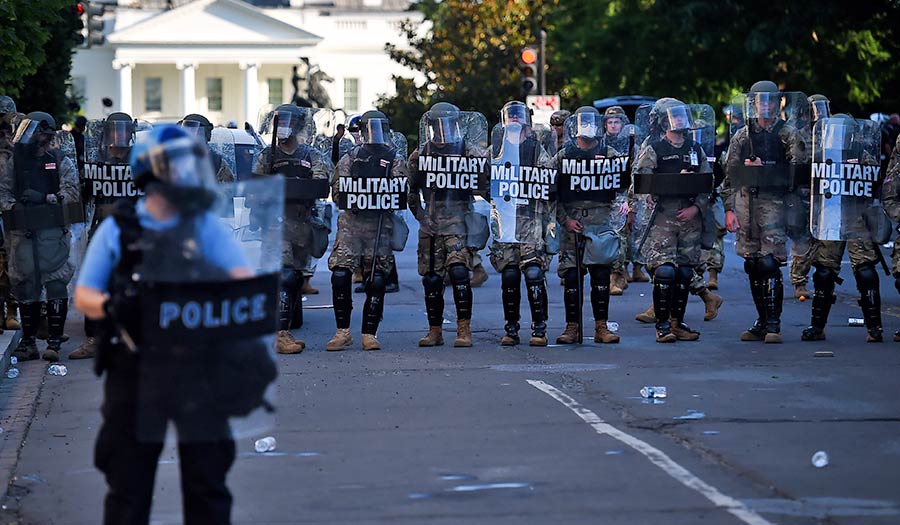 President Donald Trump suggested he would consider using federal troops to end unrest that has erupted following the death of George Floyd, a black man who died in police custody last week.

“If a city or state refuses to take the actions that are necessary to defend the life and property of their residents, then I will deploy the United States military and quickly solve the problem for them,” Mr. Trump said during brief remarks at the White House.

American cities have been embroiled in violence and destruction for seven straight nights, with several police officers shot or run over.

To deploy the armed forces, Mr. Trump would need to formally invoke a group of statutes known as the Insurrection Act.

What Is the Insurrection Act?

Under the U.S. Constitution, governors generally have the authority to maintain order within state borders. This principle is reflected in a law called the Posse Comitatus Act, which generally prohibits the federal military from participating in domestic law enforcement.

The Insurrection Act, which dates to the early 1800s, is an as exception to principles later codified in the Posse Comitatus Act.

The Insurrection Act permits the president to send in U.S. forces to suppress a domestic insurrection that has hindered the normal enforcement of U.S. law.

Under the law, Mr. Trump would first have to proclaim that the insurgents disperse and retire peaceably within a certain amount of time.

Can Mr. Trump Send in Troops Without a Governor’s Approval?

Yes. The law lays out a scenario in which the president is required to have approval from a state’s governor or legislature, and also instances where such approval is not necessary, said Robert Chesney, a professor of national security law at the University of Texas.

President Trump could activate federal troops during an emergency without a governor’s request as long as specific conditions are met, such as if the violence is interfering with the execution of laws in that state.

Stephen Vladeck, a national security and constitutional law expert at the University of Texas at Austin, said on Twitter that the Insurrection Act is open-ended in letting the president decide when circumstances merited its use.

Historically, in instances where the Insurrection Act was invoked, presidents and governors have usually agreed on the need for troops, said Thaddeus Hoffmeister, a law professor at the University of Dayton.

In 2005, former President George W. Bush decided not to invoke the Insurrection Act to send active-duty troops to Louisiana in the aftermath of Hurricane Katrina in part because the state’s then-governor opposed the move.

Even so, President Trump’s comments set up an immediate conflict with officials in some states, who disputed that the president had unilateral authority to send in troops against their will.

“The President of the United States is not a dictator, and President Trump does not and will not dominate New York state,” New York Attorney General Letitia James said in a statement Monday, adding that the state was prepared to go to court if need be.

Has It Been Invoked Before?

Yes. The Insurrection Act has been invoked on dozens of occasions through U.S. history. Since the civil rights movement of the 1960s, however, its use has become “exceedingly rare,” according to a report by the Congressional Research Service.

The Insurrection Act was last used in 1992, when the acquittal of four Los Angeles police officers in the beating of black motorist Rodney King led to deadly riots. 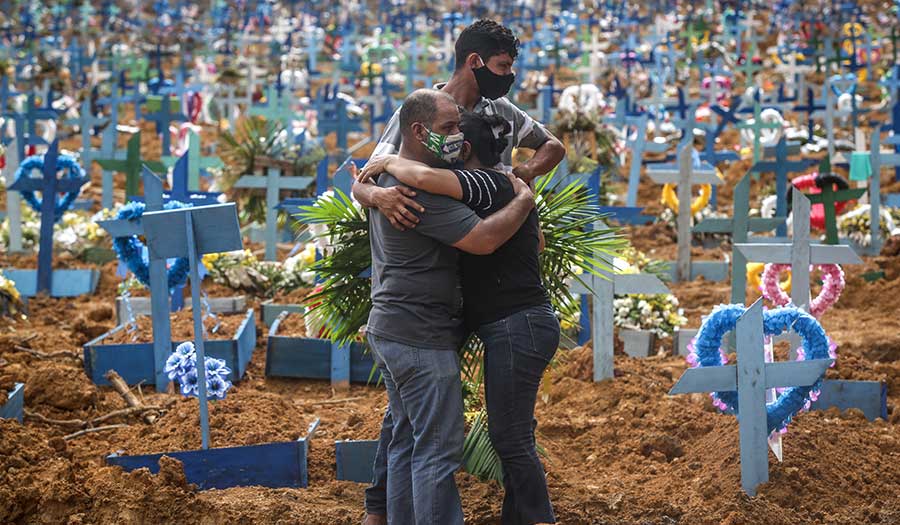 Making Sense of COVID-19
Society continues to grapple with one of the worst crises to ever strike mankind. Doctors, pundits, economists, historians and politicians are comparing this sweeping, worldwide virus to the 1918 Spanish flu pandemic. The highest unemployment rate projections in history alone point to the desperately grim state of society sure to come if time were to go on. The U.S. unemployment rate hit 14.7 percent in April—the highest since the Great Depression—with experts projecting the number to near 20 percent for May!