This website requires the use of Javascript to function correctly. Performance and usage will suffer if it remains disabled.
How to Enable Javascript
Why We Haven’t Covered the Presidential Investigation

Why We Haven’t Covered the Presidential Investigation 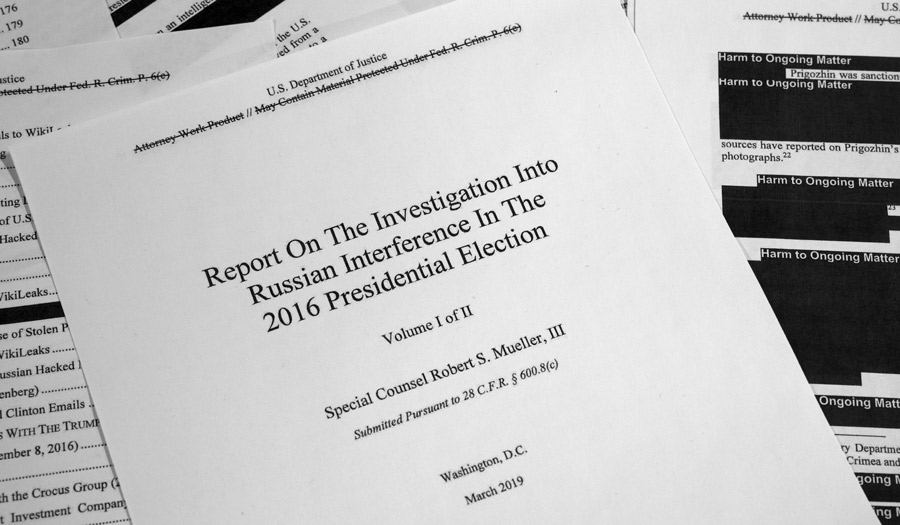 America focused on little else during the first 791 days of President Donald Trump’s tenure. Every day, news anchors reported on it, print journalists wrote about it, and late-night show hosts riffed about it. It was a constant, deafening roar about the presidential investigation into collusion with the Russians.

During that time, the world’s largest-circulation news magazine featured the likeness of the commander-in-chief on its cover 19 times. For context, President Barack Obama only made it there 10 times in his entire eight-year tenure.

Two years and the buzzwords were Russia, collusion and impeach. Two long years. Those nearly 800 days had everyone talking about the special investigation nonstop.

Except us. We didn’t write a single article about it.

Now that the probe is closed, it is a natural time to discuss why we chose to steer clear of this story. The overarching reason? It was fundamentally against what The Real Truth is as a magazine and those who produce it.

First, we are nonpolitical. We never take sides.

For us, reporting on the investigation into the president was a quintessential Catch-22. The vast majority of coverage on this story was negative. If we had taken our distinctive, even-handed approach to this story, we would have automatically been seen as taking the president’s side…except when we would not be. Our reporters were also lumped in with the “fake news” media while covering a Trump rally in July 2017.

The hyperpartisan political divide in the U.S. only makes this worse. There is no middle ground. You are either “for us or against us.” This was seen in the relentless personal attacks that, yes, flowed both ways.

The Real Truth will never call anyone out by name for their personal failings—pride, adultery, lies or greed. This includes everyone from average citizens to journalists to presidents.

Yet our views on sin are clear. We do not condone such actions. You can read our stance on these topics at rcg.org, the website of The Restored Church of God (which produces The Real Truth).

This magazine aims to rise above the fray to explain what the Bible—God’s mind in written form—says about current events. For example, here is what God’s Word commands regarding today’s poisonous political environment: “Honor all men. Love the brotherhood. Fear God. Honor the king” (I Pet. 2:17).

We are to honor “all men.” All means all. Yet notice we are also supposed to honor “the king”—those who have authority over us. We are to respect such offices.

One purpose of this verse is to show that government is important. In fact, the central message in the Bible is all about government. It is the gospel—the good news—of the coming Kingdom of God.

This gospel is the very best news anyone could hear. And, in a world filled with contention, conflict and hate, this positive message is what you can expect from us.