This website requires the use of Javascript to function correctly. Performance and usage will suffer if it remains disabled.
How to Enable Javascript
5 Issues that Will Decide the 2018 Midterm Elections

5 Issues that Will Decide the 2018 Midterm Elections

Considered to be the most consequential election in decades, the 2018 midterm elections will have a major effect on the time ahead. 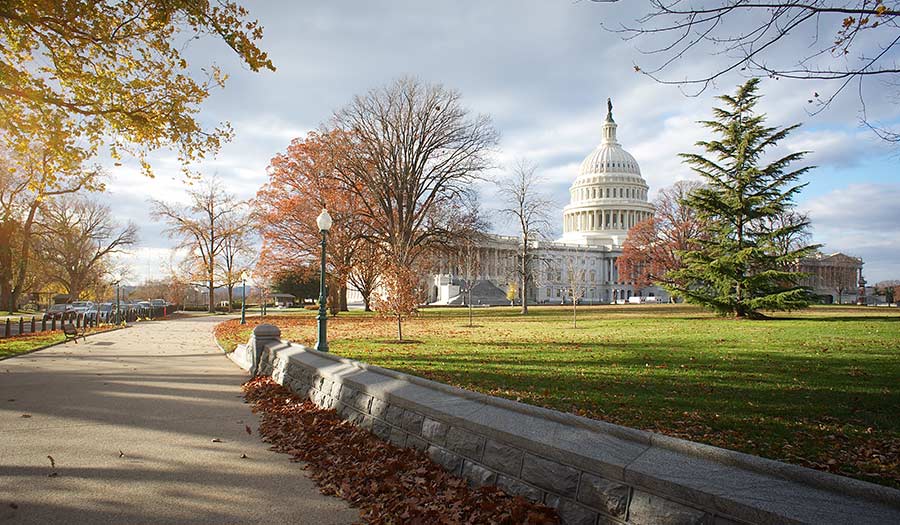 For months, pundits have pushed the importance of this year’s midterm election cycle. Some unabashedly called it the most important election in American history.

Is this all hyperbole in an effort to “get out the vote”? Maybe. But November’s elections to select members of U.S. Congress are unquestionably significant. The results will clearly reveal voter’s opinions on the current direction of the country.

The contentious U.S. Supreme Court nomination this fall dominated the news cycle and left the nation transfixed. In truth, the confirmation of a justice to the Supreme Court is somewhat trivial to the lives of everyday Americans. Yet for weeks citizens baldly showcased the implacable division between Republicans and Democrats. Warnings of assassination attempts, calls for violence, and disputes over what constitutes an “angry mob” versus a constitutionally protected protest ensued.

Despite the hype, midterms are notorious for their low voter turnout. According to the Brookings Institution, only about 40 percent of the population typically votes in a midterm election cycle. Comparatively, presidential elections motivate 50-60 percent to cast a ballot.

With elections increasingly being decided by a relatively small number of votes—a reported 80,000 votes across three states placed Republican Donald Trump in the White House—neither side can afford for their voters to stay home.

The other characteristic of the midterms is the president’s party usually loses congressional seats. The loss is even greater when the president is unpopular. President Trump’s public approval rating has never reached 50 percent, according to Gallup polls.

This helps explain why Democrats have been so fired up. If precedent holds, their dreams of a “blue wave” may come true.

In the current political climate, a liberal-controlled Congress co-existing with a conservative-controlled White House could prove catastrophic. Such a scenario could very well leave the nation longing for the “good old days” of the vitriolic exchanges on display during the last Supreme Court nomination.

Several national polls have identified five key issues that divide the country. It is believed that these issues will decide the midterm elections. America is nearly split down the middle on each of them.

The opposing views on how to address each of these problems prove that citizens of the United States are becoming less so. These differing perspectives are also an indicator of the politically and culturally charged environment that lies just ahead.

The Real Truth never takes political sides. The following descriptions are included to show how those on the left and right generally view each of the five issues.

Healthcare consistently ranks as the number-one issue in the minds of midterm voters.

Seven out of 10 voters in competitive House districts believe healthcare would be very important to their vote—more so than the Supreme Court nomination results, immigration or guns (CBS News/YouGov).

Left: Democrats have long been seen as the party of healthcare and view the issue as an election winner this November. They generally would like to see the government, not individuals, bear more of the burden for rising healthcare costs.

A Fox News poll found that 49 percent of Americans believe Democrats would do a better job on healthcare compared to just 34 percent for Republicans. Democrats are spending more money on political ads focused on healthcare—about half of their total ads are about this issue. Liberals fear that if conservatives maintain control of Congress, they will renew their efforts to repeal Affordable Care Act (Obamacare).

Right: Conservatives are somewhat divided on the issue. The president would like to see the Obamacare dismantled and Medicaid transferred from federal to state control. He and his political allies believe the move would save significant money in an economy burdened by debt—a key issue for his base. Opponents worry this will lead to no coverage for preexisting conditions and overall diminished health coverage protections.

Some Republicans believe that following through on the president’s plan is a political risk given healthcare’s importance to voters. As a result, Republicans in key races have chosen to soften or eliminate their hard stances on healthcare to potential voters.

A June NBC News/Wall Street Journal poll found that guns are a major issue for a quarter of voters in the midterms.

Gun Violence Archive defines a mass shooting as a single incident in which four or more people are shot and killed. These incidents are increasingly occurring in schools.

Left: Democrats typically avoid campaigning heavily on gun control due to the Second Amendment and fears of alienating those in conservative districts. However, their reluctance is waning in the wake of incidents including mass shootings in Las Vegas in 2017 and Parkland High School in Florida. The left is hoping to capitalize on what it frames as conservatives’ inaction on gun control.

Right: Strong efforts to control guns are seen by conservatives as an infringement on Americans’ Second Amendment rights. The right believes it is taking appropriate action on gun control. For instance, the conservative governor of Florida, a largely pro-gun state, signed a new law raising the minimum age to purchase a gun to 21 and imposed a three-day waiting period for purchases. Conservatives say they sympathize with victims and their families yet maintain that it is most appropriate to blame the perpetrator for gun violence, not the weapon itself. They believe that there are already adequate gun controls in place that simply need to be enforced.

Immigration pushed to the forefront of the national conversation after an outcry that the current administration was separating children from parents illegally crossing the border. Though the White House has backed off this tactic, immigration remains a key issue.

Left: Liberals generally see the nation’s immigration policy as harsh and mean-spirited. They see themselves as the party of compassion and believe the right is only perpetuating fear on the issue. They support immigration programs such as DACA, which is a path to citizenship for children of immigrants. To them, Immigration and Customs Enforcement Agency (ICE) is a force of deportation and family separation whose actions are discriminatory and do not make Americans safer. They point to the fact that the nation was built through and by immigrants and that Americans should welcome people from abroad, especially those who lived under oppressive circumstances in their home nations.

Right: Conservatives are confident they can sway voters on this issue. They say they are against illegal immigration, not immigration overall. Conservatives want strong borders to protect the United States from violent criminals. They want funding for the wall along the border with Mexico, the defunding of sanctuary cities, and are against the abolishment of ICE. Those on the right believe more of the nation’s resources should instead go to its own homeless and veterans.

The economy is typically viewed as a key issue for presidential elections, not congressional cycles. This year may be different.

Left: Those on the left acknowledge recent economic progress but believe there is a long way to go to full recovery. Problems such as economic inequality and low wages remain a concern. There is also concern over whether the economic gains over the last 18 months are sustainable. Progressives believe the president’s tough stance on tariffs and international trade relations are leading to a decrease in American jobs. They see the tax cuts for corporations and other high-income earners as proof of the “rich getting richer,” while those on the lower side of the income bracket continue to suffer.

Right: Conservatives see the economy as the strongest indicator of success under the current Republican-controlled White House and Congress. They are calling it an “economic miracle,” and see the midterms as key to sustaining the momentum. The nation is experiencing record unemployment numbers. Retailers report increased foot traffic and sales. Housing prices are up while inventory is down. The right points to the Tax Cuts and Jobs Act of 2017 as a major factor for the growth. They would like to see conservative leaders do a better job of selling their role in the nation’s economic successes to voters.

Control of the legislative branch of government is the fifth and arguably the most crucial concern for voters. It will determine how the nation moves forward for the remainder of President Trump’s term and will determine the outcome of the previous four issues. Spending on political ads was up a third over the 2014 midterms, all in an effort to move the needle.

All 435 House of Representative seats are up for grabs this midterm election cycle. Since the majority party needs 218 seats for control, Democrats need to pick up 23 seats. The left also needs to make gains to overcome the Republicans’ current 51 to 47 edge in the Senate (independents hold two seats).

Left: Democrats would see their control of Congress as a thumbs down on President Trump’s agenda. Many progressives feel that Mr. Trump’s victory in 2016 was illegitimate and that they can finally set things in order in the midterms. They see the president’s policies as detrimental and believe he promotes racial and gender division. They believe taking control of Congress is the only way to stop what they see as regression in the nation. Democratic control of Congress could lead to presidential impeachment hearings.

Right: A victory for conservatives will allow the president to double down on his vision for the country. The right points to Democrats’ efforts to impeach and perpetually investigate opponents as signs that Democratic victory in the midterms will only lead to political gridlock.

The 2016 presidential election results taught the nation to expect the unexpected. Few predicted a career businessman would go on to hold the nation’s highest political office. Two years later, Democrats hope their voters will not repeat the overconfidence of the presidential election and assume their victory is sealed. Meanwhile, Republicans hope to end the streak of the non-presidential party gaining seats in the midterm, similar to what occurred in 2006 during President George W. Bush’s tenure or in 2010 during Barack Obama’s presidency.

In the end, the results come down to what happens at ballot boxes across the country. Once the votes are counted, all the predicting and prognosticating is over. One party celebrates, leaving the other to pick up the pieces and hunker down for the next vote.

But what is known is that, somehow, the citizens of this single nation have managed to hold onto completely divergent views. Several political leaders are now verbalizing that they want the country to get back to the days of cooperation and collaboration. Yet, shockingly, they also say they will do whatever it takes—some even resorting to violence—to defeat opposing views!

All indications are that things will get worse before they get better. A rapid descent toward chaos can happen very quickly.

The current political trends prove that solutions to the nation’s problems will not come from the governments of men. Man by himself cannot solve the issues facing the United States—or any other nation.