This website requires the use of Javascript to function correctly. Performance and usage will suffer if it remains disabled.
How to Enable Javascript
Tobacco Aside, E-cigarette Flavorings May Harm Blood Vessels 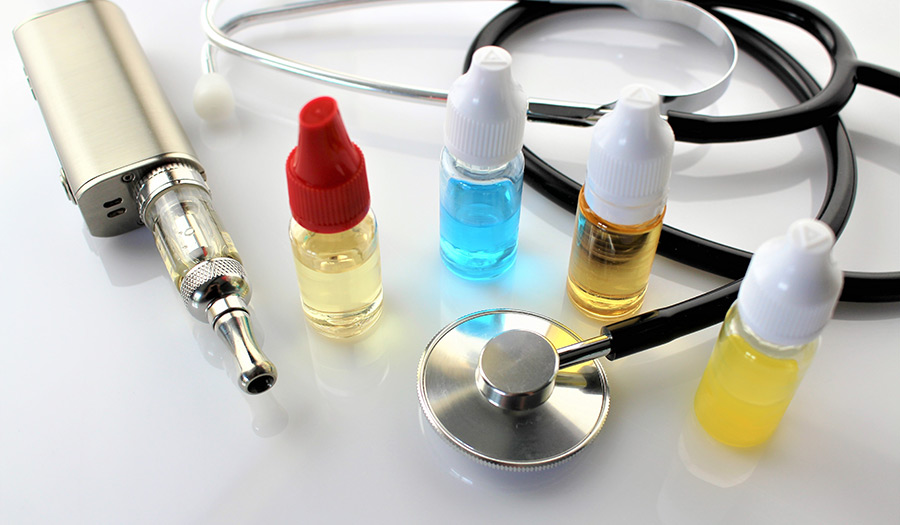 Flavor additives used in electronic cigarettes and related tobacco products could impair blood vessel function and may be an early indicator of heart damage, according to new laboratory research in Arteriosclerosis, Thrombosis and Vascular Biology, an American Heart Association journal.

The health effects of “combustible” tobacco products including traditional cigarettes and hookah are well-established, but the potential dangers of e-cigarettes have not yet been extensively studied. E-cigarettes are battery-powered devices that heat a liquid—including tobacco-derived nicotine, flavoring and other additives—and produce an aerosol that is inhaled.

Researchers found all nine flavors were dangerous to cells in the laboratory at the highest levels tested and all the flavorings impaired nitric oxide production in endothelial cells in culture (outside of the body). Several of the flavorings—menthol, clove, vanillin, cinnamon and burnt flavoring—resulted in higher levels of an inflammatory marker and lower levels of nitric oxide, a molecule that inhibits inflammation and clotting, and regulates vessels’ ability to widen in response to greater blood flow.

“Increased inflammation and a loss of nitric oxide are some of the first changes to occur leading up to cardiovascular disease and events like heart attacks and stroke, so they are considered early predictors of heart disease,” said lead study author Jessica L. Fetterman, Ph.D., assistant professor of medicine at Boston University School of Medicine in Massachusetts. “Our findings suggest that these flavoring additives may have serious health consequences.”

At the highest levels tested, all nine chemicals caused cell death, while at lower levels cinnamon, clove, strawberry, banana and spicy cooling flavor did. Strawberry flavor had that effect even at very low levels, suggesting endothelial cells are especially sensitive to it.

Most adult e-cigarette users are current or former combustible cigarette smokers who may use e-cigarettes as an aid in smoking cessation or as a harm-reduction tool. In addition, e-cigarette use by youth is rising rapidly with 37 percent of high schoolers reporting they have had an e-cigarette in 2015. Flavored tobacco products are a major driver of experimentation among youth.

The American Heart Association cautions against the use of e-cigarettes, stating that e-cigarettes containing nicotine are tobacco products that should be subject to all laws that apply to these products. The association also calls for strong new regulations to prevent access, sales and marketing of e-cigarettes to youth, and for more research into the product’s health impact.