This website requires the use of Javascript to function correctly. Performance and usage will suffer if it remains disabled.
How to Enable Javascript
Report: Militant Muslims Slaughtered Hindus Before Myanmar Began Persecution of Rohingya 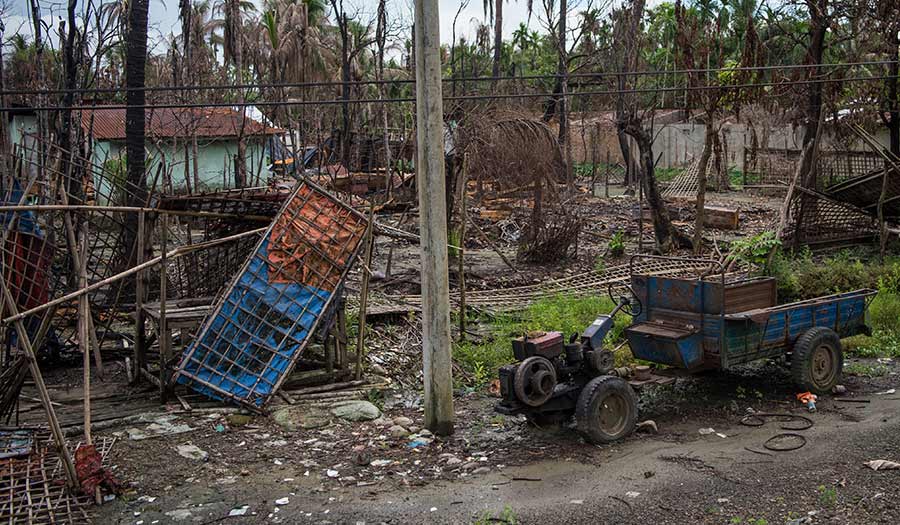 An armed group of Rohingya killed as many as 99 Hindu men, women and children, in addition to other unlawful abductions and killings, in Myanmar in August 2017, Amnesty International reported.

The massacre occurred before Myanmar security forces and extremist Buddhist groups began forcing predominately Muslim Rohingya from the country’s communities. Nearly 700,000 Rohingya have since fled abroad and approximately 10,000 were killed during the violent clearance operations.

According to Amnesty, on the morning of August 25, 2017, fighters of the Islamic militant group Arakan Rohingya Salvation Army (ARSA) attacked the Hindu community in Ah Nauk Kha Maung Seik.

Armed men dressed in black “robbed, bound, and blindfolded” men, women and children “before marching them to the outskirts of the villages, where they separated the men from the women and young children,” the report stated. “A few hours later, the ARSA fighters killed 53 of the Hindus, execution-style, starting with the men.”

Eight of the Hindu women were spared after they were forced to convert to Islam.

On the same day, 46 Hindu citizens in another nearby village disappeared and were presumably killed by ARSA fighters.

“Accountability for these atrocities is every bit as crucial as it is for the crimes against humanity carried out by Myanmar’s security forces in northern Rakhine State,” Tirana Hassan, Crisis Response Director at Amnesty International, stated.

Amnesty’s report was based on “dozens of interviews” and “photographic evidence analyzed by forensic pathologists,” which allegedly revealed how ARSA fighters “sowed fear among Hindus and other ethnic communities with these brutal attacks.”

Rohingya have long been pushed to the fringes of Myanmar society. The ethnic group is denied some basic rights, including freedom of movement. In 1982, Rohingyas were stripped of their citizenship.