This website requires the use of Javascript to function correctly. Performance and usage will suffer if it remains disabled.
How to Enable Javascript
Average Venezuelan Lost 24 Pounds Last Year Due to Economic Woes 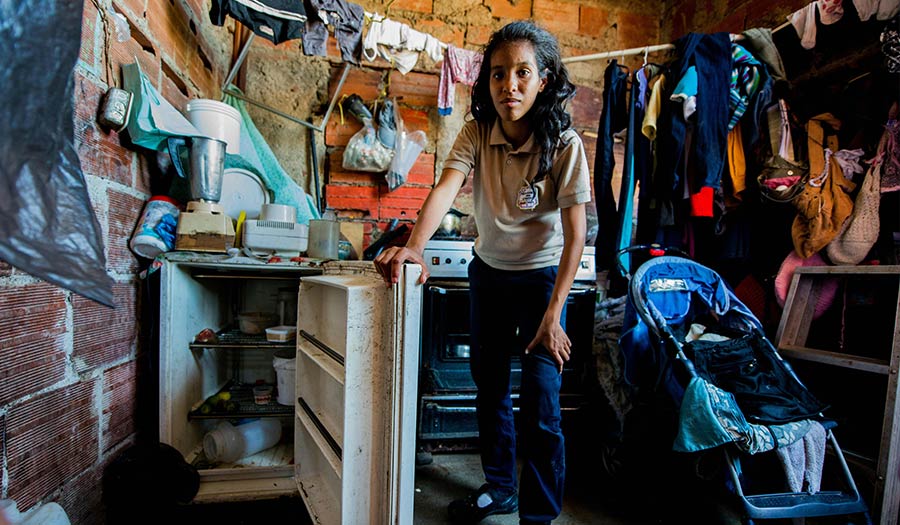 In a country where prices have soared 4,068 percent since last year and 90 percent of its 30 million citizens live in poverty, Venezuelans on average lost 24 pounds of body weight in 2017, according to an annual university study and estimates by the country’s opposition-led National Assembly reported on by Reuters.

This is an increase from the 18 pounds Venezuelans lost in 2016. The number of people living in poverty has been steadily increasing, from 48 percent in 2014 to 90 percent today.

The university study, which surveyed 6,168 Venezuelans between the ages of 20 and 65 across the country, found that over 60 percent said they woke up hungry during the past three months because they did not have enough money to buy food.

About 25 percent of the population was eating two or less meals per day, the study found.

Venezuela, whose economy once flourished from its oil reserves—the largest in the world—has suffered skyrocketing hyperinflation, widespread joblessness, and an average minimum wage of about $3 since government policies adopted under late President Hugo Chavez led to destabilization.

“Income is being pulverized,” Maria Ponce, one of the investigators in the study, told a news conference at Andres Bello Catholic University in Caracas (Reuters).

“This disparity between the rise in prices and the population’s salaries is so generalized that there is practically not a single Venezuelan who is not poor,” she said.