This website requires the use of Javascript to function correctly. Performance and usage will suffer if it remains disabled.
How to Enable Javascript
Study: Zika’s Effects Linger in Babies Long After They Are Born

Study: Zika’s Effects Linger in Babies Long After They Are Born 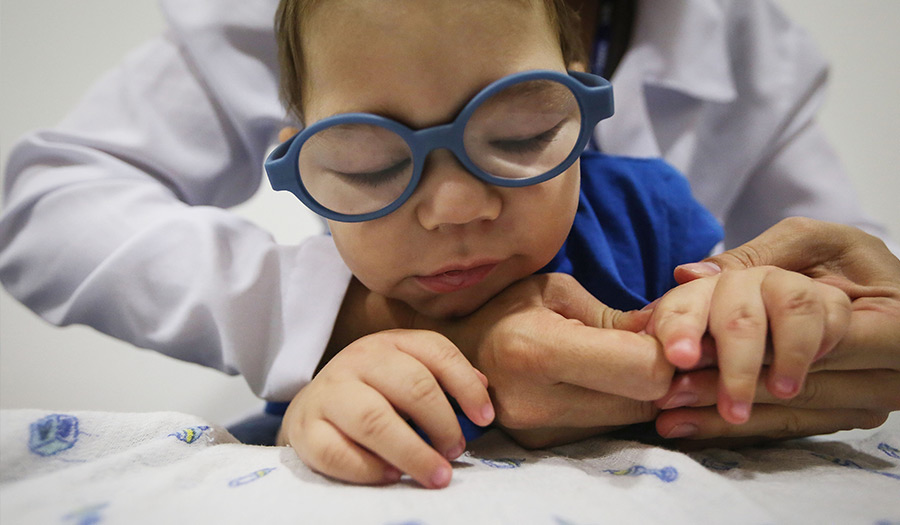 Mario Tama/Getty Images
A baby born with microcephaly is treated at a clinic in Recife, Brazil (Dec. 13, 2016).

Children infected by the Zika virus face an increased number of health problems as they age, according to a study by the United States Centers for Disease Control and Prevention.

The research is the first to study the lingering effects of the virus after it made headlines in 2015 for causing microcephaly, a neurological condition that causes brain abnormalities and results in an infant’s head appearing shrunken, in babies born to women infected with the virus in Brazil.

The effects can range from seizures to feeding difficulties to hearing and vision problems.

“As children born affected by Zika virus grow up, they will need specialized care from many types of healthcare providers and caregivers,” Georgina Peacock, director of CDC’s Division of Human Development and Disability, said. “It’s important that we use these findings to start planning now for their long-term care and stay vigilant in Zika prevention efforts in the United States and around the world.”

Since it was connected to microcephaly, approximately 4,000 babies have been diagnosed as having Zika in Brazil alone. Worldwide, hundreds more children are considered to have been infected or born with microcephaly.

While Brazil announced the end of its public health emergency, many countries worldwide are still struggling to contain outbreaks. The World Health Organization recently issued a health emergency alert for an outbreak in Angola.

“As of 29 November 2017, a total of 42 cases of microcephaly had been reported, of which 39 occurred in live births and three were in stillbirths,” AllAfrica reported.

The CDC reported that even in the U.S., there were still 385 symptomatic disease cases at the turn of the year. Dr. Ann Schuchat, the acting director of the CDC, told NPR in April that she was seeing “about 30 to 40 Zika cases in pregnant women each week in the U.S.”

Since the Zika virus was first identified in humans in 1952, outbreaks have occurred in Africa, the Americas, Asia and the Pacific, according to the World Health Organization.