This website requires the use of Javascript to function correctly. Performance and usage will suffer if it remains disabled.
How to Enable Javascript
Increasing Numbers of Predatory Coywolves Are Roaming in U.S. Cities

Increasing Numbers of Predatory Coywolves Are Roaming in U.S. Cities 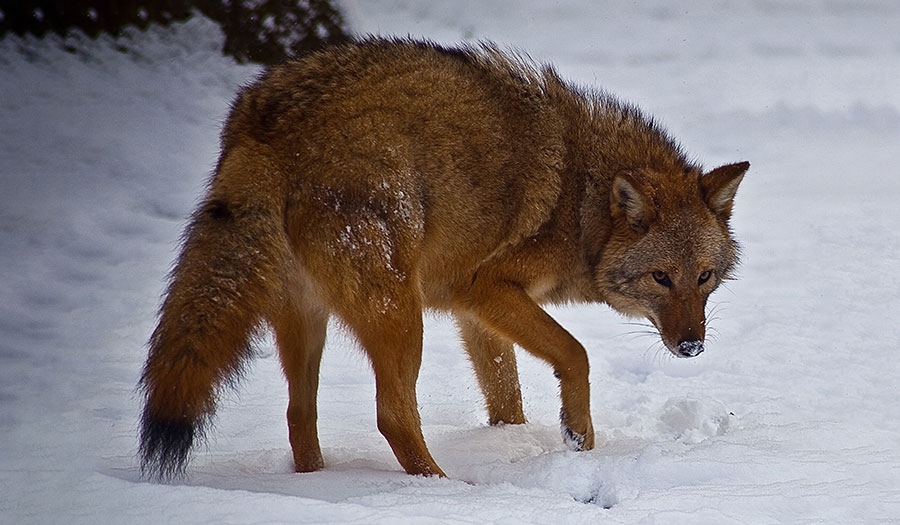 Millions of coywolves—coyote-wolf hybrids—are spreading rapidly across the American East.

These predatory creatures, which are on average one-quarter wolf and one-tenth dog, weigh up to 75 pounds more than a coyote, are faster due to their longer legs, and have larger, more powerful jaws.

“National Geographic noted in 2011 the hybrid animals can devour practically anything including shoe leather,” the New York Daily Post reported.

“The mixture of wolf and coyote DNA likely make the animals ‘able to do things like take down deer, which a little, scrappy Great Plains wily coyote would not be able to do on its own,’ Christine Bozarth, a former researcher at the National Zoo, told the magazine in 2011.”

Most concerning for cities across the East is that they are not as shy of humans as is typical with wolves. In recent years, several have been spotted living in New York City, Washington, D.C., Boston and Philadelphia, as well as Toronto, Canada.

“The dog DNA might even include some tolerance for the noise of cities,” an article by Smithsonian magazine reported.

“A lot of them feed on moose and deer and small game. It would be uncommon for them to attack humans, but each animal has an individual personality. Without a doubt there is always that chance of a human attack. They’re always dangerous.”

He also noted that the animals instinctively track living things that are in their sight. According to CBS, one New York City resident was stalked by a coywolf while she was taking out her trash.

Coywolves have existed on the eastern part of North America since the first was spotted in Ontario, Canada, around 1919. Biologists believe they first came about because dwindling wolf populations in southern Ontario, Canada, forced wolves to seek other mating partners.

“The clearance of forests for farming, together with the deliberate persecution which wolves often suffer at the hand of man, had made life tough for the species,” The Economist reported. “That same forest clearance…both permitted coyotes to spread from their prairie homeland into areas hitherto exclusively lupine, and brought the dogs that accompanied the farmers into the mix.”

There are now millions of coywolves across North America, and they are increasingly coming out of the woods and treading into urban areas.