This website requires the use of Javascript to function correctly. Performance and usage will suffer if it remains disabled.
How to Enable Javascript
German Weapons Exports to Saudi Arabia and Egypt Increase Fivefold 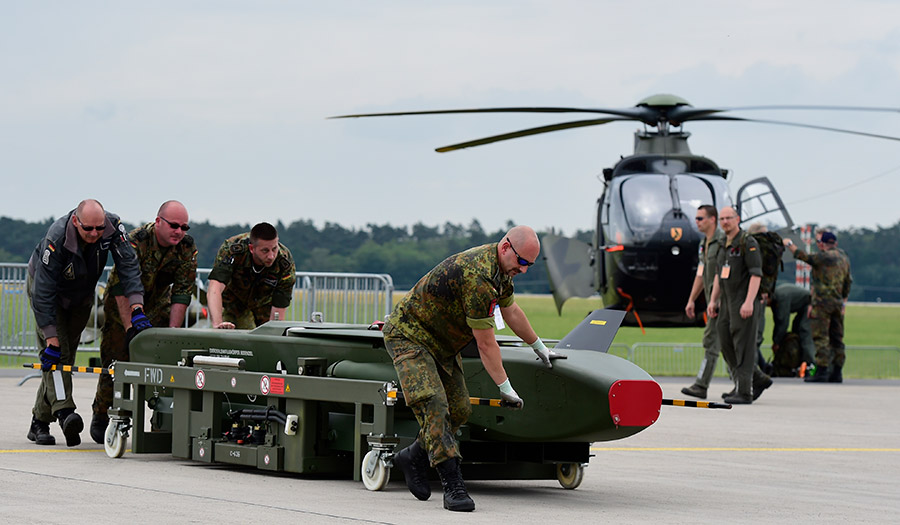 Germany sold more than $520 million worth of weapons exports to Saudi Arabia and Egypt from July through September. This figure, which was announced by the German Economy Ministry after a member of parliament requested the information, is more than five times the arms sales during the same period in 2016.

Since the second world war, Germany has had self-imposed restrictions on selling weapons to countries that are at war, and has more recently opposed the Western strategy of toppling regimes in the Middle East. Yet since the 2011 Arab Spring, Berlin, with the intention of helping stabilize the region and fight terrorism, agreed to a multibillion-dollar arms deal with Saudi Arabia. The Saudis purchased hundreds of German tanks and other military supplies.

The latest weapons sales figures reveal Germany continues to be involved with conflicts in the Mideast—and it is a point of contention between parties in the Bundestag, the nation’s parliament.

The opposition Left Party has spoken against the weapons sales to Saudi Arabi and Egypt, both of which are involved in the civil war in Yemen that is causing a major humanitarian crisis. The United Nations has warned that 7 million Yemenis face famine as a result of a blockade by the Saudi-led coalition fighting against Houthi rebels there.

Left Party member of parliament Stefan Liebich stated: “There were times when it was completely ruled out for Germany to deliver weapons to countries that were participating in wars. That only changed in the last two governments. It started with Turkey, which was sold weapons despite its war with the Kurds—that was a controversial discussion at the time” (Deutsche Welle).

Saudi Arabia also relies on other countries to provide its weaponry. This year, the Mideast nation announced a major arms deal with Russia and has purchased $15 billion of missile defense systems from the United States.