This website requires the use of Javascript to function correctly. Performance and usage will suffer if it remains disabled.
How to Enable Javascript
China Outproduces the United States for the First Time

China Outproduces the United States for the First Time 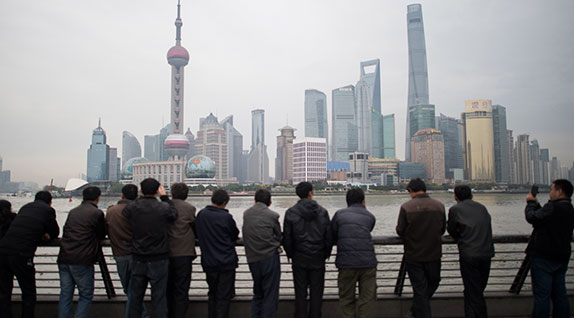 For the first time, China’s production of goods and services has surpassed that of the United States, another sign that the nation is gaining economic strength.

Data released by the International Monetary Fund combined with analysis by MarketWatch author Brett Arends showed that China produced $17.6 trillion in goods and services while the U.S. produced $17.4 trillion in 2014.

“To put the numbers slightly differently, China now accounts for 16.5% of the global economy when measured in real purchasing-power terms, compared with 16.3% for the U.S,” Mr. Arends stated. “This latest economic earthquake follows the development last year when China surpassed the U.S. for the first time in terms of global trade.”

The Asian nation started to surpass the U.S. when its gross domestic product, a major factor that determines the wealth of a country, began to increase in 2006.