This website requires the use of Javascript to function correctly. Performance and usage will suffer if it remains disabled.
How to Enable Javascript
Tablets Negatively Affect Preschoolers’ Motor Skills 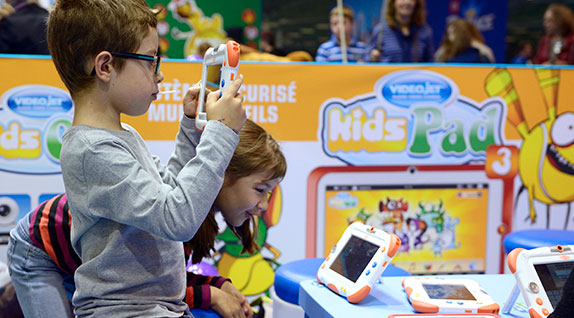 Growing numbers of preschoolers are becoming skilled at using iPads and other tablet computers, at the expense of the development of their motor skills, experts warn.

“I have spoken to a number of nursery teachers who have concerns over the increasing numbers of young pupils who can swipe a screen but have little or no manipulative skills to play with building blocks or the like, or the pupils who cannot socialise with other pupils but whose parents talk proudly of their ability to use a tablet or smartphone,” Colin Kinney, a teacher from Northern Ireland, told his colleagues at the annual Association of Teachers and Lecturers Conference in Manchester, England.

Mr. Kinney was quoted in the Telegraph as saying that “‘brilliant computer skills’ shown by many pupils was ‘outweighed by their deteriorating skills in pen and paper exams because they rely on instant support of the computer and are often unable to apply what they should have learned from their textbooks.’”

Young children entering preschool are adept at manipulating the touchscreen of a computer tablet—often surpassing the skills of their parents—but their abilities to stack building blocks or properly grasp a pen or pencil have been stunted in the process. 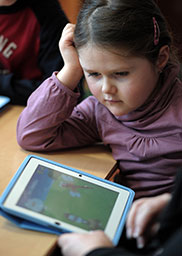 This is a problem that doctors, teachers and therapists agree negatively affects young children’s physical, academic and social development. In fact, the American Academy of Pediatrics recommends children under age 2 should avoid screens altogether. According to its guidance report: “Unstructured play time is more valuable for the developing brain than electronic media. Children learn to think creatively, problem solve, and develop reasoning and motor skills at early ages through unstructured, unplugged play. Free play also teaches them how to entertain themselves.”

The New York Times quoted Dr. Gary Small, director of the Longevity Center at the University of California, Los Angeles, and author of iBrain: Surviving the Technological Alteration of the Modern Mind: “We really don’t know the full neurological effects of these technologies yet. Children, like adults, vary quite a lot, and some are more sensitive than others to an abundance of screen time.”

The newspaper continued, “But Dr. Small says we do know that the brain is highly sensitive to stimuli, like iPads and smartphone screens, and if people spend too much time with one technology, and less time interacting with people like parents at the dinner table, that could hinder the development of certain communications skills.”