This website requires the use of Javascript to function correctly. Performance and usage will suffer if it remains disabled.
How to Enable Javascript
Shark Attacks Spark Terror in Red Sea

“That compares to just six attacks over the previous decade in Egypt, according to the Global Shark Attack File, a scientific archive that documents shark attacks worldwide,” Time magazine reported. “And at least six of those 11 incidents are believed to have involved the solitary oceanic whitetip—a shark species that doesn’t usually rank among the top killers.”

The article continued by saying that sharks are uncommon in the “clear, coral-rimmed waters off Sharm el-Sheikh.”

Despite the rarity of consecutive shark attacks, or that the animals would frequent such shallow waters, the Telegraph reported that “photographic evidence clearly showed that a whitetip with a distinctive notch in its tail-fin attacked a Russian man on Nov 30, taking off part of his leg. Six days later, the same shark returned to a nearby stretch of water by the Hyatt Regency hotel.”

There is wide speculation among experts regarding the causes of the animals’ violent behavior.

“Overfishing or depletion of food sources has been blamed for driving sharks closer to shore in search of food,” Daily Mail reported. “There are also accusations that tourist boats are illegally dumping meat into the water to attract sharks for passengers wanting to photograph them.”

According to Ahram Online, Russian tourism to Egypt has dropped 20 percent since the attacks began.

To learn more about this subject, read “Animal Attacks – Why Increased Aggression!” 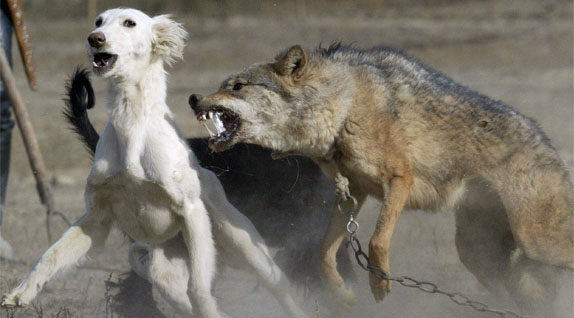