This website requires the use of Javascript to function correctly. Performance and usage will suffer if it remains disabled.
How to Enable Javascript
Indonesian Volcano Death Toll Reaches 200 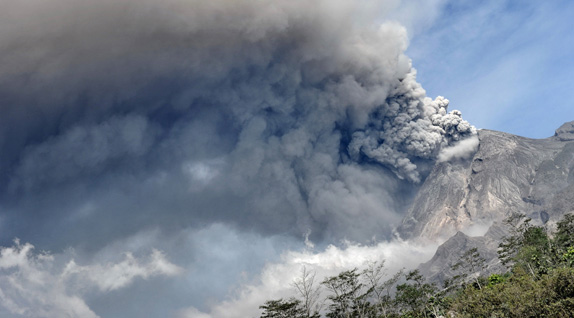 More than 200 people have died since Mount Merapi began volcanic blasts in October, and the death toll is still rising. Hundreds of thousands have fled, with children being left behind in the chaos.

Over 300,000 refugees have flooded emergency shelters, raising concerns about the lack of space, poor sanitation, and access to clean water.

A hospital senior official told AP that patients had burns on up to 95 percent of their bodies and supplies were low due to airports being closed. Nursing students had to use hand-operated respirators, normally reserved for short ambulance rides, as a shipment of electric machines was unable to be delivered.

Besides respiratory infections, burns and other physical ailments, many refugees are suffering anxiety, distress, severe depression, and various physiological disorders.

Authorities are concerned the Code River, which flows into Yogyakarta, a city of 400,000 people, could become a conduit for the volcanic material, and with heavy rains, could produce devastating mudflows.