This website requires the use of Javascript to function correctly. Performance and usage will suffer if it remains disabled.
How to Enable Javascript
Whooping Cough Epidemic Worst in 50 Years 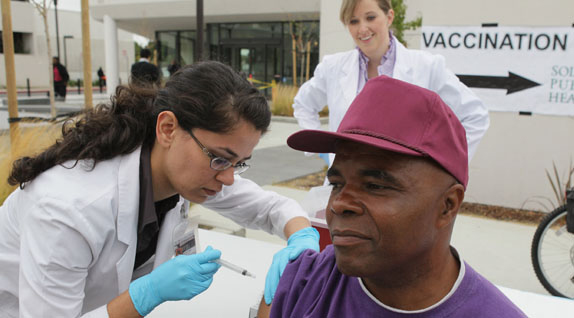 Cases of whooping cough in California could reach their highest level in 50 years, according to the California Department of Public Health (CDPH). Ten infants have already died of the bacterial lung infection in 2010.

According to the Centers for Disease Control and Prevention (CDC), outbreaks occur frequently, with epidemics happening every three to five years. But the epidemic in California is quickly becoming one of the worst yet.

Whooping cough, or pertussis, is a contagious respiratory disease spread through the air by coughs and sneezes. It involves violent coughing and vomiting, and its sufferers often make a “whooping” sound as they gasp for air. The highly contagious bacterial illness is especially fatal for infants or children less than one year old, whose tiny air passages may not be able to take in enough oxygen.

State law requires all public school students to be immunized and health authorities strongly urge the elderly, children and pregnant women to also get vaccinated.

California is not the only state that has been affected by the epidemic.

“While many believe that the disease is relatively rare in the United States, especially after the introduction of the vaccine in the 1940s, cases of whooping cough rose steadily from the 1980s to 2005, especially among teens and babies less than 6 months old…In 2008 there were more than 13,000 cases of whooping cough, 18 of which were fatal, in the United States…” ABC News reported.