This website requires the use of Javascript to function correctly. Performance and usage will suffer if it remains disabled.
How to Enable Javascript
“Alarming Resurgence” in Bed Bugs 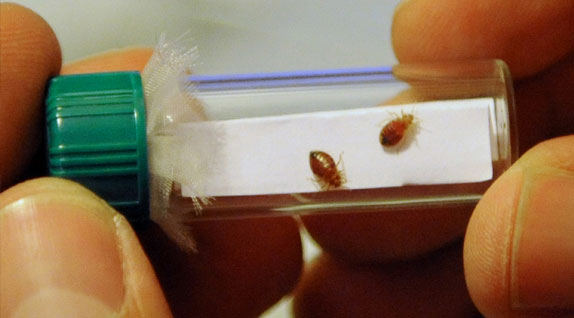 Bed bugs are on the rise, according to a report by the United States Centers for Disease Control and Prevention (CDC).

“Although bed bug populations dropped dramatically during the mid-20th century, the United States is one of many countries now experiencing an alarming resurgence in the population of bed bugs,” it stated. “Though the exact cause is not known, experts suspect the resurgence is associated with increased resistance of bed bugs to available pesticides, greater international and domestic travel, lack of knowledge regarding control of bed bugs due to their prolonged absence, and the continuing decline or elimination of effective vector/pest control programs at state and local public health agencies.”

The Christian Science Monitor reported that since 2004, bed bug complaints have dramatically increased.

“According to New York City’s Housing Preservation and Development department, bedbug complaints in the city have skyrocketed over the past five years, from just over 500 in 2004 to over 10,000 in 2009.”

The rise in the number of reported bedbug infestations is not only occurring in the U.S., but also worldwide.

“We just finished a global survey of about a thousand pest control companies in 43 different countries,” University of Kentucky entomology professor Michael Potter told The Christian Science Monitor. “They see the same thing that we have here.”

While bed bugs do not transmit disease, the CDC is concerned about the blood-sucking pests as their bites can result in serious mental and physical effects, including mild to severe allergic reactions, skin infections, anxiety and insomnia.