This website requires the use of Javascript to function correctly. Performance and usage will suffer if it remains disabled.
How to Enable Javascript
Australia Installs First Female Prime Minister 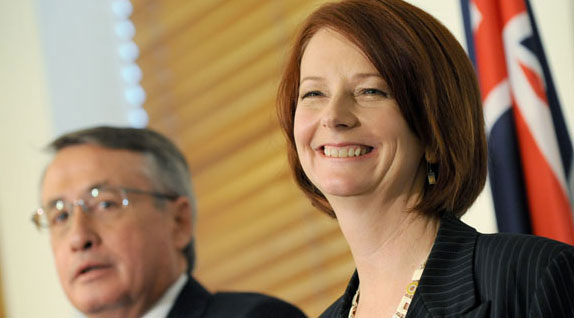 The new premier spent her first day in office calling world leaders, including United States President Barack Obama. “Mr Obama congratulated Ms Gillard, 48, on her new role, describing her appointment as the country’s first female prime minister as ‘an historic step’ and saying that he was looking forward to working with her” (The Telegraph).

According to The New York Times, Ms. Gillard said, “My values and beliefs have driven me to step forward to take this position as prime minister…I will lead a strong and responsible government that will take control of our future.”

The Times also reported that Mr. Rudd’s “decision to shelve his cap-and-trade energy plan until at least 2013” contributed to him losing his post.