This website requires the use of Javascript to function correctly. Performance and usage will suffer if it remains disabled.
How to Enable Javascript
China Upgrades Nuclear Arsenal 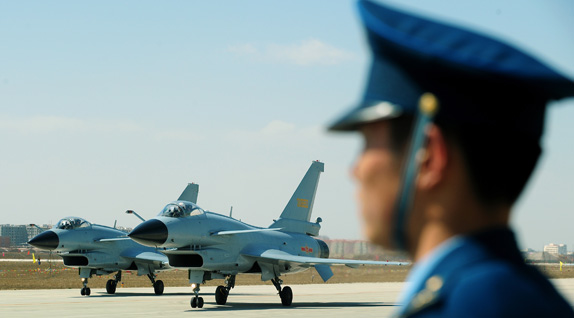 After marked increases in military spending, China announced that it must possess second-strike capability—which would enable it to defend itself against a nuclear attack—and said it is in the process of upgrading and expanding its nuclear forces with increasingly sophisticated weaponry.

In an article in China’s main military newspaper, Liberation Army Daily, retired People’s Liberation Army General, Xu Guangyu, who researches for the state-run China Arms Control and Disarmament Association, wrote that China must have a modern force that is “real, reliable, effective, and keeps up with the times” (Reuters).

It was one of a few instances in which China has spelled out its nuclear strategy.

“Like all the nuclear weapons states, China is secretive about its arsenal, developed from a first atomic test explosion in 1964. The Stockholm International Peace Research Institute has estimated that by 2009 China possessed 186 deployed strategic nuclear warheads” (ibid.).

As major world powers collectively attempt to contain nuclear proliferation, China is revamping its arsenal of ballistic missiles and nuclear weapons. The eastern country is moving away from easily monitored, silo-based, liquid-fueled rockets and opting for highly mobile, solid-fuel-powered rockets that are easier to launch and difficult to track. Among its upgrades are anti-satellite and nuclear-tipped cruise missiles that arm the nation’s new generation Jin-class nuclear ballistic submarines.

Mr. Xu said the upgraded missile system “is able, should a foe launch an initial nuclear strike, to really possess, and to convince the other side that it faces, an intolerable second-strike nuclear capability, thereby deterring an enemy from using nuclear weapons against us.

“It must make them grasp, without the least ambiguity, that we possess a deterrent,” he wrote (ibid).