This website requires the use of Javascript to function correctly. Performance and usage will suffer if it remains disabled.
How to Enable Javascript
Ciudad Juarez: World’s Murder Capital

Averaging seven murders a day in 2009, Mexico’s Ciudad Juarez, a city of roughly 1.5 million people, has the highest murder rate in the world.

“The upsurge in murders in Juarez is a result of an escalating turf war between the Sinaloa cartel, run by Mexico’s most-wanted man Joaquin ‘El Chapo’ Guzman and the Juarez cartel, according to Victor Valencia, the public security secretary in the state of Chihuahua” (BBC).

Of the 1,986 murders so far in 2009—a jump from 815 in 2008—most involved gang members of feuding drug cartels fighting to gain control of the local drug trade, as well as the smuggling route into El Paso, Texas, which is just across the border. El Paso “has for years been one of the main transit points for cocaine passing from Mexico into the U.S.” (ibid).

Most of the killings remain unsolved. 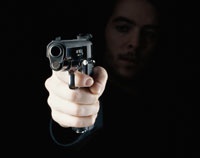 Mexico’s Drug Cartel War – Who is to Blame?
Over 5,300 Mexicans died in drug-related killings in 2008—gunned down, tortured, beheaded—all to maintain the flow of illegal drugs into the United States. Where does the blame lie?