This website requires the use of Javascript to function correctly. Performance and usage will suffer if it remains disabled.
How to Enable Javascript
Israel’s Next PM? 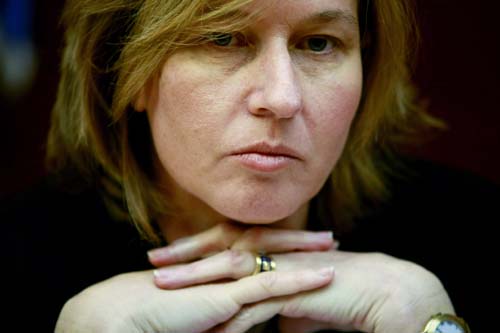 With the announced resignation of Prime Minister Ehud Olmert following a corruption scandal, Israel’s ruling Kadima party chose a new chief: Tzipi Livni. Mr. Olmert will officially step down after Ms. Livni forms a new government. If she fails to do so before 2009, she will likely face a general election.

• Practiced as a lawyer for a decade before entering politics

• Was a protégé of former Prime Minister Ariel Sharon

• Served as foreign minister under both Messrs. Sharon and Olmert

• And has been closely involved in the negotiations for a Palestinian state.