This website requires the use of Javascript to function correctly. Performance and usage will suffer if it remains disabled.
How to Enable Javascript
1 in 8 Died of Cancer in ‘07 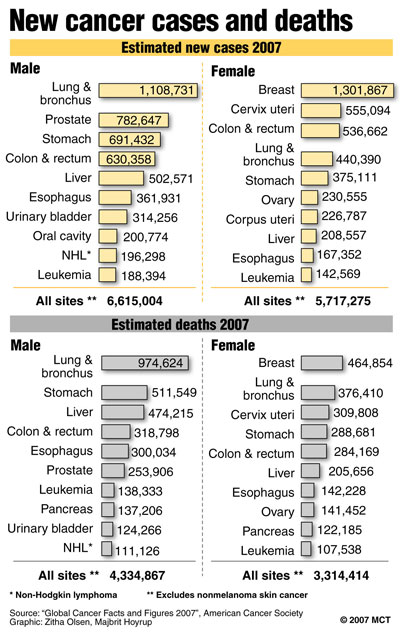 Over 7.5 million people will have died from cancer in 2007, with over 12 million new cases, according to the American Cancer Society’s (ACS) first global study on the disease.

Approximately 1 of 8 deaths (20,000 per day) is cancer-related—more than AIDS, tuberculosis and malaria combined.

Other factors include the lack of medical centers for early detection and insufficient knowledge of the disease among the population.

If current conditions continue, the ACS estimates that by 2050 there will be 27 million new cases per year and 17.5 million cancer deaths worldwide, mostly due to an aging population.