This website requires the use of Javascript to function correctly. Performance and usage will suffer if it remains disabled.
How to Enable Javascript
Report: Global Warming Is “Unequivocal” 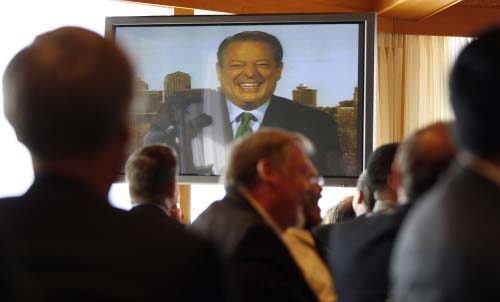 A comprehensive report on climate change, which was compiled by over 2,500 leading researchers, states with high confidence “that the net effect of human activities since 1750 has been one of warming.”

Findings include that temperatures are likely the highest in 1,300 years, glaciers and sea-ice is melting, and as intense rainfall increases in some regions, drought-like conditions persist elsewhere.

Most dramatically, the researchers detail that with the current levels of green house gases in the atmosphere, even if the use of all factories and cars ended, sea levels would rise to an average of 4.6 feet globally.

In response to the report, United Nations Secretary-General Ban Ki-moon remarked that some the “treasures of our planet” are being “threatened by humanity’s own hand.” He then said that “slowing—and reversing—these threats are the defining challenge of our age.”

Included in the report was a climate forecast for the regions around the world if current green house gas emissions persist: