This website requires the use of Javascript to function correctly. Performance and usage will suffer if it remains disabled.
How to Enable Javascript
Juvenile Bipolar Disorder Skyrockets 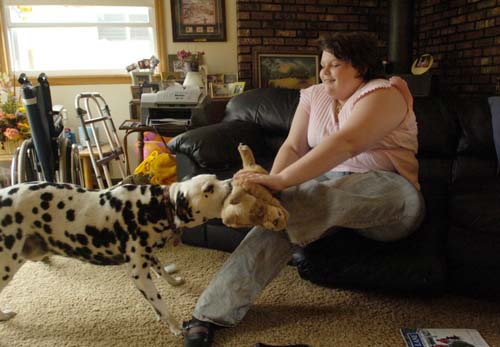 MCT
Is Medicating a Problem?: This 14-year-old controlled her bipolar disorder with a drug that also caused her to gain weight.

A drastic number of U.S. children are being treated for bipolar disorder, according to a recent study released in the Archives of General Psychiatry.

From 1994 to 2003, there were 800,000 cases of children taking cocktails of powerful psychiatric drugs, despite limited available information regarding the long-term effects.

Once considered by many to be an adult disease, bipolar disorder (previously known as manic depression) is characterized by irritability, mood swings, aggressive behavior and phases of “mania.”

Dr. David Axelson, director of the Child and Adolescent Bipolar Services Clinic at the University of Pittsburgh School of Medicine, calls bipolar disorder “difficult to pin down” because there is no specific diagnostic test to confirm its incidence.

Yet physicians such as Dr. Glenn Hirsh, medical director for the New York University Child Study Center, believe that the disorder has been highly underdiagnosed and that many adults who have it report their symptoms began early in life.

Dr. Hirsch also stated that feelings of anger and irritability alone can be clear signs of bipolar disorder.

With widespread disagreement about the nature of the condition and inconclusive evidence as to what exactly constitutes bipolar disorder—or more importantly, what does not!—symptoms as minor as irritability and distracted behavior can lead youngsters to a lifetime of swallowing cocktails of powerful mood-stabilizers and anticonvulsants.

Though a small minority do experience mental disorders, the environment of prescribing medication—when people simply fail to control their emotions, show mental discipline or deal with the everyday stress of life—has led to a drastically overly-medicated nation, now including children.