This website requires the use of Javascript to function correctly. Performance and usage will suffer if it remains disabled.
How to Enable Javascript
Britons Drowning in Personal Debt

Due to frivolous spending, expanding school costs and burgeoning fuel prices over the past several years, Britain now ranks as one of the most debt-ridden nations, surpassing the United States and all other European countries.

A report issued by Credit Action, a British financial education organization, found that Britain’s personal debt is increasing by one million pounds every four minutes.

“Day by day in the UK we now borrow and spend at an astonishing rate; it is such a key part of our everyday life,” said Chris Tapp, Associate Director of Credit Action in the report. “However there are real risks associated with this pattern as the numbers of people falling into difficulty on a daily basis shows. We need to make sure that we are thinking very carefully to ensure that the money we are borrowing for today, we can afford to pay back tomorrow.”

According to the organization’s statistics, total personal debt in the United Kingdom at the end of April 2007 amounted to £1,325 billion, while the growth rate increased to 10.4% for the previous 12 months—an increase of £114 billion. Average household debt is £8,816 pounds for households without a mortgage and £54,771 for households with a mortgage.

Considering the pound’s value is almost twice that of the dollar, it amounts to over $16,000 USD of debt per household without a mortgage, more than double the average of household debt in the U.S.

The report also showed that out of the £360 million British pounds borrowed every day in the UK, £324 million are secured borrowing, such as mortgages, while £36 million are unsecured, mainly through credit cards, store cards, loans and overdrafts.

The hike in debt is directly affected by the cost of living in Britain. Statistics show that driving a car in the UK now costs £15 a day and raising a child costs approximately £23.50 per day.

In contrast, however, is the wastefulness demonstrated in Britain: Statistics show that one third of all groceries bought in the UK will be thrown away.

Given the higher cost of living and growing debt percentages, banks have been forced to raise their interest rates. It is an action that banks have been warning would happen for some time. This spring, interest payments on household debt hit a ten-year high, climbing past the £100 billion mark for the first time. The high is causing concern among Britons who are worried they will default on loans and be forced to declare bankruptcy.

Last year, Barclay’s Bank and HSBC began issuing stern warnings on the debt affecting British consumers; however, it took no action to stop consumers from taking out new mortgages.

Warnings have not helped Britons curb their spending habits.

Credit Action’s statistics show that more than 80% of Britons admit to overspending regularly, with 26% employing “retail therapy,” or using shopping as a means to cheer themselves up.

As a result of such spending habits, one consumer in five is denied access to mainstream credit and has to borrow at rates that average 17%, and more than one in ten consumers have problems meeting their credit card repayments. Additionally, over one in four admit to having little or no savings.

Young Britons, however, do not appear to be taking these statistics seriously. According to the report, around 15% of 18- to 24-year-olds think an ISA (individual savings account) is an iPod accessory, and one in 10 believe it’s an energy drink.

Believing debt to be a way of life, many of Britain’s youth have turned to a new way to manage debt: cyberbegging—soliciting money on the Internet from others to help pay off financial obligations.

The idea took hold in Britain after a young North American woman started a website that raised more than $20,000 to pay off credit cards debts she incurred through careless spending on clothes and shoes. Since then, sites by British entrepreneurs and college students with dreams of paying down their debt have been popping up across the Internet.

“Low income, combined with badly informed and poorly understood financial decisions, are at the root of many of client’s debt problems,” said David Harker of Citizens Advice, which offers debt advice to millions of Britons a year. “The reality is that they are condemned to a lifetime of poverty overshadowed by an inescapable burden of unpayable debt” (BBC News). 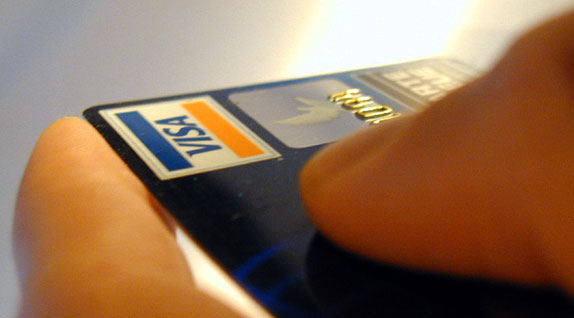 Why the DEBT CRISIS?
More and more people are being swept away in a sea of high-interest credit card bills. Personal debt and bankruptcies are at an all-time high. Families are spending more than they actually earn. Here is what you can do to turn the tide of debt and find true economic success!