This website requires the use of Javascript to function correctly. Performance and usage will suffer if it remains disabled.
How to Enable Javascript
Avian Flu – A Continued Threat 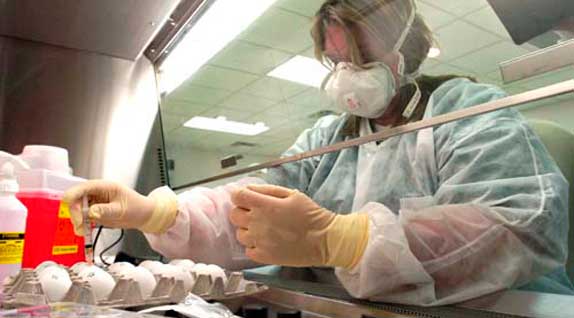 Despite having faded from importance in the eyes of most news media and the general public, avian influenza (or “bird flu”) continues to ravage certain parts of the world. According to a recent Boston Globe article, 44 people have contracted the disease this year, mainly in Indonesia and Egypt; 60% of these have died.

Another concern is the disease’s resurgence in Vietnam, where measures taken to control its spread initially brought positive results.

Since the deadly H5N1 strain was identified in Hong Kong in 1997, it has spread across Asia, the Middle East, into Africa, and to the edges of Europe. Beginning in 2003, 262 people contracted the disease, of which 157 died. Vietnam was the primary epicenter, accounting for more than half of the world’s cases in 2004 and 2005.

Dr. Joe Bresee, a flu specialist with the U.S. Centers for Disease Control and Prevention, said, “Vietnam has done a great job, but with the virus present in countries around them, it’s a very difficult virus to keep out. Viruses are very small, and they can get across borders in many different ways. It speaks to the fact this is not a country problem—it is really a global problem” (ibid.).

Some specialists have warned that the disease is more likely to be brought to North America through the black market of animal trade than through migratory birds.

There appears to be a certain sociopolitical fatigue regarding the avian flu. “We’re clearly getting a sense that there’s fatigue after several years of reporting this disease,” said Michael Osterholm, director of the Center for Infectious Disease Research & Policy at the University of Minnesota.

“I’m very concerned,” he added. “People act like, if the pandemic hasn’t happened by the end of the week, hey, it’s not going to happen. This is not a discretionary activity. One day we will be held accountable for what we did or didn’t do” (ibid.).