This website requires the use of Javascript to function correctly. Performance and usage will suffer if it remains disabled.
How to Enable Javascript
New Year’s “Resolutions” – What Do They Mean—and Will They Be Kept?

What Do They Mean—and Will They Be Kept?

Most have made a number of New Year’s resolutions throughout their lives. Yet, practically every resolution is broken a short time after being made. Why is this failure in achieving resolutions so common? 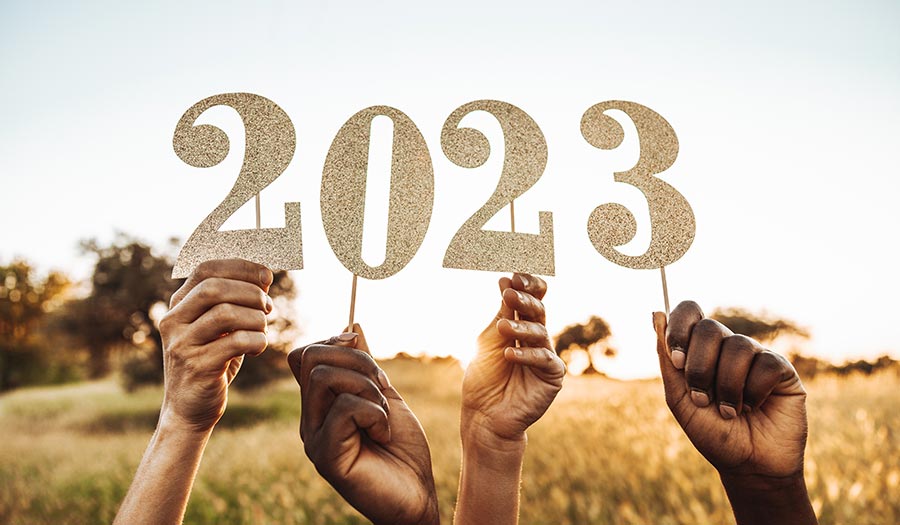 Once and for all, Frank decided that he was going to quit smoking. In late December, he gathered a list of goals he had tried to achieve last year but didn’t accomplish: quit smoking, lose weight and drink less alcohol. Unlike the past few years, Frank was sure that he would be successful in fulfilling his list of New Year’s resolutions. “This year,” he told himself, “it will be different.”

But by the middle of February, Frank again found himself drinking heavily, smoking a pack of cigarettes a day, and even more overweight due to the holidays. He discovered that human “steam,” or willpower, was not enough to drive his mind and body to comply with his desire to change.

Regardless of how positive he had been about achieving his goals, Frank had again failed to accomplish his resolutions for the year and was back in the same destructive behavior that he was so accustomed to.

The same is true with most people today. Over 88 percent of Americans will make at least one “resolution” at the start of the year. Of these resolutions, the most common are: (1) lose weight, (2) save or earn more money, (3) quit smoking, (4) spend more time with family, (5) maintain a budget, (6) find a better job, (7) eat better, (8) become more organized, (9) exercise more, and (10) become a better person. While these are all goals that one should strive for—with 88 percent of Americans setting out to accomplish them each year—less than 20 percent are successful in attaining success in even one of their resolutions.

Why this recurring reality for most people today? Why the pervasive lack of control in conquering problems such as alcoholism, smoking, consuming an unhealthy diet, laziness, gambling, lying, being overweight, etc.? Additionally, why the sudden urge for people to try to make changes in their lives at this one point of the year?

Most people never question their actions or beliefs, generally accepting long-established traditions as the standard. Few seek to understand the origin of things. They choose instead to follow common practices without question, doing what everyone else does because it is convenient. Likewise, most people do not know where the custom of New Year’s resolutions originated.

Historians track the origin of this custom to the ancient Babylonians, who used the new year to try to make amends for their wrongdoings of the past year. The New Year’s celebration originated around 2000 B.C. in Mesopotamia. Using various events (such as the spring or autumn equinox, or the winter or summer solstice) to determine the date of when the year began, other cultures soon followed suit in celebrating their humanly-devised “first day of the year.” For example: Egypt’s new year came not long after the summer solstice; the Phoenicians and Persians began their new year with the autumn equinox (September 21); the Celts celebrated the new year on November 1; and until the 5th century B.C., the Greeks observed their new year on the winter solstice (December 21).

New Year’s celebrations included elaborate parties and merrymaking, as well as the custom of making resolutions for the upcoming year, attempting a “fresh start.” Notice: “Many ancient peoples...performed rituals to do away with the past and purify themselves for the new year. For example, some people put out the fires they were using and started new ones” (World Book, 2002).

One of the most common resolutions in ancient Babylon was to return all borrowed farming equipment. Additionally, depending on the culture, various gods were worshipped on that day and asked to bless the upcoming year. From these early traditions, the custom of New Year’s resolutions was passed down through generations, becoming the tradition that so many participate in today.

However, contrary to the common belief of not questioning “the normal,” we must determine whether following such a custom is correct. Although practiced by most of the world, are these traditions acceptable to God? Notice what Christ said of such humanly-devised traditions: “in vain do they worship Me, teaching for doctrines the commandments of men...full well you reject the commandment of God, that you may keep your own tradition” (Mark 7:7, 9). God’s words clearly explain His views of such customs.

To learn more about the history of New Year’s Day and the origin of its customs, read our article “Why Christians Don’t Celebrate New Year’s.”

Is it Wrong to Want to Change?

One cannot help but ask, “What is the harm in wanting to change negative aspects of my life?” There is nothing wrong with aspiring to improve oneself. This desire to overcome weaknesses and problems is a proper attribute. However, it is a mindset that one should have all year long—actively trying to overcome every day—not just starting on January 1st and lasting just a few days at best.

The mentality of waiting to address a certain problem at a particular point of the year is wrong and sets the person up for failure. Why? Because the person holds on to a particular weakness or habit that is already a part of his routine, further ingraining it in his behavior. Quite often, once the person finds that he has fallen back into old habits, he continues in them, deciding to wait for next year to again try to overcome the problem. This reasoning prolongs the vicious cycle of failed resolutions, which will again commence the following year and the year after that.

Ironically, most people set out to overcome a problem in a day or two, although they have spent a great deal of time establishing the bad habit. These goals are shattered shortly after being made because it is very hard to change one’s negative attributes and because there is a missing element in the person’s life.

Why is it so hard for people to change their habits and attain success in their resolutions? Because change is difficult!

Jesus Christ explained “for wide is the gate, and broad [easy] is the way, that leads to destruction, and many there be which go in thereat: because strait [difficult] is the gate, and narrow is the way, which leads unto life, and few there be that find it” (Matt. 7:13-14). Again, change is difficult. That is why so many people avoid trying to change their behavior.

At some point, everyone has had to address a bad habit. Most understand how difficult it can be to overcome such habits. Often, the individual will not even recognize the habit until someone brings it to his attention—and removing these subtleties from one’s everyday routine is a struggle.

Similarly, New Year’s resolutions are desires to immediately overcome certain habits that have perhaps taken years to establish. This is very hard to accomplish. In fact, overcoming is a lifelong struggle, and, because change is uncomfortable and sometimes even painful, most people avoid it. For those who do try to change, an accidental slip-up is sometimes viewed as total failure, instead of an opportunity to learn, grow and to strive harder to succeed. This attitude, unconsciously, is an excuse for the person to return to familiarity—his bad habit.

Why do people make “changes” at just one time of the year? Why do people soon go back to their old habits, deciding to try again next year? Why do people follow each other’s lead in failure—not questioning their true motives and beliefs, or the traditions they follow? The answer to these questions is the same: because it is an easy alternative!

People will almost always choose to do what comes naturally. Realize that you have spent your entire life doing as you please, yielding to your human nature and establishing behavior patterns—whether good or bad. A habit is defined as “a recurrent, often unconscious pattern of behavior that is acquired through frequent repetition.” Just like anything else that you do for a long time, you are probably very good at doing this!

Habits are often so ingrained that they seem impossible to overcome. Though overcoming is difficult and will not happen overnight, it is far from impossible! Christ explained, “.with God all things are possible” (Matt. 19:26).

The Missing Element to True Change

There is a major element missing in most people’s lives that would help them achieve success in overcoming bad habits, reaching goals and providing strength in times of doubt and weakness. This power, while absent in so many, is present in a few individuals. What is this element?—God’s Holy Spirit!

A Christian is one who is led by God’s Spirit. Upon repentance (defined as true, lasting change from one’s old ways) and baptism, the Holy Spirit enters the individual (Acts 2:38). This Spirit in the newly converted mind empowers the individual with the drive to change habits and overcome faults. Human “steam” or “willpower” cannot compare with God’s Spirit working within an individual. Notice: “For God has not given us the spirit of fear; but of power, and of love and of a sound mind” (II Tim. 1:7). The apostle Paul also wrote, “my brethren, be strong in the Lord, and in the power of His might” (Eph. 6:10).

Individual determination will only take you so far. You need the “Spirit of power” to actually change who you are. People try to change their lives in various ways. Yet, they almost always find it impossible to change long-established habits because they do not have God’s Spirit driving them forward.

The Greek word for “power” is dunamis. It means, “special miraculous power or force.” Notice what Paul recorded: “Now the God of hope fill you with all joy and peace in believing, that you may abound in hope, through the power of the Holy Spirit...that you also are full of goodness, filled with all knowledge.” (Rom. 15:13-14). God gives His Holy Spirit to those who truly desire to receive it—to those who set out to obey Him!

Jesus Christ recognized the power of God’s Spirit and declared that He could do nothing by His own strength (John 5:30). He understood that only through God’s power in Him—the Holy Spirit—could all things be done (14:10).

This power is unlimited and is sufficient to defeat any sin, problem or attitude—no matter how long you have been burdened by it or how serious it may be. There is a way to stop the endless cycle of failed resolution after failed resolution, and this solution is available to you if you truly want and seek it.

Paul wrote, “...be filled with the Spirit” (Eph. 5:18). That message is for you—God wants to fill you with this dynamic power!

Remember: “For with God nothing shall be impossible” (Luke 1:37). If you have been struggling with overcoming old habits and problems, do not settle for the repeated failure of shallow New Year’s resolutions. Instead, go to God in prayer and ask Him to intervene in your life and give you His power.

Then, and only then, will you find lasting success in overcoming your habits and problems! (For more priceless knowledge on reaching your goals, read our article The Laws to Success.) 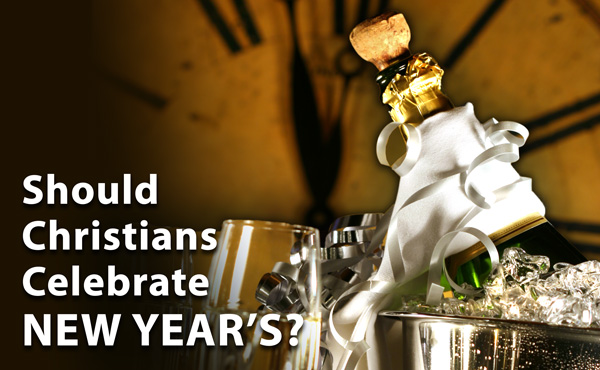