This website requires the use of Javascript to function correctly. Performance and usage will suffer if it remains disabled.
How to Enable Javascript
We’re in the 21st Century. Why Does Britain Still Have a Monarchy?

We’re in the 21st Century. Why Does Britain Still Have a Monarchy? 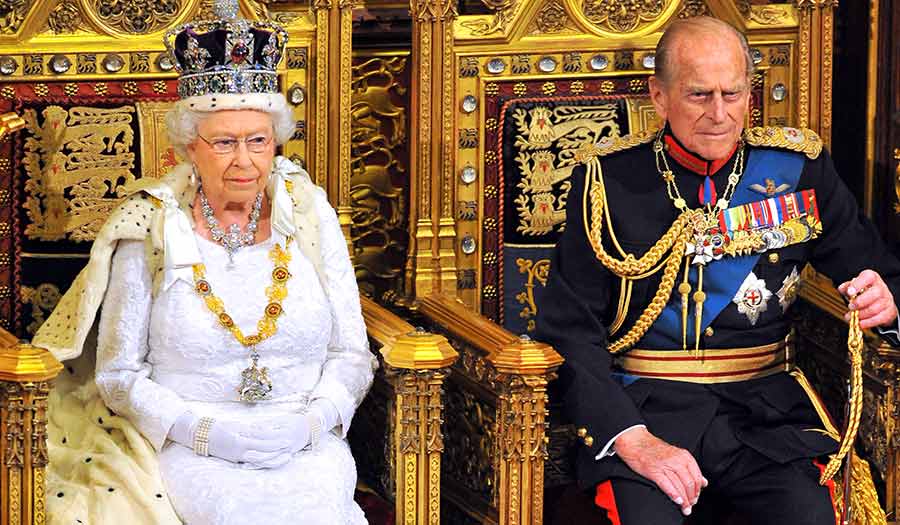 Ray Collins - WPA Pool/Getty Images
Queen Elizabeth II sits with Prince Philip, Duke of Edinburgh, as she delivers a speech during the State Opening of Parliament in the House of Lords at the Palace of Westminster in London (June 4, 2014).

Drama surrounds the British royals yet again. Queen Elizabeth said on March 9 that her family was saddened by the challenging experiences of her grandson Prince Harry and his wife, Meghan, the Duchess of Sussex.

An interview with the couple, which aired on U.S. television over the previous weekend, has plunged the monarchy into its biggest crisis since the 1997 death of Harry’s mother, Diana.

“The whole family is saddened to learn the full extent of how challenging the last few years have been for Harry and Meghan,” Buckingham Palace said in a statement issued on behalf of Queen Elizabeth.

“The issues raised, particularly that of race, are concerning. Whilst some recollections may vary, they are taken very seriously and will be addressed by the family privately. Harry, Meghan and Archie will always be much loved family members.”

The interview, seen by some 50 million people worldwide, has divided opinions around the world.

Anna Whitelock, director of the Center for the Study of Modern Monarchy at Royal Holloway, University of London, said the palace’s brief message had “hardened the lines” between people who believe the monarchy is an outdated bastion of inherited privilege and those who see it as cherished national institution.

Fallout from the interview is fueling debate over the future of the monarchy and its role—both in Britain and the other nations where the queen still serves as head of state. The queen remains the head of state for 15 countries, most of which were once part of the British Empire, including Australia, Canada, New Zealand and island nations in the Caribbean.

The debate over whether the monarchy is outdated has “been held in check, in large part, given the length of the queen’s reign and in respect to her and the role that she’s played,” Ms. Whitelock said. “But it’s going to happen, and it’s just a question of when, not if.”

Yet the concern has arisen many times before. Despite decades of controversy over whether the British crown should even have a place in today’s world, the persistent fascination over the monarchy continues. The British Empire has long ago faded into history, and the royal family’s political role has been so reduced that it has essentially become symbolic. So why does the British monarchy continue to endure?

The reason lies in the roots of the monarchy itself.

For centuries, British kings and queens have played a crucial part in world events. Yet to truly comprehend the incredible legacy of England’s monarchy, one must trace it back to well before Victorian times, even prior to the period of English and Scottish monarchs, who reigned from AD 400 to 1603.

The New York Genealogical and Biographical Society brings a different perspective regarding the fascinating history behind Britain’s royal family, and details the royal lineage, using the Bible to support its findings. In 1921, the organization wrote in its quarterly publication: “…admitting that the covenants of the Old Testament are to be accepted as utterances upon divine authority, we have the covenant as uttered in Genesis [49:10]—‘The sceptre shall not depart from Judah, nor a law giver from between his feet until Shiloh come; and unto him shall the gathering of the people be.’”

“With this covenant as a basis of argument, supported by the accepted genealogies of the Old Testament, we have it proven that the sceptre did remain in the house of Judah in unbroken line until the reign of Zedekiah.”

The promise of Genesis 49 is often called the scepter promise. It refers to an unbroken royal line that began with King David, who came from Judah.

King Zedekiah’s daughter Tea Tephi was taken to Ireland, where she married Eochaidh, thus continuing the line of King David.

The New York Genealogical and Biographical Society continued: “By this union of two strains of the blood of Judah in the marriage of Tea Tephi and Eochaidh, the covenant that the sceptre should not depart from the house of Judah was perpetuated; and by the evidence of the Annals of the Irish Kings and those of the Kings of Scotland we are furnished a substantial argument…that the sceptre continued in the house of Judah by the way of the Irish Kings and thence by intermarriage, by way of the Scottish Kings, and again by direct descent, by the way of the English Kings, to the present representative of British Sovereignty, King George V of England, in whose person is perpetuated the covenant to the house of Judah.”

The link between the British monarchy and Davidic line does not end there. At each coronation of a British monarch, the Stone of Destiny, a rectangular sandstone block reported to have traveled from Israel, was present.

Encyclopaedia Britannica states: “According to one Celtic legend the stone was once the pillow upon which the patriarch Jacob [a direct ancestor of David] rested at Bethel when he beheld the visions of angels. From the Holy Land it purportedly traveled to Egypt, Sicily, and Spain and reached Ireland about 700 BC to be set upon the hills of Tara, where the ancient kings of Ireland were crowned.”

The stone was then moved to Scotland, where it was used in the coronation of Scottish kings. Since 1307, the stone has been used at the crowning of British monarchs.

During King David’s reign over ancient Israel, God expanded the scepter promise: “And when your [David’s] days be fulfilled, and you shall sleep with your fathers, I will set up your seed after you…and I will establish the throne of his kingdom forever…And your house and your kingdom shall be established forever before you: your throne shall be established forever” (II Sam. 7:12-13, 16).

God promised that He would never allow the Davidic line to end. And God never breaks His word. He declares: “I have spoken it, I will also bring it to pass; I have purposed it, I will also do it” (Isa. 46:11). When God says a throne will be established forever, He means it!

Therefore, David’s throne must exist somewhere on Earth today. And it must be a long-held line. What other unbroken monarchy has historical ties to ancient Israel? What other lineage of kings and queens are coronated on Jacob’s pillow stone?

After David died, his son Solomon reigned in his place: “Then Solomon sat on the throne of the Lord as king instead of David his father, and prospered” (I Chron. 29:23).

Notice that it is “the throne of the Lord”—not of David!

In the New Testament, the same promise is confirmed. In Luke 1, an angel told the mother of Jesus, “…you shall conceive in your womb, and bring forth a son, and shall call His name Jesus. He shall be great, and shall be called the Son of the Highest: and the Lord God shall give unto Him the throne of His father David: and He shall reign over the house of Jacob forever; and of His kingdom there shall be no end” (vs. 31-33).

While men and women—now in the form of the British monarchy—have been occupying David’s throne for thousands of years, it is ultimately Christ’s throne—which He will claim.

Some use this to promote the racist idea of “British Israelism,” which equates the nation’s former empire with God’s Kingdom. However, Christ’s reign on the throne now held by England’s monarchy does not make Britons superior.

God also prophesied a blessing that the descendants of Jacob, including Britain and the United States, would receive. He stated, “be fruitful and multiply; a nation and a company of nations shall be of you” (Gen. 35:11). (Read David C. Pack’s book America and Britain in Prophecy to learn how God has delivered what He promised.)