This website requires the use of Javascript to function correctly. Performance and usage will suffer if it remains disabled.
How to Enable Javascript
Brexit Through the Eyes of a Dutchman Living in London

Brexit Through the Eyes of a Dutchman Living in London 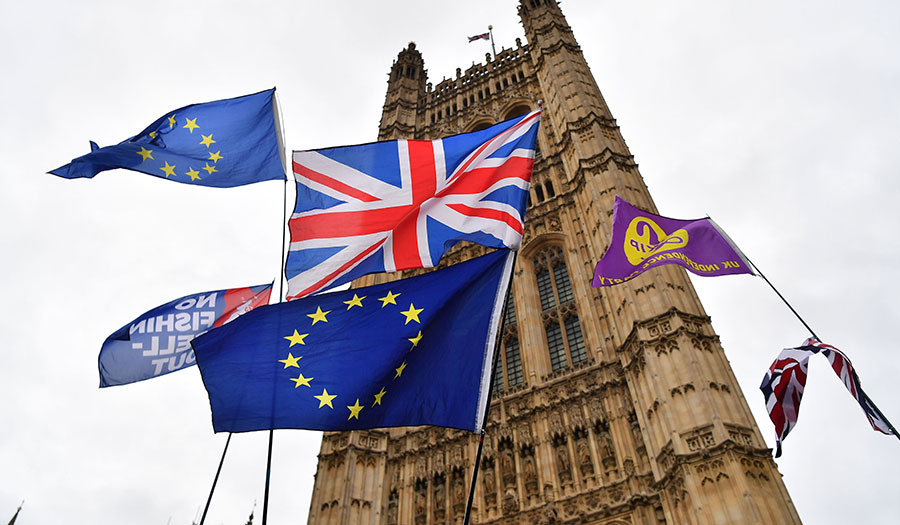 In September 2016, months after the Brexit vote, I received a new assignment to pastor church members in the United Kingdom. I packed my bags and began to move from my home country, the Netherlands.

After giving notice to my employer in Holland and putting my house up for sale, I moved with all my belongings to an apartment in London in February 2017.

As a minister for The Restored Church of God, the publisher of this magazine, I travel frequently to visit Church congregations throughout the United Kingdom and continental Europe—from Belgium to Greece and everywhere in between. This allows me to see and hear many different perspectives on Britain’s divorce from Europe.

More than two years after my move, the deadline for Brexit is now around the corner. The realities are looming large for me and those in my pastorate.

On March 29, the UK will depart from the EU. There is uncertainty over how businesses and citizens will be affected if the date passes without an exit agreement. British lawmakers on January 15 voted to reject Prime Minister Theresa May’s EU divorce deal, and attempts to find a replacement have been gridlocked.

A growing number of UK firms have braced for disruption by stockpiling goods or shifting operations overseas. Nearly a third of the firms may shift their operations abroad because of Britain’s looming departure.

If a no-deal Brexit does occur, it would also disrupt ordinary travel and trade. I live close to London’s Stansted Airport, the city’s third-busiest airport, which primarily hosts flights to Europe. And the ferry port of Dover is not too far from where I live either.

Both Stansted Airport and the port of Dover will be severely affected if there is no deal between the UK and the EU, as visas and customs would cause delays and cancellations.

Perhaps the most disconcerting issue that could arise from a hard-Brexit is the resurgence of hard borders, particularly the only land border between the EU and UK: Northern Ireland and the Republic of Ireland.

One member in my pastorate who lives near the border said the reestablishment of hard borders could “bring Ireland back 25 years.” She continued by recounting a story from her childhood.

“When I was young, the borders surrounding our area had army units. The back roads were not manned. Main roads are. There are 283 main roads on the northern border while there are another 283 by roads that are not manned. These roads became inhibited by IRA smuggling. My dad had the end of a rifle pointed at him through a small opening in his window by men dressed in balaclavas. They wanted his car. My dad courageously refused to get out and told them he wanted to see their superior. Another man approached, also wearing a balaclava, who recognized my dad and said, ‘On you go.’”

“It is not physically possible for the EU to put a border between north and south. They simply don’t have enough people to man the borders. Trying to do so would only bring back smuggling. When we used to have a border, there were only 10 official border crossings. The customs had mobile units on the road all the time trying to catch smugglers.

“On the front of our local newspaper, the headline stated, ‘Gardai [Irish police force] looking for volunteers to man the border.’

“Is this a sign of things to come? We will have to wait and see.”

A member who lives in London stated, “The uncertainty is worrying many, it’s causing complications for some, and warnings of food shortages and dire consequences are abundant.”

Food shortages would come because “one third of the UK’s fresh produce comes from the continent via Calais and into Dover,” another member stated. “There is only a 24-hour window for this to be achieved to keep products fresh, and that is very unlikely to be maintained with the bureaucracy that will surely come with Brexit.

“Those living in the southeast of the country will see more congestion on the roads while large heavy goods vehicles have to stack up on the motorways, due to the increased time it will take them to be processed through the ports. Plans to ease the situation include the opening of a large disused airfield to hold these container lorries. This will inevitably push up the price of food in the UK.”

So, for me and the members in the Church naturally there are causes for concern. Major delays at vital transportation hubs would make it more difficult for members to travel into and out of the country for church functions.

Brexit has led to a lot of anxiety in the British populace. “Brexit fatigue” has begun to affect citizens so much so that some who voted “Yes” to Brexit are stating they regret their decision simply because it has been such a long, tiring process.

Another member noted the polarizing effect of the divide among the British citizenry: “What’s striking is the level of tribalism that’s forming. The country is divided almost down the middle with those who voted in 2016 to leave becoming increasingly agitated and feeling betrayed because a second referendum, which is increasingly likely, would render their vote to leave useless. Some ‘Leave’ voters are so dejected, they have gone as far as to say they wish they’d never trusted the government to deliver the ‘will of the people.’ Others have even said they wish they had voted to remain because the withdrawal agreement seems worse than the current relationship. Those who voted to remain seem gleeful at the turmoil within the government and countless humiliations the prime minister has endured both home and away trying to secure her deal.

“There is a very real possibility of rioting in the streets and the government reportedly has 3,500 armed forces personnel on standby should Britain leave the EU with no deal. There is equal possibility of unrest should there be a second referendum. The UK is headed into an ominous and precarious future.”

I have heard firsthand stories from Polish workers who complained about the pound dropping in value and thus resulting in less zlotys (Polish currency) going to their family members on the Continent. The Polish are to a large extent the English workforce, and their departure if economic conditions continue to deteriorate could devastate the UK economy.

Those in other European countries do not always understand why Britain chose to leave the union. My homeland, the Netherlands, is one of the biggest UK partners in trade and the British heavily rely on Europe’s biggest harbor, which is in Rotterdam. A separation between the two nations would negatively affect this relationship.

France’s government has scrambled to detail a readiness plan in the case of a no-deal Brexit. Its parliament adopted a law allowing emergency measures including things like extra customs officers after Brexit, and a temporary rule allowing Britons employed in France to keep their jobs.

Among other European nations, the debate in Britain over the past two years has, according to a member in Hungary, “widened the divide between those who are liberals, who believe in open borders and welcome migrants, and those who believe in nation states, protected borders, and all the ideologies that come with it.”

Poorer European countries, mostly those in the east, do not understand why Britain would leave the EU because they have seen their economies revive and standards of living increase as a result of being in the EU. For them, leaving the EU means leaving the stability and the prosperity it has brought to them since the Berlin Wall fell.

But whether understood or not, we are left to see what will take place in the coming weeks when the deadline passes, and what the effects will be months, even years out.

Restored Church of God members here in England are understandably uncertain about the Brexit ordeal, but they understand that their lives are in God’s capable hands and are therefore not dreading the future.

Readers of this magazine do not have to be in the dark about the future of Britain, either. Read our book America and Britain in Prophecy (rcg.org/aabibp) so you can arm yourself with confidence in these uncertain times.