This website requires the use of Javascript to function correctly. Performance and usage will suffer if it remains disabled.
How to Enable Javascript
Was Holiday Shopping Worth It?

Was Holiday Shopping Worth It?

The overspending linked to the holidays only compounds America’s chronic debt problem. 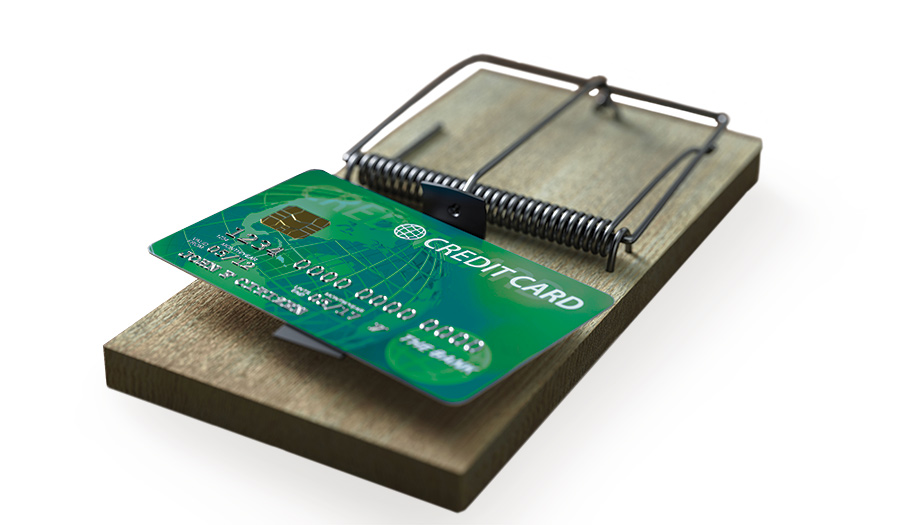 The problems with Christmas go well beyond its pagan roots. In 2017 the average consumer racked up $1,054 of debt over the holiday season. Worse, 44 percent accumulated well over this amount with 5 percent taking on more than $5,000 in balances—all in a matter of weeks!

Holiday debt leaves retailers delighted and consumers miserable. Festive shoppers spend liberally during the holidays with every intention of paying it off over the coming months. Yet these good intentions often fall woefully short. More than a few are still paying off the previous year’s holiday debt—with interest—by the time the next season rolls around.

Year after year, this financial indebtedness is driven by the pressure to make the holidays “special” for family and friends. But instead of a “happy holiday” season it is a season filled with stress leading to strained relationships and poor health. For instance, lawyers call the first working Monday of the year “Divorce Day” because of the increase in the number of people looking to end their marriages following the stress of Christmas and New Year’s Day.

Much of this anxiety is financially driven. According to Vital Smarts, 50 percent of Americans blow through the money they budgeted for the holidays. A third use credit cards to fill the gap—meaning the stress associated with increased debt is all but guaranteed to linger for many more months, if not years.

The overspending linked to the holidays only compounds America’s chronic spending problem.

There was a time when consumer debt was measured in millions. Then it was billions. By the end of 2018, non-mortgage debt owed by consumers was projected to reach a staggering $4 trillion!—with no sign of reversal.

Crushing Debt Is the “New Normal”

With debt ensnaring so many of his clients, a noted consumer bankruptcy expert now believes the middle class is better termed the “debt class.” He went on to share his thoughts on what worries him most about the worsening debt crisis.

“A growing number of the clients we see have all the trappings of a middle-class lifestyle—they’re gainfully employed, own a home and from the outside seem fiscally responsible—but it’s built on a foundation of debt and bad financial decisions.”

Underscoring the role of credit cards in compounding the problem, he added, “Most clients in significant debt trouble today would not be in that situation had they simply funded their lives by cashflow instead of credit.” He is not alone in this observation. Time and again, financial counselors see the impact of what has been termed the credit card trap. The ease of swiping a piece of plastic blinds many to the very real consequences of their financial decisions.

Life has become unaffordable to many seeking a lifestyle beyond their financial means. Cheap debt only fuels their temptation. Instead of restraint, consumers have become comfortable using credit to fill the gap between what they want and what they can truly afford. Credit card companies, seeking to capitalize on this lack of discipline, happily extend increased lines of credit to customers shifting their maxed-out credit card balances. These extended limits give spenders little to no reason to change their money habits. Soon, what was a $5,000-$10,000 problem becomes a $15,000-$20,000 (or more) problem for consumers attempting to juggle their bills.

As a result of this vicious cycle, what once were extreme cases of financial indebtedness have become the “new normal” as consumers routinely accumulate debt that would take a lifetime to pay off.

A Federal Reserve survey published last year revealed that 35 percent of Americans would not be able to pay their bills if faced with a $400 emergency. Personal savings rates are a meager 2.5 percent. These and other factors explain why so many are forced to live paycheck to paycheck.

If this describes you, it can feel impossible to know where to begin. No one wants to be in debt. Owing vast sums to others can put an unbearable burden on individuals and families. Can you work your way to a better tomorrow? Yes. But it will take work.

The path toward a debt-free future starts with a proper understanding of what belongs to you and—just as important—what does not.

Most are programmed to believe that what they have—the things they earned—belong to them. This is only partially true.

Understand. Everything we possess is not ours “free and clear.” Does it surprise you to hear this? It should not. The concept of “partial ownership” is easy especially when you consider that most Americans need help with expensive purchases such as a home or a car. The vast majority are forced to go into partnership with a bank or other financial institution willing to let them borrow the funds needed for the purchase with a promise from the consumer to pay it back. From there the financial institution holds a lien, giving them partial ownership of these otherwise unaffordable items.

Grasping this simple concept on a grander scale will open your mind and bring you to a better perspective on your current and future possessions.

Everything you own in fact does not belong to you—even if you paid for it outright. There is a Being—a “lien-holder” if you will—that truly owns everything and is happy to allow us to use it. This Being is God who at one point declared, “For all the earth is Mine” (Ex. 19:5). He also said, “Behold, the heaven and the heaven of heavens is the Lord’s your God, the earth also, with all that therein is” (Deut. 10:14). The Earth and everything on it belongs to God.

At best, we only have “partial ownership” over all our possessions.

Embracing this partnership with God in terms of your possessions, including your finances, is the first step to working your way out of financial misery. Many have trusted Him in this regard and do not regret it.

For more on a proper view of your finances and practical ways to free yourself from the scourge of debt, order our free booklets End All Your Financial Worries and Taking Charge of Your Finances.

These easy-to-follow texts will help you come out of insurmountable debt and toward a much happier life.