This website requires the use of Javascript to function correctly. Performance and usage will suffer if it remains disabled.
How to Enable Javascript
Your Diet: Can Less Be More?

Your Diet: Can Less Be More? 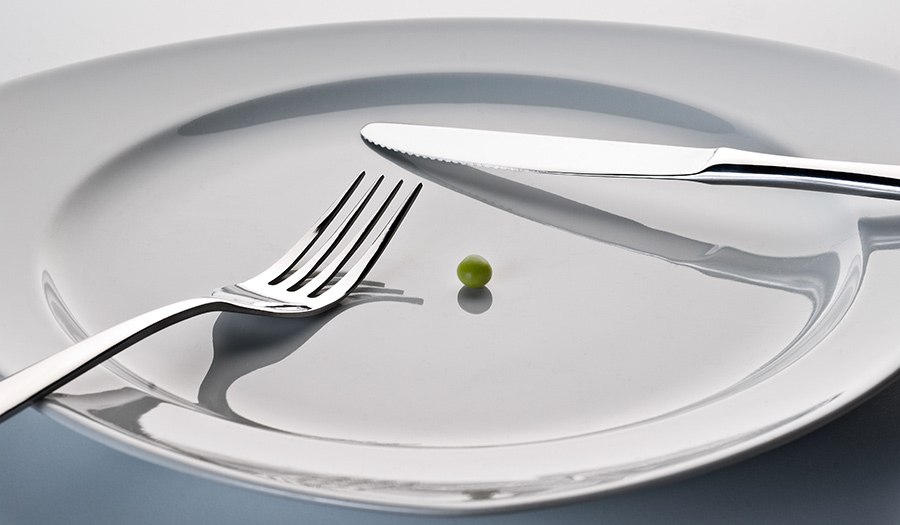 As people age, their stem cells—the source for all the types of cells in the body including bone to hair to stomach—naturally slow down regenerating. This decline can make it difficult to recover from gastrointestinal infections or other conditions that affect the intestine.

But, according to a new study from MIT biologists, this age-related loss of stem cell function can be reversed by implementing a simple health practice: a 24-hour fast.

The MIT researchers found that fasting dramatically improves stem cells’ ability to regenerate, in both aged and young mice. In fasting mice, cells begin breaking down fatty acids instead of glucose, a change that stimulates the stem cells to become more regenerative.

“Fasting has many effects in the intestine, which include boosting regeneration as well as potential uses in any type of ailment that impinges on the intestine, such as infections or cancers,” said Omer Yilmaz, an MIT assistant professor of biology and one of the senior authors of the study, which appeared in the May 3 issue of Cell Stem Cell.

While this most recent study explored how fasting exerts its effects at the molecular level, scientists have known for decades that low caloric intake is linked with enhanced health.

One of the most well-researched benefits of abstaining from food and water in a structured way is that it boosts longevity.

“There are hundreds of studies showing that when animals are fed fewer calories they live longer,” Dr. Joel Fuhrman, a physician from New Jersey, said to WebMD.

“The excess calories Americans eat shorten their lives,” he continued.

An article on News Atlas explained further: “Inside cells mitochondrial networks generally alternate between two states: fused and fragmented. Using nematode worms, an organism useful for studying longevity as it only lives for two weeks, the study found that restricted diets promotes homeostasis in mitochondrial networks allowing for a healthy plasticity between these fused and fragmented states.”

“Our work shows how crucial the plasticity of mitochondria networks is for the benefits of fasting. If we lock mitochondria in one state, we completely block the effects of fasting or dietary restriction on longevity,” senior author of the study William Mair stated in the article.

“Low-energy conditions such as dietary restriction and intermittent fasting have previously been shown to promote healthy aging,” said Heather Weir, lead author of the study.

It reported that mice that went on a restricted diet for three days “shed fat and were 45% less likely to fall victim to cancer. During their lean…episodes, their level of blood sugar fell by 40% and the amount of insulin in the blood was 90% lower. And although brainpower usually declines with age, the mice retained more of their mental ability; they bested control animals in two kinds of memory tests, perhaps because they produced more new neurons in the hippocampus, a brain area crucial for memory.

Lead author of the study Valter Longo and “colleagues also uncovered evidence that the regimen boosted the animals’ capacity to restore and replenish their tissues. ‘That’s the most exciting’ finding, Longo says. For instance, regeneration of the liver was quicker in the fasting animals, and the balance of different types of cells in their blood was more youthful. The numbers of certain stem cells also soared in the dieting rodents.”

Spiritual fasting—abstaining from all food and liquids for a specific, non-physical purpose—has been practiced since biblical times. In contrast, physical fasting generally permits certain amounts and types of liquids.

For physical fasts, there are two common types: water fasting, and juice fasting, which is generally more popular.

In juice fasting, the alkali-forming fruit and vegetable juices increase the healing effect of fasting. It accelerates the elimination of uric acid and other inorganic acids. Natural sugars in juices also strengthen the heart during the fast. Juice fasting can be done over a longer period of time due to the nourishment provided, which does not interfere with the process of autolysis—the process by which the body burns fat stores to convert into energy.

Other positive changes that occur in the body during a juice fast include the removal of toxins and dead cells from the body, the cleansing of the liver and other organs, and the stabilization and normalization of nervous and mental functions.

Be sure to conduct personal research before commencing any fast. You may also want to discuss it with a personal physician. Not all fasting programs are one-size-fits-all, and there are health risks if you fast for too long. Those with existing conditions, including but not limited to diabetes, should seek medical advice from a qualified practitioner before undergoing a fast for the first time.

Our book God’s Principles of Healthful Living explains more of the physical benefits of abstaining from food and water for short periods, as well as many other laws our bodies were designed to follow to remain in good health.