This website requires the use of Javascript to function correctly. Performance and usage will suffer if it remains disabled.
How to Enable Javascript
Get Ready for a Surge of Gambling Addiction

Get Ready for a Surge of Gambling Addiction

More Americans are gambling, and that is set to increase further after a federal decision to allow sports betting. While this may bring financial benefits for governments, there is an unavoidable price society will have to pay. 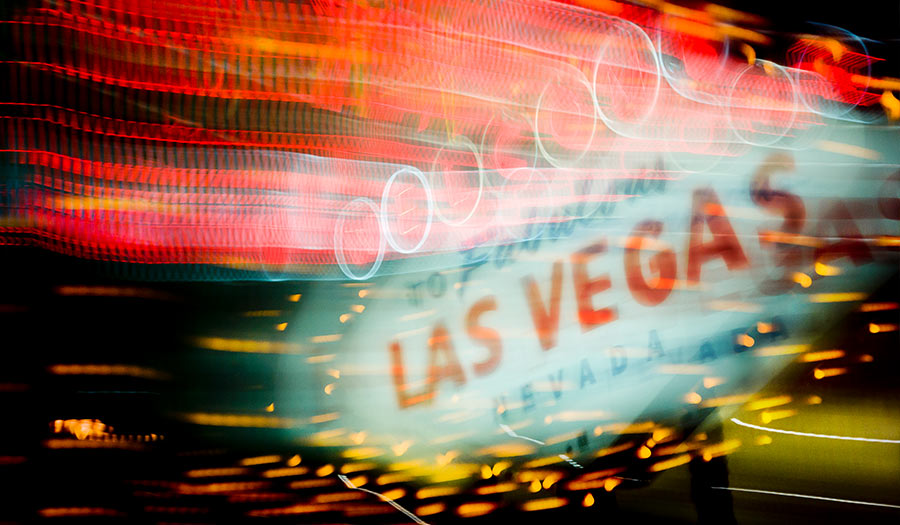 On May 14, the United States Supreme Court cleared the way for states to legalize betting on sports, breaking a ban that has been in place since 1992.

For sports leagues and gambling industries, the imminent expansion of sports betting promises a bonanza. For the experts and organizations already concerned about pervasive problem gambling, it promises a whole new roster of worries.

Modern sports betting presents a much greater danger to gamblers in that it is accessible to them at any time and location via their mobile phones.

There is particular alarm over the anticipated explosion of so-called “in-game wagering” in which gamblers bet, often at a rapid pace, on play-by-play developments—for example, will the next football play be a run or a pass.

“You lose track of time,” said Les Bernal, national director of Stop Predatory Gambling. “The goal of the operators is to get you into a zone where you lose your financial reasoning and think of nothing except betting.”

Prior to the U.S. Supreme Court ruling, only four states were allowed to offer sports betting and only Nevada offered betting on single games. Now that the court has lifted those bans, there are expectations that most states will offer sports betting within a few years in a play to raise tax revenue. Delaware legalized it in June.

“In the short term, the primary beneficiaries of the Supreme Court’s decision are likely to be the established casinos and gaming companies in New Jersey that handle the action from Jets fans visiting their local horse track,” Bloomberg reported.

But Readyfire Inc., a fledgling sports gambling company, “is betting that legal sports betting will expand until it’s commonplace for people to place wagers on their phones during lulls in the action instead of checking Twitter. As it aims to create many new gamblers, Readyfire is developing games that will appeal to people who are unlikely ever to set foot in a casino or cultivate a relationship with the neighborhood bookie.”

“We think this is the biggest expansion of gambling in our nation’s history, in one fell swoop,” said Keith Whyte, executive director of the National Council on Problem Gambling. “Absolutely, categorically, there will be more risk factors for addiction—we’ve never had that much high-speed, high-stakes interactive access to any sort of betting.”

The council wants any company, sports league or government that benefits from sports betting to devote at least 1 percent of the revenue to fund programs preventing and treating compulsive gambling. It also wants betting operators to train staff about problem gambling, set and enforce a minimum age limit, and enable gamblers to set limits on how much time and money they spend betting.

Yet Mr. Whyte is skeptical that state lawmakers and the gambling industry—even if they pay lip service to problem gambling—will take sufficiently tough action.

Nationwide, the generally accepted figure for gambling addiction is 2 to 3 percent of the U.S. population, according to Neva Pryor, who runs New Jersey’s Council on Compulsive Gambling. But in New Jersey, which until recently had the nation’s second-largest casino market, that figure is over 6 percent.

And that is without legal sports betting just a click or call away.

“We’re going to be adding fuel to the fire of an already serious problem,” Ms. Pryor said.

Calls from people who have gotten in over their heads betting on sports currently account for 5 percent of all calls to the council’s 800-GAMBLER hotline.

Arnie Wexler, who once held Ms. Pryor’s current job, says problem-gambling treatment programs should be bracing for a surge of business.

“This is going to be a volcano two years from now, because two years is typically how long many gamblers take before they start seeking help,” he said.

“I’m lucky I quit in 1983,” said Mr. Lefkowitz, who started a gambling treatment program in Long Beach, Washington. “Back then, maybe you could bet by the quarter [of a game]. Now you’re betting every minute, and that frequency makes it more addictive.”

The growth of sports betting highlights the fact that many more Americans are gambling. With the continuing improvement of the economy—falling unemployment rates and increasing wages—people have more cash on hand to be willing to take more risks.

The American Gaming Association reported in its late-2017 State of the States that “America’s commercial casino industry enjoyed a record-setting year in 2016, with nationwide consumer spending on casino gaming increasing by 1.1 percent to reach a total of $38.96 billion.”

Nevada itself scored three straight months of $1-billion profit from gambling during January through March, a streak the state had not seen since 2008. Much of that was driven by sports wagering, specifically the NCAA basketball tournament in March. (Nevada was the only state where sports betting was completely legal prior to the Supreme Court decision in May.)

With the public’s appetite for betting increasing, other states are looking to win big as well—adding much needed tax income to cash-strapped governments. “Sports betting is a huge business,” Forbes reported. “The American Gaming Association (AGS) estimates that $107 billion is wagered on sports illegally each year (though estimating illegal activity is always dicey). And tax revenue, collected as income tax on winnings and as an excise tax on casino revenue less those winnings (called gross gaming revenues or GGR), could easily add up.”

Despite all the potential benefits for state governments, there is an unavoidable price to pay.

According to the National Center for Responsible Gambling, as many as 4 million Americans have a gambling disorder, including addiction or compulsive gambling.

As with being hooked on drugs or alcohol, gambling addiction is very difficult to overcome. Many addicts do recognize the harm they cause themselves and loved ones but continue to give into their cravings anyway.

“When you’re dealing with an addict active in their addiction, they’ve lost all judgment,” Valerie Lorenz, author of Compulsive Gambling: What’s It All About?, told The Atlantic. “They can’t control their behavior.”

Some gambling addicts have even stated that they experience a high similar to those caused by drugs or alcohol. This occurs because the psychological response is the same—a high tolerance for dopamine.

The Atlantic reported: “Neuro -scientists have discovered characteristics that appear to be unique to the brains of addicts, particularly in the dopaminergic system, which includes reward pathways, and in the prefrontal cortex, which exerts executive control over impulses. ‘We’ve seen a disregulated reward system,’ says Jon Grant, a professor in the department of psychiatry and behavioral neuroscience at the University of Chicago. ‘The frontal parts of the brain that tell us “Hey, stop!” are less active, and parts that anticipate rewards tend to be stronger.’”

Gambling addicts can even develop withdrawal symptoms if they have not been engaged for a while, including headaches, insomnia, anxiety, panic attacks, and heart palpitations.

Dependence leads to problems with finances, puts strain on relationships, and can even cause gamblers to skip work, sleeping or eating in order to feed their habit. According to the American Psychiatric Association, someone with a gambling disorder may demonstrate the following characteristics:

Ultimately, increasing guilt and shame associated with such compulsive behavior often leads to utter despondency. According to the National Council on Problem Gambling, one in five gambling addicts attempt suicide. This is the highest rate among addicts of any kind.

One example was reported in The Atlantic. Scott Stevens was a chief operating officer at steel company Ampco-Pittsburgh. Naturally, with his job and a degree in business and finance, he was meticulous with money—both business and personal. When he first met his wife, Stacy, in 1988, he insisted that she pay off her credit card debt immediately.

Despite a six-figure income, he became a compulsive gambler after winning a slot machine jackpot in a Las Vegas casino in 2006.

Sometimes he scored hundreds of thousands in one day. But he lost a lot more—as much as $4.6 million in a year. In addition, he lost his job after it was discovered he wrote company checks to feed his habit. Finally, after secretly spending up much of his 401(k), maxing out his credit cards, and losing all of a $110,000 personal loan, he decided that his family could not succeed with his gambling habits—and he took his own life.

Similar stories are tragically common: an NFL player committed suicide after accruing $40,000 in Las Vegas gambling debt; a 24-year-old student lost all his financial aid money to gambling and subsequently killed himself; a young accountant jumped from his office in a London skyscraper because his gambling addiction spiraled out of control.

On top of this, there are attempted suicides, divorces and many other tragedies that come with the practice.

And many are subject to it. A Gallup poll from 2016 revealed that nearly two-thirds of Americans admitted to gambling in the past year. Though only a very few of those who have gambled are considered problem gamblers, anyone can quickly succumb to an addiction.

The Supreme Court’s ban, called the Professional and Amateur Sports Protection Act of 1992, outlawed sports betting in most states because of its effects on society. It found after a number of public hearings that sports gambling “is a national problem. The harm it inflicts are felt beyond the borders of those States that sanction it.”

Even the commissioner for the National Basketball Association said that the “ramifications of sports betting are a compelling reason for federal legislation.”

But values have changed—not just for the government, but also for the public.

A YouGov poll taken after the May 2018 Supreme Court ruling found that more Americans favor making sports gambling legal (42 percent) compared to the percentage of those who oppose it (26 percent). In addition, most Americans (68 percent) see gambling as morally acceptable.

Gambling is widely seen as acceptable because it, for the most part, only ends up harming a small percentage of people. Most who engage in it win some, lose some, and at the end of the day are able to walk away and resume their lives, no harm done.

This prompts another question. Who or what decides whether something is morally acceptable?

The common answers to this: the majority, the statistics, or simply what feels right to the individual. Other answers sound much more intellectual: “ethical egoism,” “virtue ethics,” and “utilitarianism,” all terms for various sources of morality that people adopt to determine how they live.

Many Americans base their morals on what the Bible teaches. They do this because of family traditions or personal convictions. Most simply “have faith” that what the Book says is true.

The Bible does contain detailed guidelines for how to live. Yet why should anyone believe a book written thousands of years ago with no proof? If such evidence exists, then this Book—God’s Word—could be seen as the absolute source for determining right versus wrong, including on gambling policies.

Such proof does exist! You can know for certain whether to believe what you read in the pages of Scripture. The booklet Bible Authority...Can It Be Proven? can walk you through this process.

All of society could benefit from what the Bible teaches—including regarding gambling. Yet you can apply it individually and experience the many blessings that flow from living God’s Word.