This website requires the use of Javascript to function correctly. Performance and usage will suffer if it remains disabled.
How to Enable Javascript
Out of Touch: The Problems with No Longer Exploring Nature

Out of Touch: The Problems with No Longer Exploring Nature

The modern world makes it incredibly easy to lose touch and fascination with our natural surroundings. This tendency negatively effects our health, well-being and families. 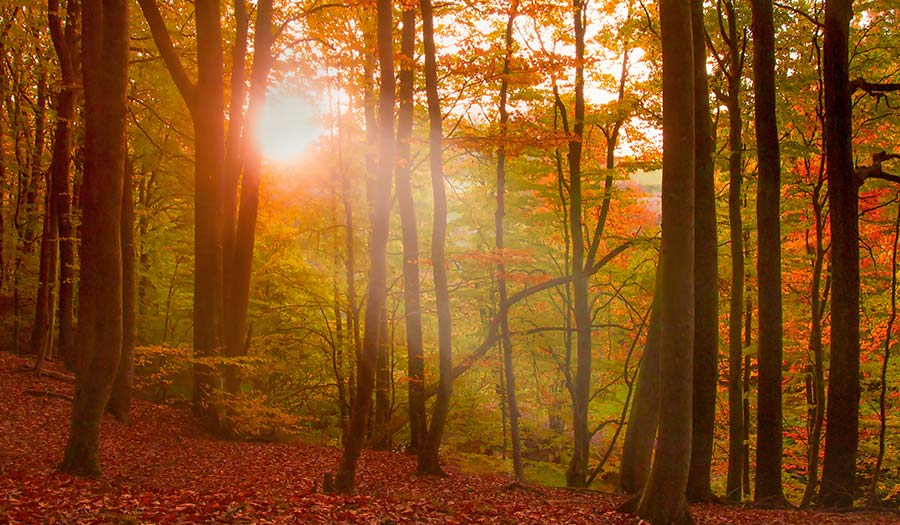 If you were asked to describe how a cashew grows—could you? You might assume it grew like a peanut, buried underground and surrounded by an inedible outer covering. Or perhaps you would associate it with a tree nut such as an almond, which grows on the end of hanging limbs.

Both guesses are partially correct but only tell part of the story. Cashews do grow inside a shell hanging from a tree, but they are practically unrecognizable in their natural form.

A cashew tree has “cashew apples” that are pear-shaped, waxy, red-and-yellow fruit. Although these are edible, they are actually considered the tree’s pseudo fruit (or false fruit). The true fruit is a kidney-shaped drupe that extends from the bottom of each “apple” and encases the familiar cashew.

All three parts—the apple, the fruit, and the nut—are useful for things such as wines, tea, juices and jams, lubricants, paint and, of course, the well-known protein-rich snack.

The cashew tree is but one wonder of nature—probably one most of us have never considered. Yet the more we come into contact with the variety and uniqueness of the natural world, the more we are awed.

However, times are changing. People are slowly losing touch with nature and the marvels it contains. Even basic knowledge of our natural world is eroding.

According to a British wildlife study commissioned by Jordan Cereals, almost 70 percent of Britons described themselves as losing touch with nature, with nearly one in seven saying that they had not visited the countryside in two years.

The same study revealed that one-third could not identify a barn owl from a photo, two-thirds had no idea what a turtle dove was, one-in-five said they had never seen a toad, one-in-three could not identify an oak tree, and three-quarters were unable to pick out a hawthorn or ash tree.

Unsurprisingly, 37 percent of parents in Britain admitted to being unable to teach their children about plants and animals. This disconnect from nature also extends to people in other parts of the world.

Though facts of nature abound and are immediately available in a Google world, by choosing to not come into direct contact with nature, many remain virtually ignorant about the environment surrounding them.

This trend comes with a host of problems.

While most people enjoy getting a breath of fresh air outdoors, very few actually do. According to the United States Environmental Protection Agency, Americans spend a whopping 87 percent of their time indoors—and an additional 6 percent inside vehicles. This leaves a paltry 7 percent of time spent outdoors.

With more living in urban landscapes, the topic of “green space” is a major consideration for city planners. For decades, countless studies have been conducted to determine the positive effects nature has on human beings.

One such study, published in American Scientist in 2006, found that certain opioid receptors in the brain were stimulated when a person viewed nature, meaning that being in nature can actually help alleviate pain!

The study therefore showed that not only does exposure to nature make us feel better, it also makes us more effective.

On the other hand, those with less access to nature often experience physical and mental health problems. A Johns Hopkins University study found that childhood asthma sufferers who lived farther away from parks experienced 20 percent more symptomatic days for every 1,000-foot distance versus those living closer.

In addition, a compilation of studies published by The Conversation found that urban dwellers in Australia have a 39 percent higher risk of mood disorders and 21 percent added risk of anxiety disorders versus their rural counterparts.

Clearly, our exposure to nature directly affects our health. Losing touch with it seems to have negative effects, whereas regular exposure improves our overall well-being and, according to Business Insider, can even lower our mortality rate by up to 12 percent.

You may not have thought of it, but losing touch with nature also can ultimately have a detrimental impact on our survival as a species. Urbanization and separating ourselves from the natural environment is making us forget where our sustenance comes from.

Directly tied to our overall health is the food we eat. In every society, knowledge of what is food and is not is passed down from generation to generation. What, where, when to look, and how to extract essential nutrients from our natural environment are all matters of survival and, in our modern time, is increasingly being outsourced to big business. Individually being unable to identify, grow or harvest food in its natural state is increasing and can be a big problem.

The Daily Express published a study in which 65 percent of Britons 25 years and under did not know what a pruner was while a striking 10 percent under 35 were unfamiliar with a hose—both of which are essential for gardening. Even more shocking is the fact that 77 percent have never grown vegetables in their garden.

In a later study conducted in Australia, 92 percent of children between 6 and 17 years of age did not know bananas grew on trees, 50 percent did not know beetroots grew in the ground, and 75 percent could not identify a radish or a leek, according to News.com.au.

“It’s a shame that so many Aussie kids seem to be unaware of where fresh fruit and veg comes from, especially in a country that is home to such beautiful and delicious produce,” world-famous chef Jamie Oliver told the media outlet.

Some have attempted to take on the task of educating people about their food. Yet the issue of food ignorance continues to grow. Parents are becoming increasingly unable to pass down this vital survival information to the next generation.

Ultimately this ignorance of nature, and the food that comes as a result of it, becomes an issue of global proportions. As the human population explodes beyond 7.5 billion and our arable land continues to decrease—down 33 percent over the last four decades, according to The Guardian—with it goes our food supply.

The idea that man is tied to nature is not new. In the Bible, Genesis 2:7 states that man himself was created from the dust of the ground. The account goes on to state that God directed the first humans to “dress and keep” the surrounding environment (2:15) as well as “have dominion over the fish of the sea, and over the fowl of the air, and over every living thing that moves upon the Earth” (1:28).

Mankind is to work and till the land for food, all while guarding and protecting the integrity of the plants and animals. Logically, the way to accomplish all this most efficiently and effectively is to have a rich understanding of nature. This only becomes possible by taking the time to learn and appreciate the different, intricate, beautiful and essential natural beauty that surrounds us.

If you have not taken the time recently to connect with nature, it is not too late. Commit next spring to start a small garden in your backyard or from a hanging pot in your kitchen. Make a commitment in the next few weeks to visit a botanical garden. Pledge in the coming days to visit a local park or even just take a walk around your neighborhood for contact with fresh air and trees.

These are just a few of many ways for you to incorporate contact with your natural surroundings on a regular basis.

So get outside! Take care of your health and well-being by doing what you were designed to do—be in touch with nature!