This website requires the use of Javascript to function correctly. Performance and usage will suffer if it remains disabled.
How to Enable Javascript
In a Hyper-connected World, Why Do We Feel So Alone?

In a Hyper-connected World, Why Do We Feel So Alone?

People are increasingly lonely, even in a world connected by technology. God’s Word teaches how to buck the trend and cultivate close friendships. 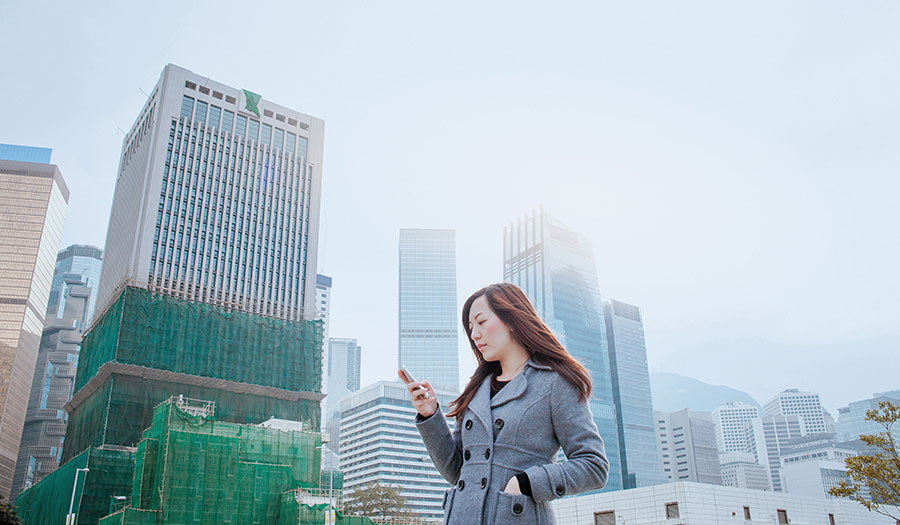 In a world of online communication and instant connectivity, people have more “friends” than ever. But there is one thing they are losing: close friends.

A study by the charity Relate revealed that 1 in 10 people in the United Kingdom do not have a close friend, and 3 percent reported having no friends at all. In addition, 19 percent said they never or rarely felt loved in the two weeks before the survey.

One person wrote about her personal experience of lacking close friends in The Washington Post: “Friends lived mere subway stops away, dispersed between neighborhoods. I’d see them every few weeks, enjoying the intimacy of reunion. But in the quiet moments, the rides from work or on solo weeknights—time I once spent at dining halls or libraries, surrounded by friends—I became fixated on what I lacked. At 22, I’d senselessly stress about who would be my maid of honor, who would rock beside me at the nursing home and who would star in the reckless, exaggerated stories I’d tell my kids someday.”

According to John Cacioppo, the director of the Center for Cognitive and Social Neuroscience at the University of Chicago, prolonged loneliness triggers the same response as hunger, thirst and physical pain—it drives a person to seek human contact. If left unsatisfied, depression follows.

Loneliness has been affecting increasing numbers of people over the past few decades. According to Fortune: “The percentage of Americans who responded that they regularly or frequently felt lonely was between 11% and 20% in the 1970s and 1980s [the percentage varied depending on the study].

“In 2010, the American Association of Retired Persons (AARP) did a nationally representative study in 2010 and found it was closer to 40% to 45%. And a recent study done on older adults out of University of California – San Francisco put it at 43%. In our own longitudinal studies, we’ve seen it at about 26% and longitudinal studies in Europe have found around the same thing…”

The irony here is that these statistics coincide with the increased use of social media applications that allow users to routinely amass lists of friends and followers.

How can you buck the trend, cultivate close friendships, and reap all the mental and physical benefits that come from such relationships?

Visit a bookstore or scour the internet and you will discover countless self-help books and guides addressing virtually any problem. People are not naturally born with the ability to manage a marriage. Parents do not instinctively know how to rear happy, healthy children. And men and women do not automatically know how to find and sustain intimate, personal friendships.

Each person must be taught.

Of course, well-intentioned books can help us learn some helpful general principles. But there is an ancient instruction book containing priceless knowledge that was laid out specifically for mankind. Most people dismiss it, but its words bring depth of understanding that surpasses all of man’s books combined.

That book is the Bible. It contains instructions from our Creator that teach us how to successfully get along with other people.

Jeremiah 10:23 reveals that “the way of man is not in himself: it is not in man that walks to direct his steps.” While physical knowledge can be attained through trial and error, true spiritual understanding must be revealed.

The Word of God sheds light on the topic of friendship. It defines healthy, personal relationships between friends—and instructs us how to develop, nurture and maintain them.

The Bible advises readers, “…there is a friend that sticks closer than a brother” (Prov. 18:24).

Such friends stick closer than family members because they are family, in that, they share the same beliefs, the same values, the same goals, the same passions and desires—and they share the same willingness to sacrifice their very lives and freedom for what they believe. They are also comfortable confiding secrets, sharing innermost thoughts, bearing the full brunt of their emotions toward one another while speaking face-to-face. They are even comfortable with each other in silence.

It is this type of connection that Jesus and the apostle John shared. Both had in common a personal focus on love, which the Bible defines as genuine, outgoing concern for others. Numerous accounts describe John as the disciple whom Jesus “loved” (John 13:1; 21:20). John, who came to be known as the apostle of love, devoted much of his accounts to expand on the importance and meaning of love.

The biblical definition of love, which includes the desire to selflessly give, is a prerequisite for a “friend that sticks closer than a brother.” In fact, this is the kind of love that the first part of this same verse in Proverbs describes: “A man that has friends must show himself friendly” (18:24).

Often people assume that others will enter into their lives and become friends—they are either too afraid to initiate conversation or do not know how. This is especially true in a time when people tend to move frequently, leaving behind family and established friendships and relying on technology to keep in touch.

The same Fortune article described some of the roadblocks of living in an increasingly mobile world.

“We aren’t as closely bound. We no longer live in the same village for generations, which means we don’t have the same generational connections. That releases social constraints—relationships are formed and replaced more easily today. We have Tinder, Match, eHarmony and all these kinds of places you can dial up and find friendships, connections and opportunities that didn’t exist. In the last 15 years or so, many of those face-to-face connections have been replaced with social networking. We’ve found that if you use social networking as a way to promote face-to-face conversation, it lowers loneliness. But if you use a destination, as a replacement for the face-to-face, it increases loneliness.”

How can you overcome these realities? The Bible teaches that a person must make the first step—and do so in a friendly manner—in order to have friends.

Look at this verse another way. “A man that has friends must show himself friendly” means to avoid the tendency of using friendships to get something out of them. True friendship requires continual effort and giving of your personality in order to reveal to the other person that you are “friendly.” Friendliness includes being trustworthy, honest, open and willing to help. Sometimes this means being forward with information you feel is personal to yourself (within the bounds of decency). But by being willing to be “heart to heart,” you open the door for another person to reciprocate.

Another principle in God’s Word: friends must agree (Amos 3:3-7). At the very least, they should be able to find common ground and be willing to compromise. A friend makes it a habit to put the needs and concerns of others first. For this reason, God considered Abraham His friend (Jms. 2:23)—despite the patriarch being a fallible, flesh-and-blood human being. Abraham was willing to sacrifice his personal desires to satisfy God’s will (read Genesis chapters 12-24 for the full account).

Human beings are wired to have reciprocal friendships. One of our greatest desires in life is to share ourselves with others, and to have others share themselves with us.

This should be no mystery because God—who is love and created mankind to share Himself with it (I John 4:8, 10)—is the same.

This sheds light on why Jesus, when He was told that His physical mother and siblings were waiting to speak with Him, stretched His hands out toward a crowd of followers and declared that they were His true family (Matt. 12:46-49). Christ was not being rude. He simply took the opportunity to drive home the point that “whosoever shall do the will of My Father which is in heaven, the same is My brother, and sister, and mother” (vs. 50).

To have a close, personal relationship with God—a friendship—means obeying Him. Christ declared, “If you love Me, keep My commandments” (John 14:15). He also stated: “I am in My Father, and you in Me, and I in you. He that has My commandments, and keeps them, he it is that loves Me: and he that loves Me shall be loved of My Father, and I will love him, and will manifest Myself to him” (vs. 20-21).

Just as close human bonds bring satisfaction and eliminate loneliness, a friendship with God brings fulfillment—a greater reward than any could imagine. I Corinthians 2:9 states: “Eye has not seen, nor ear heard, neither have entered into the heart of man, the things which God has prepared for them that love Him.” 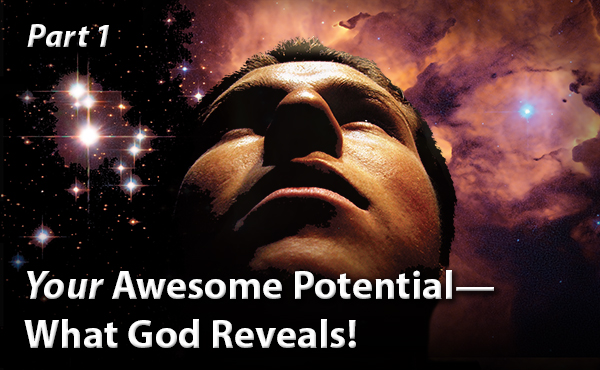