This website requires the use of Javascript to function correctly. Performance and usage will suffer if it remains disabled.
How to Enable Javascript
David C. Pack Received by Officials in the Middle East

David C. Pack Received by Officials in the Middle East 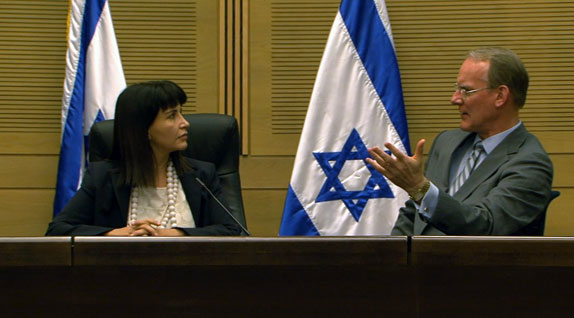 David C. Pack, author, voice of The World to Come program, and Pastor General of The Restored Church of God, recently returned from a 10-day visit to the Middle East, where he met with Israeli national and municipal officials, filmed several World to Come video broadcasts, and visited Petra, a UNESCO World Heritage Site in Jordan.

Earlier in the day, Mr. Pack met with the Deputy Mayor of Jerusalem, Naomi Tsur. She arranged for Mr. Pack to visit the City Council Chambers, where he was treated to a unique view of the Old City and Mount of Olives. The previous evening, Mr. Pack was hosted for dinner by Amb. Uri Bar-Ner, Israel’s former Ambassador to Turkey.

Mr. Pack also visited Ma’ale Adumim, a growing municipality seven kilometers (4.5 miles) east of Jerusalem, and was the guest of the city’s mayor, Benny Kashriel. The city’s central location is geographically significant, linking the Jordan Valley and Judean Desert to the nation’s capital. Mayor Kashriel and Mr. Pack discussed many issues relating to the strategic security value of the city, and the mayor arranged a special tour of the city for Mr. Pack with the City Spokesman, Hizki Zisman, as his guide.

World to Come broadcasts were filmed on the Mount of Olives, the site at which the Bible states the Second Coming of Jesus Christ will occur; East of Jerusalem overlooking the Temple Mount; Megiddo, the staging area for what is called the battle of Armageddon; at the Garden Tomb, where Jesus was interred and resurrected; the ancient city of Capernaum in the northern Galilee region, where Jesus conducted much of His early ministry; on the Mount of Beatitudes above the Sea of Galilee, where Jesus gave His well-known “Sermon on the Mount”; and in Caesarea Philippi, below the headwaters of the Jordan River.

In his recently published book The Bible’s Greatest Prophecies Unlocked! – A Voice Cries Out, Mr. Pack discusses the region, which has been a focal point of world history.

“Few understand the historic roots of the Middle East,” he writes. “There, nations, cultures, religions, history and politics collide—with prophecy! How will it be resolved? What does the Bible say? Events in the Middle East carry far greater significance than most even begin to understand!”

The Authorized Biography of David C. Pack – Volume One