This website requires the use of Javascript to function correctly. Performance and usage will suffer if it remains disabled.
How to Enable Javascript
The Truth About Christmas

The Truth About Christmas

The word “Christmas” triggers fond memories of family, gift-giving, decorations, music, cherished traditions and sentiments of “peace and goodwill toward all.” Yet this holiday, with all its customs, predates Jesus’ birth by thousands of years! 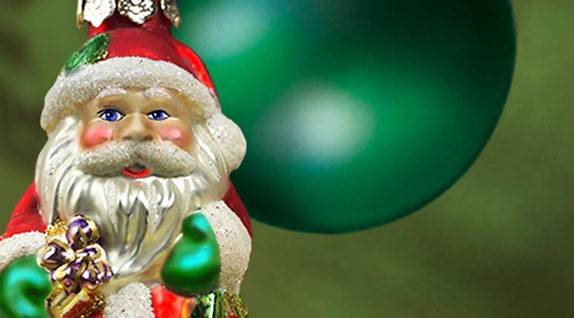 I grew up keeping Christmas, and it was a big event in our family every year. We left out none of the usual trimmings of this occasion. On Christmas Eve, excitement grew with every passing minute. After going to bed, I could neither sleep nor wait until morning to see all that “Santa” had brought me.

Christmas certainly felt wonderful to me. I trusted what my parents told me. I had no reason to doubt them. I was not taught to question where Christmas came from—or what God says about it.

Few professing Christians are aware that nearly all aspects of Christmas observance have their roots in Roman custom and religion. Notice the following admission from a large American newspaper, The Buffalo News : “The earliest reference to Christmas being marked on Dec. 25 comes from the second century after Jesus’ birth. It is considered likely the first Christmas celebrations were in reaction to the Roman Saturnalia, a harvest festival that marked the winter solstice—the return of the sun—and honored Saturn, the god of sowing. Saturnalia was a rowdy time, much opposed by the more austere leaders among the still-minority Christian sect. Christmas developed, one scholar says, as a means of replacing worship of the sun with worship of the Son. By AD 529, after Christianity had become the official state religion of the Roman Empire, Emperor Justinian made Christmas a civic holiday.” It continues, “the celebration of Christmas reached its peak—some would say its worst moments—in the medieval period when it became a time for conspicuous consumption and unequaled revelry” (emphasis added throughout article).

Think. It was 300 years after Christ when the Roman church began keeping Christmas!—and not until hundreds of years after this that it was mandated to be kept throughout the empire as an official festival honoring “Christ.”

Consider these admissions from the Catholic Encyclopedia, under “Christmas”: “Christmas was not among the earliest festivals of the Church...the first evidence of the feast is from Egypt.” Further, “Pagan customs centering around the January calends [the early days of each month] gravitated to Christmas.” Under the topic “Natal Day,” Origen, an early Catholic writer, admitted, “...In the Scriptures, no one is recorded to have kept a feast or held a great banquet on his birthday. It is only sinners (like Pharaoh and Herod) who make great rejoicings over the day in which they were born into this world.”

The Encyclopedia Americana reveals, “Christmas...was not observed in the first centuries of the Christian church, since the Christian usage in general was to celebrate the death of remarkable persons rather than their birth... a feast was established in memory of this event [Christ’s birth] in the fourth century. In the fifth century the Western Church ordered the feast to be celebrated forever on the day of the Mithraic rites of the birth of the sun and at the close of the Saturnalia, as no certain knowledge of the day of Christ’s birth existed.”

Stunning information! I ask: do you care?

Most aspects of Christmas are not referred to in the Bible. Of course, the reason is that they are not from God—they are not part of the way He wants people to worship Him. The Christmas tree, however, is mentioned in the Bible! Take a moment to read Jeremiah 10, verses 2-5. This description of the modern Christmas tree is plain. God directly refers to it as “the way of the heathen.” Just as directly, He commands His people to, “Learn not the way of the heathen,” calling these customs “vain.”

The most common justification one will hear regarding Christmas is that people have replaced old pagan intents and customs by asserting that they are now “focusing on Jesus.” I have heard many say they are “honoring Christ” in their Christmas-keeping. The problem is that God does not say this is acceptable to Him! He plainly commands against it! Keeping Christmas dishonors Christ! He considers everything about it to be an abomination.

Jesus made a stunning statement in Matthew: “But in vain they do worship Me, teaching for doctrines the commandments of men” (15:9). Christmas is not a command of God—it is a tradition of men!

God plainly commands, “Learn not the way of the heathen.” But most people do not fear God, and He allows them to make their own decisions. Human beings are free moral agents—free to learn or not learn what God instructs—free to obey or disobey Him!

To learn more sobering facts about the origin of Christmas, watch The World to Come broadcast “Christmas Unveiled—What God Says!” online at rcg.org/worldtocome.