This website requires the use of Javascript to function correctly. Performance and usage will suffer if it remains disabled.
How to Enable Javascript
Bullying in the Virtual World

Bullying in the Virtual World

By Mark A. Sharpe

Half of all U.S. children either perpetrate or experience some form of electronic bullying. What effect is this having on an entire generation? 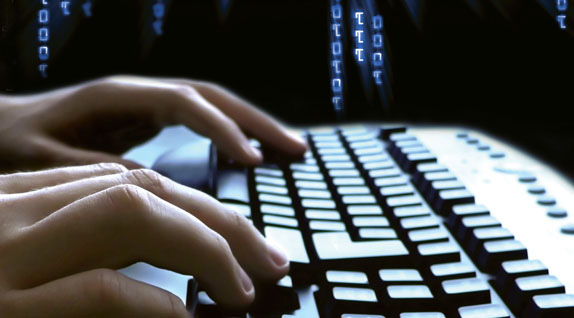 To this day, Debra Johnston doesn’t know how her son became a target.

“‘Jeffrey was popular,’ she says. ‘He was admired.’ An honor student at Trafalgar Middle School, in Cape Coral, Florida, Jeffrey worked as an office aide and even led a group of students in designing their own computer game. So maybe it was jealousy that prompted the barrage of malicious e-mail messages and Web site postings about Jeffrey from fellow students.

“Whatever the cause, this online harassment—known as cyberbullying—had a deadly effect. Sometime before dawn on June 29, 2005, the 15-year-old eighth grader hanged himself” (Consumer Health Interactive).

John Halligan’s 13-year-old son, Ryan, suffered the same form of taunting. After being bullied for months at school and ridiculed by a group of girls online, the Vermont native hanged himself while his father was away on a business trip.

In Australia, The Australian Associated Press reported that 14-year-old Alex Wildman was beaten up twice at school and bullied online. One of his attackers wrote, “I’m only gonna keep bashing him til he learns.” By the end of that month, he committed suicide.

Even though bullying existed in schools long before the proliferation of the Internet or cellphones, attacks by those bullies were limited to a relatively small group of friends or classmates—and hardly ever went beyond school gates.

But bullying in those circumstances would rarely drive someone to the point of suicide. In most every instance, the perpetrator could be easily identified, and corrective measures could be taken by a parent or school administrator.

Not so in the 21st century. Tech-savvy children have resorted to advanced methods of bullying, such as using social networking sites, blogs and text messages to attack their victims—with devastating results.

“Bullying has entered the digital age,” Pew Research Center reported. “The impulses behind it are the same, but the effect is magnified. In the past, the materials of bullying would have been whispered, shouted or passed around. Now, with a few clicks, a photo, video or a conversation can be shared with hundreds via email or millions through a website, online profile or blog posting.”

According to recent statistics, more than half of all U.S. children have either experienced or participated in some form of electronic bullying—with the resulting level of associated suicides becoming shockingly common.

What has created a generation of children capable of such cruelty? 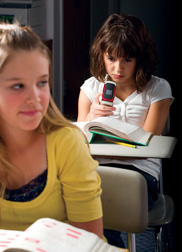 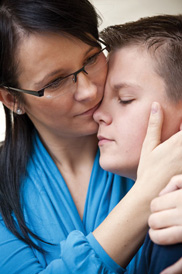 The Internet and cellphones allow mass communication to occur almost instantaneously, and children are masters of these technologies. Yet, instead of using these inventions to have wholesome conversations, many use them to attack, vilify, hurt and isolate others—or to loudly trumpet their peers’ mistakes.

Phil Fogelman, Anti-Defamation League education director, told the Rutland Herald that cyberbullying is even more hurtful than face-to-face bullying because it can occur 24 hours a day, seven days a week.

“‘The impact can be much more devastating socially and emotionally because it stays with the individual wherever he or she goes. It’s everywhere,’ said Fogelman. ‘You can’t just shut the computer off because everyone can access those videos or pictures.’”

Along with the nature of bullying, the traditional profile of the bully itself has changed, making it almost impossible to identify a perpetrator. No longer is he an aggressive person at school who carries out physical attacks. It just may be that “sweet little girl” living next door.

Experts say the ability to secretly bully hits at human nature’s tendency toward selfishness, particularly during a child’s early teen years. Even so-called “good” children, who aspire to feel accepted by their peers, will readily single out and gang up on individuals not considered part of their social group, especially if they feel their own status may be threatened.

Yet the devastating effects of these obliviously taken actions can result in deadly consequences.

Such was almost the case of Brittany Jordan, who felt rejected to the point where she contemplated suicide. A 17-year-old cyberbullying victim, the teenager told the hosts of The Early Show that she thought suicide was the only option because she had been put down so much.

“I thought that it was just the only thing I could do to get away from all of the hurt and pain,” she said.

Through the Internet and modern transportation, information exchange is taking place at an unprecedented pace. Children without the proper decorum find themselves at the forefront of this environment. And young people who have not been taught a general level of respect for other human beings will misuse these powerful tools.

Parents now provide cellphones to young children with the intention of staying in touch and ensuring their safety. But these parents may be unaware that some cellphones also allow children unsupervised access to the Internet. This enables them to view content that might normally be restricted on a family computer.

General disrespect for parents has now moved into cyberspace. Children are known to post videos where they lambaste their parents online. Such terrible behavior was unheard of, in fact almost impossible, just a decade ago.

The Web also allows a level of deceit never before possible. Children can lead alternate virtual lives, which are usually shot full of interests and activities of which their parents disapprove without their knowledge. This was reported by the Frontline documentary, “Growing Up Online”: “Jessica…was a shy and awkward girl who struggled to make friends at school. Then, at age 14, she reinvented herself online as…a goth artist and model. She posted provocative photos of herself on the Web and fast developed a cult following.”

While many dismiss it as Hebrew literature, the Bible foretold the arrival of this generation. The book of Proverbs states that in the last days, there will be a “generation that curses their father, and does not bless their mother. There is a generation that are pure in their own eyes, and yet is not washed from their filthiness. There is a generation, O how lofty are their eyes! And their eyelids are lifted up. There is a generation, whose teeth are as swords, and their jaw teeth as knives, to devour the poor from off the earth, and the needy from among men” (30:11-14). (To better understand the troubling times we are now living in, read the booklet Are These the Last Days?)

According to Strong’s Concordance, “poor” in the above passage means “depressed, in mind or circumstances” in the Hebrew.

How true this is of the society we live in—a society in which more than 1,500 online users watched live as a 19-year-old contemplating suicide took his life by overdosing on drugs—in which “trolling” or posting mean-spirited messages about a deceased person to inflict pain on family members left behind is common—and where more than 15 percent of teenagers in grades seven through 12 believe they will not live long, with many now believing the only reason they were put on Earth is to live a short, miserable life—and then die!

Truly, society has “begotten strange children,” as stated in Hosea 5:7.

In a 2007 Real Truth Personal titled “Rearing Children in the Modern Age,” Editor-in-Chief David C. Pack addressed this generation: “So many children and teenagers today have become hopeless, with no hint, inkling or clue of why they are alive, and whether there is a purpose for human existence. Just observing their faces in a crowd reveals this much. They can see that world conditions grow ever worse, with the news of each day seemingly worse than the day before, and the problems each day becoming worse and greater in number than the day before.

“The result of all this is that the vast majority of children and teenagers today simply tune out the confusion and emptiness of religion, the division and ineffectiveness of government, the evils and troubles plaguing schools and education, the complex economic forces at work in the modern world and the breakdown of the family, which increasingly often includes their own. This leads them to select from—more like back into—a variety of different means of escape: drugs, alcohol, sex, gambling, endless parties, and mindless, gratuitous entertainment, among others—to occupy themselves. In turn, this leads to a whole host of problems which are overwhelming society, and parents as well.

“Your children will be—and maybe already are—tempted to turn off, give up and drop out if you are not unceasingly vigilant in your responsibility to keep them in the belief that they can have a future, and that it can be wonderful beyond belief, if they are carefully building it step by step under your guidance!”

Although cyberbullying is becoming common, it need not affect your family. For more about how to rear children in the modern age, read David C. Pack’s book Train Your Children God’s Way.