This website requires the use of Javascript to function correctly. Performance and usage will suffer if it remains disabled.
How to Enable Javascript
The Death of Civility

The Death of Civility

Society’s relations have become strained. Respect for others is fading. It does not have to be this way! 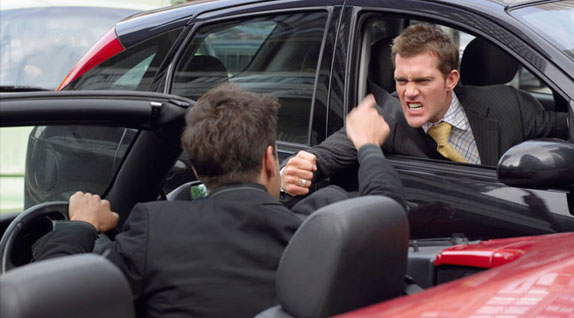 “You lie!” shouts a congressman, interrupting the president during a speech. While the representative later apologizes for the incident, the media lambastes his behavior, which overshadows the president’s message.

Something is not right.

Outraged at Italian Prime Minister Silvio Berlusconi, a man attacks the premier, knocking out his two front teeth, breaking his nose and lacerating his lip. Italy’s interior minister later reveals that the attacker planned the assault for some time before carrying it out.

In Baghdad, Iraq, a television correspondent, upset by a visit from then-president George W. Bush, throws his shoes at him and yells, “This is a farewell kiss, you dog!” The president ducks to avoid being struck as the shoes fly over his head. In the Middle East, footwear is considered ritually unclean and even merely displaying the sole of one’s shoe is a severe insult.

A young country singer accepts the MTV Video Music Award trophy for best female pop video. In the middle of her acceptance speech, a hip-hop artist bursts onto the stage, steals the microphone, and rudely proclaims that a different musician “had one of the best videos of all time.”

The young lady accepting the award is too shocked to finish her speech. Later, many fans call for the hip-hop artist to apologize. On his blog, he attempts to justify his comments: “I’m sorry to my fans if I let you guys down!!!! I’m sorry to my friends at MTV…Welcome to the real world!!!!”

There was a time, not long ago, when these things were virtually unheard of. Instead of attacking those they disagreed with, the public generally showed respect and even outright concern for one another.

Society valued standards, morals, etiquette and politeness. Certain rules existed for speaking, which ensured no one was confused or unnecessarily offended. There were also many rules for behavior, which made sure everyone’s needs were cared for and no one was accidentally injured, insulted or excluded.

Consider this “rule of civility” from a list of 110 maxims copied down by George Washington, with spelling and grammar updated in today’s language: “Run not in the streets, nor go too slowly, nor with the mouth open. Go not shaking your arms, kick not the earth with your feet, nor walk upon the toes, nor go in a dancing fashion.” How many accidents, annoyances and offenses would be avoided if people, especially in large cities, followed rules such as this?

President Washington was able to quash a potential rebellion of officers seeking pay after the American Revolutionary War simply by tactfully deferring their attention from themselves. These disgruntled men were calling the new Congress “tyranny” and were ready to take action, saying it was time for “swords and not words.”

Rather than lashing back and insulting the men, Washington entered a meeting of dissenters and asked to speak to them. He then pulled out a letter outlining the position of Congress. Before reading, he took out a pair of glasses that he had recently acquired. He explained to the audience: “Gentlemen, you will permit me to put on my spectacles, for I have not only grown gray but almost blind in the service of my country.”

Since those he spoke to were also men who suffered in service of their country, this reminder struck home. Many listening were in tears as he read the letter. Men made statements saying they regretted their previous positions and that Congress now had their complete loyalty.

With tact and civility, Washington defused an uprising that could have split the fledgling nation.

Another example of the old way is hospitality. It was once considered an honor and a privilege to host guests. Many went out of their way to ensure their home was always ready to offer refuge to weary travelers, house visiting relatives, and weather surprise visits from friends.

When you could always count on friends and family to be hospitable, it was easier to form strong friendships, which, in turn, built a stronger society based upon mutual concern.

While the loss of politeness in modern society is lamentable, the reality is that modern man has “progressed” far beyond simply lacking politeness.

One who is uneducated in the finer nuances of etiquette or is simply under pressure may sometimes be impolite. Under such circumstances, however, it is never appropriate to be outright rude. There is an in-between area where a man or a woman still shows respect for his or her fellow human beings. This basic level of good behavior is referred to as being “civil.”

But sadly, civility is dying. In many cases, especially with younger generations, it is already dead. People around the world have forgotten how to show any kind of respect to others—instead, they look out for themselves only.

A woman who received an incorrect food item at McDonalds, grew agitated, demanded her money back, and after the employees refused, she threw a fit. First, she grabbed the water dispenser and poured it on the counter, then she knocked over the cookies, followed by throwing signs and knocking over cash registers. In the end, she caused $1,700 in damages—all because of an incorrect order.

When people care only about themselves all while expecting the worst from others—there is no end of arguing, fighting, squabbling, accusing, distrust and outright rudeness beyond anything people would have once ever thought.

When he was asked to move his car, a man in Pittsburgh punched the person who asked him and pulled out a gun. When police arrived, he shot at them. The man was arrested. How much easier would it have been to simply discuss the issue?

Consider your own life. How often do you encounter rude clerks, customer service representatives who do not care, salesmen who lie, and corporations who mislead their customers in order to squeeze more money from them? Again, how often does this behavior lead to arguments, confusion, misunderstandings, stress, anger and resentment?

Further, consider how much time it takes to resolve these problems. In some cases, it can take numerous phone calls, meetings, letters, lawyers and years to resolve even the most basic issues. It could be said that dealing with rude behavior is one of the greatest reasons people today are always busy, but never get anything done!

All this because society no longer cares to be civil.

No discussion about behavior would be complete without considering the single greatest guide ever written about human behavior—the Bible. While it covers many subjects, a huge portion of this Instruction Book for mankind is devoted to explaining right conduct.

Notice: “Be kindly affectioned one to another with brotherly love; in honor preferring one another” (Rom. 12:10). Also: “Let nothing be done through strife or vainglory; but in lowliness of mind let each esteem other better than themselves” (Phil. 2:3).

While the wording of the King James might sound awkward, this is instruction to show respect to fellow human beings. In fact, it says we should respect them more than ourselves! Does that sound strange?

For those who think it does not make sense to be kind to others, God offers additional explanation. “The words of a wise man’s mouth are gracious; but the lips of a fool will swallow up himself” (Ecc. 10:12), and, “A soft answer turns away wrath: but grievous words stir up anger” (Prov. 15:1).

These last two verses speak directly to the subject of knowing the right things to say. They explain that politeness begets politeness. If you employ gracious speech, you will help build an environment of peace. Your correct or incorrect use of words can either save you from great difficulty, or cause you no end of troubles.

Do these principles of conduct seem outdated or even a little naïve? If you followed them, would it really make a difference in society?

Imagine if all parents taught their children to peacefully play with others and respect their elders instead of allowing them to mindlessly sit for hours in front of the television, if neighbors helped one another without receiving anything but a kind “thank you” in return, if students paid attention to teachers’ authority, if employees always strove to work hard to please their bosses and benefit their company.

What would it take to make this a reality on all levels of society?

Such a change would have to start with leaders of government, who would teach by exhibiting the example of right conduct and character defined by obedience to God’s laws. In short, a top-to-bottom transformation of all man’s systems of government, religion and education, which would result in everyone acting with true civility.

For a broader picture of what such a society would look like, and how today’s never-ending cycle of rudeness and disrespect will soon be erased, read David C. Pack’s book Tomorrow’s Wonderful World – An Inside View!