This website requires the use of Javascript to function correctly. Performance and usage will suffer if it remains disabled.
How to Enable Javascript
Corruption of Communication

The quality of information exchanged through emails, text messages and other personal communication is in a downward spiral. Why? 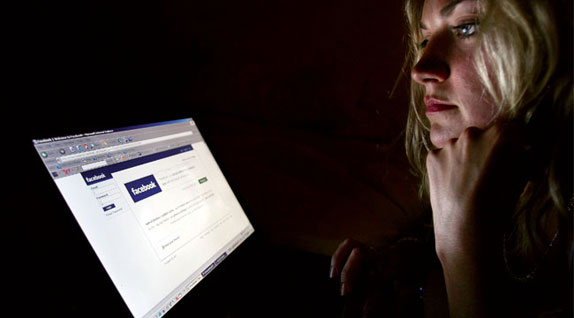 Picture a time when written communication only occurred through handwritten letters—an era before word processors, spell-check or grammar correction. Letters had to be written by people who could form in the mind complex thoughts of sentences and paragraphs, penning them accurately and precisely. If they made a mistake, they had to start the entire page again. In effect, people composed entire letters in their minds before pen touched paper.

Through the wonders of technology, we are more easily able to communicate whatever thoughts come to mind. Software corrects spelling and grammar, and even formats letters automatically, allowing us to pour our unedited thoughts into emails and correct them later. Such freedom was unheard of for most of mankind’s existence.

Regrettably, this freedom has come with a cost. Since we are no longer forced to construct complex sentences in our thoughts, the “mind muscle”—the brain—has become lazy in the correct use of language.

Certain technologies perpetuate laziness. One example is the cellphone, whose users operate with a language all its own. Termed “text-speak,” since it originated with mobile phone text messages, this corruption of English is characterized by short, often abbreviated messages that most people need a translator to understand. This is a particularly popular form of communication among young people.

But text-speak is not isolated to cellphones. It is now common in many other forms of digital communication. Online instant messages and emails are riddled with this strange dialect (otherwise known as poor spelling and grammar).

Because the quality of oral communication naturally mirrors the written, most are simply unable to express their thoughts without slang or expletives. Ask yourself: When was the last time you had a conversation in which the other party completely avoided slang or other such “lazy” speech?

For many, language has transformed from the method man uses to express thoughts and ideas, to shallow banter about inane subjects. Much of this shift is because people frequently discuss their favorite topic: themselves!

Have you allowed this to happen to you?

During the last three decades, personal communication has undergone a revolution. Rarely does one hear of receiving—never mind writing—an actual letter with paper and pen. Yet this was the primary form of long-distance communication for millennia. If not by letter, communication was face-to-face. It was that simple. If one wanted to record thoughts, concepts or ideas, he needed to physically write them down.

Times have dramatically changed! Telephones, email, instant messages, text messages and other “instant” services have largely replaced handwritten letters, allowing man to communicate with a speed and efficiency once unheard of. No matter your age, these tools impact your life. It is not uncommon for people, from preteens to adults, to send text messages.

Take a look at email. The Pew Research Center reports that in the United States, 57 percent of those online use email daily. This translates to nearly 130 million email users per day! Taking into account all of the other forms of digital communication, it becomes clear how much the digital world affects our lives.

Again, technology has allowed unprecedented access to communication—but has our ability to harness language and convey ideas also improved?

No matter where you live, it is possible to communicate with someone on the opposite side of the planet. Geographical boundaries have disappeared. We have reached an age in which there is unlimited access to communication.

In addition to international reach, digital interaction nearly happens in real-time—instantaneously. This high-paced back and forth means much less time is spent thinking about the content of the message and more time focused on the speed of communication.

Then there are the social networks—Friendster, MySpace, Facebook and Twitter—which allow for a continuous connection to friends and family, updated any minute of any day. Friendships should be able to blossom and families should grow closer with such unprecedented access. In addition, people are now much better able to reach those of like mind and similar interests unlike any other time in history.

Communication has come a long way from the days in which a handwritten letter took weeks to reach its recipient. Of course, people still converse face-to-face, but written communication largely drives the language of oral communication.

It could be said that with the communication tools now available we have reached a golden age. Conversely, personal interaction has reached an all-time low. Statistics show that teens prefer to text friends than talk in person.

What about you? Do you spend nearly as much time interacting through a computer as you do in real life?

Growing numbers turn to digital communication because they are not interested in actual personal, human contact. A popular cellular phone company recently ran an advertisement in which family members, while sitting only a few feet from each other, communicated entirely through Twitter and Facebook.

This satire speaks volumes to how far real families—and society—have gone in interpersonal communication. Friends and acquaintances have become nothing more than a name on a screen. Eye contact, gestures and body language have disappeared. While sitting at a computer, one can converse with many people at one time, or even completely walk away from a conversation without the other party knowing. Technology means that one never needs to commit their entire focus to a conversation.

Try to picture a similar situation when speaking face-to-face. Right in the middle of a conversation you turn to another person and begin talking. Time passes and you turn back to the original conversation and continue where you left off. As silly as this may sound, this is how instant messaging works.

While there are benefits to multitasking, it becomes easy to form poor communication habits. Those who frequently use digital communication may have a hard time focusing on a physical conversation.

But human beings are designed to interact. As we slowly drift away from frequent personal contact, the result has been that people become distant and turn inward.

Such an approach speaks to a focus on self. Through using such technologies in an improper way, one is saying, “I only want to communicate when I feel like it, on my terms and according to my interests.” When one’s drive is to fulfill his own needs, wants and desires, care and concern for others fades.

Over time, self-desire trumps everything else. Compassion for fellow man is replaced by a drive to fulfill and serve only the self. A desire for basic, interpersonal communication disappears. One’s connection to the outside world becomes almost entirely online. Millions stare at their computer screens, living their lives in an instant message window, or waiting to give or hear the latest Twitter updates.

What is the result of technology being widely misused? Interaction has become curt and abbreviated. Instead of exchanging pleasantries and actually caring about others, communication has been transformed into a search for raw information.

The English language (the same could be said for any language) is continually degrading into a more corrupt state. Language is being reduced to the exchange of information—data—instead of conversation.

In fact, organizations have been formed to save languages. As early as the year 2000, linguists predicted that nearly half of the world’s approximately 6,000 languages would disappear by 2050. The study did not even attempt to measure the degree of corruption of remaining languages.

Many have said it is inevitable that man will eventually need to communicate only in one language. Did you know that a single tongue was foretold thousands of years ago?

Notice how it is described in a prophecy found in the Old Testament of the Bible: “For then will I turn to the people a pure language, that they may all call upon the name of the Lord, to serve Him with one consent” (Zeph. 3:9).

This future “pure language” will replace all others. Imagine a time when the entire world shares a single language. No more misinterpretation or confusion among languages or dialects. The quality of this divinely instituted language will be maintained and will never degrade or disappear.

Only the implementation of an entirely new language worldwide will end the slide into a lingual cesspool. That time, however, has not yet arrived, so language and communication continue to degrade.

Why does communication and language matter? Why should you care? Perhaps you may have recognized that some of these characteristics have crept into your communication. Maybe, now and again, you abbreviate words or drop punctuation. If you are honest, you may need to admit there are some areas in which you have become lax.

Do you find yourself losing interest in physical interaction with others? Do you often become bored with conversation? To be any other way in an instant-access digital world is to swim upstream.

Again, people were designed to interact with each other. As we slip into digital thinking, we risk the danger of becoming cold and distant like the lifeless computer systems we use to communicate. When our peers become nothing more to us than sources of information—not living, breathing human beings—we automatically focus more on the self. Self-focus, self-esteem, self-promotion, self-preservation and, ultimately, self-fulfillment become our only goal.

Think. No matter one’s background, education or upbringing, a society filled with self-centered individuals will fail!

You cannot control the actions of others, but you can establish within yourself a desire to avoid such a destructive focus. The first step for change is to acknowledge there is a problem. Use technology effectively; strive to keep your thinking and communication pure.

Most would never think to look to the Bible as a source for understanding technology and its application today. However, Scripture contains over 750,000 words refined by the Creator of the universe seven times (Psa. 12:6). God’s Word says what it means, and means what it says. Its wording is detailed and precise—and filled with countless lessons!

Do not allow corrupt communication to permeate your thinking. If you remain on the lookout and actively direct your thoughts, you will be different from those around you.

The elements in this verse form the ultimate list for those seeking the real power of positive thinking. If you keep your mind on the positive and actively seek to communicate with proper language, you will avoid the self-destructive pitfalls of corrupt communication.