This website requires the use of Javascript to function correctly. Performance and usage will suffer if it remains disabled.
How to Enable Javascript
Looking for Rest in a Restless World

Looking for Rest in a Restless World

In the Internet age, people are connected to technology all day, every day. This is causing some to look for rest from their hectic lifestyles. 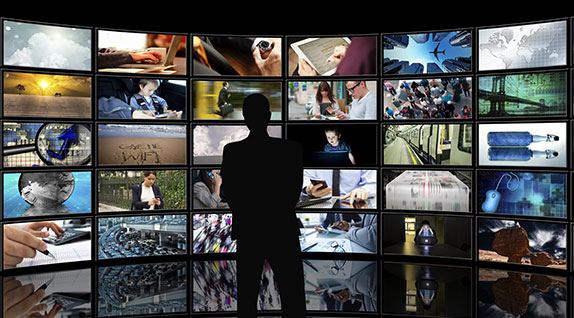 Life in the 21st century: checking email dozens of times a day—receiving and sending text messages by cellular phone—accessing the Internet in an airplane 36,000 feet above the ground—checking the minute-to-minute weather report—learning of news as it breaks through cable television and news websites—taking and sending photographs digitally—messaging friends and family through various apps—blogging—communicating through social networking sites—receiving and reading personal feeds from dozens of newspapers and other sources around the world—building playlists and listening to songs on an MP3 player—talking on the phone through the car’s speakers and with a small earpiece in the grocery store…

Technology’s fingerprints are everywhere. Electronic devices of every sort have formed the foundation of modern life. It is hard to comprehend how much the availability of these has changed over the past few decades. Almost everyone has a mobile phone, a device that did not exist 50 years ago. Personal computers are commonplace, both at home and in the workplace. The Internet alone has created a number of virtual devices that play a vital role in daily life.

Technology continues to rapidly change. As soon as you buy the latest phone, a newer model with more gadgets, a larger screen, and better connectivity, another version is released. As soon as you think you have purchased the thinnest laptop, a thinner one is available. You cannot imagine there will be bigger TV screens, but there always are. It is hard to comprehend smaller MP3 players, but there always are. There is an unsaid expectation of “What’s next?” And it can be said with confidence that there always is a “next,” a “latest.”

What would happen if the world did not have electricity for an entire day—or worse, a week? What if every electronic device stopped working?

Companies would cease to function. Transportation would grind to a halt. Grocery stores would be unable to stock their shelves. Our world as we know it would collapse. Chaos would ensue so quickly, it would be hard to fathom.

Consider your own circumstances. What part does technology play in your day-to-day living? Do you find yourself checking your email incessantly? Do you feel somewhat unsettled at the thought of your inbox filling up? Have you ever been in your home office or work office when your computer was turned off? Was the silence deafening—almost unnatural? Do you often find yourself surfing the Internet, or on your favorite chair surfing television channels? Could you turn off your cellphone for one day—or one hour—and go without the Internet at the same time?

These are questions that many around the world are beginning to ask themselves.

Technology has been mobilized to allow employees to become more efficient and effective in the workplace. To successfully compete, companies and employees must utilize every device available. In many ways, it is surprising what an employee can accomplish. Throughout the modern world, a man or woman walking to work will be talking on the phone to colleagues, checking email, and texting friends—all at the same time.

But work is not the only area that has been affected. Human beings have grown accustomed to always being connected.

“Twenty-five years ago, anyone who wanted to use the internet needed to have access to a computer,” a Pew Research Center Internet, Science and Tech study found. “Again, in 1990, 42% of U.S. adults said they used a computer at their workplace, at school, at home, or anywhere else, even if only occasionally.

“Now, eight in ten U.S. adults (81%) say they use laptop and desktop computers somewhere in their lives—at home, work, school, or someplace else.”

In addition, the study showed, “The rise of mobile device use represents the biggest shift in access over the past ten years: 68% of U.S. adults now say they access the internet on a cell phone, tablet, or other mobile device, at least occasionally.”

People are no longer left with their own thoughts. They are always moving on to the next thing, the next digital connection.

An article on Business Insider expanded on what is being lost by always being connected: “On the more obvious side, we spend less time watching TV, socializing offline, relaxing, and thinking. But leisure time online also comes at the expense of work, sleep, and education.

“Across all Americans, the time spent online for leisure, which includes everything from social media to reading news, is relatively low, just 13 minutes. But that doesn’t count time spent on email, watching videos, and gaming, and includes the substantial share of people who don’t use computers for leisure or at all. When you look at just people who do use the Internet for leisure, it’s for more like 100 minutes a day.”

The article further stated: “Here are the estimates of what gets crowded out. Each additional minute of time spent online is correlated with 0.27 fewer minutes working; 0.28 fewer minutes spent on other leisure activities, mostly watching television; 0.12 fewer minutes sleeping; and 0.05 fewer minutes socializing offline.”

Additionally, children are being reared by electronics. Many simply go from one device to another—from the television to the computer to the iPad, and back again.

Numerous behavioral problems result from this constant connectivity. The end-result is that children are never taught to simply think. They always have something bombarding their senses. Their own thoughts are foreign to them. What will happen when these children become adults?

No Time to “Smell the Roses”

If you do something long enough, it eventually becomes a habit. For example, many office workers habitually check their email whenever they hear a message come through. When you are stuck in a habit, it is very hard to do something different.

The habit of always being connected slowly but surely engulfs every aspect of modern life.

Consider just the sense of quiet or solitude that is lost. There is no balance or moderation in life. No time to think—to stop and “smell the roses.” When people run from one thing to another, there is not time to assess situations, make wise decisions, enjoy moments in life with children, build friendships, etc.

Ironically, the very thing that people use to be more productive is actually causing them to be less productive. Technology becomes a distraction, an interruption. There are no long periods of time for focusing on bigger decisions, problem solving, etc. Days become full of interruptions rather than productivity.

If human beings remain connected 24/7, life will pass them by. It will turn into one continual, nonstop blur—like the posters on the walls of subway stations being passed at full speed.

Some have come to realize the toll of this 21st-century lifestyle and have created movements to combat the always-plugged-in way of living. One is “information environmentalism.” In effect, as the term implies, people should be concerned with their information environment and turn it off periodically to refresh their minds.

Another term that is used is a “secular Sabbath,” a day once per week when people disconnect their devices. No Internet, no computer, no phone, no television, etc. Those who have tried this realize that, at first, it is difficult. But in the end they benefit from it.

The term “secular Sabbath” comes from the seventh-day Sabbath (Saturday), observed in Judaism and by some Christian groups. It is a day when labor is not performed. Similarly, many professing Christians consider Sunday as their Sabbath, but most do not keep it in the sense of not working, turning things off, etc.

A documentary filmmaker—who practices what she calls a “technology Shabbat” (the Jewish word for Sabbath) during which she and her family shut off all screens in their house for a full 24-hours from sundown Friday to sundown Saturday—created a short film for PBS on her experience. In the piece, she stated, “Now taking this one day off from technology every week, I feel so much more grounded and balanced…I feel like a better mother, wife and person. Every week, it’s like a valve of pressures releases from the bombardment of interesting facts, articles and tidbits I consume daily as I travel on this info rocket of discovery, procrastination, productivity and then eventually overload.”

This quote summarizes the concept of a secular Sabbath well. It gives one the opportunity to stop and think. It provides a chance to be disconnected from a computer and get in tune with other aspects of one’s life.

Yet even shutting off all screens for 24 hours is not all that is needed to fully combat technology overload.

It is somewhat ironic to see human beings attempt to find solutions to their problems that result in something similar to what God explained thousands of years ago. After millennia of learning the hard way, human beings will occasionally stumble upon something that, if they were listening to the laws laid out in the Bible for them in the first place, they could have learned from and saved themselves much trouble.

God, who created everything, certainly did not need to rest. Since He is all-powerful, He does not experience fatigue or weariness. Yet He rested on the seventh day to set an example of what humans beings are to do.

Most have heard of the Ten Commandments, but few know them—and even fewer practice them. Notice the fourth commandment: “Six days shall you labor, and do all your work: but the seventh day is the sabbath of the Lord your God: in it you shall not do any work, you, nor your son, nor your daughter, your manservant, nor your maidservant, nor your cattle, nor your stranger that is within your gates: for in six days the Lord made heaven and earth, the sea, and all that in them is, and rested the seventh day: wherefore the Lord blessed the sabbath day, and hallowed it” (Ex. 20:9-11).

How many people actually keep the Sabbath as God designed it? Most Christians believe Sunday is the correct day, but do not know what it means to correctly keep the Sabbath. For more about this, read our book Saturday or Sunday – Which Is the Sabbath?

The fourth commandment clearly states that you should not work on this day. By extension, this also applies to other regular weekly activities, such as grocery shopping, working around the home, etc. How many truly take a day off, as they should—as they are commanded? How many people disconnect from their weekly activities and reconnect with their Creator?

Think of how much just this practice could help mankind as a whole!

What most people do not understand is that human beings were designed to take one day off every seven days. You will get far more accomplished, and be a far more productive and happy human being if you work six days and keep the Sabbath, rather than working seven days a week. The high-paced lifestyle of today proves this!

To learn how to keep the Sabbath properly, read our articles Why the Sabbath Command to Assemble? and How to Make the Sabbath a Delight.

Take the step. Unplug yourself from society’s rat-race lifestyle and all your electronic devices, and keep the true Sabbath as it was meant to be kept. You will benefit beyond measure.

Saturday or Sunday – Which Is the Sabbath?