This website requires the use of Javascript to function correctly. Performance and usage will suffer if it remains disabled.
How to Enable Javascript
Designed for Discovery – Part 3: The Universe

We are but a microscopic speck in a remote part of the cosmos. Learn just how small, and why our existence is so unique. 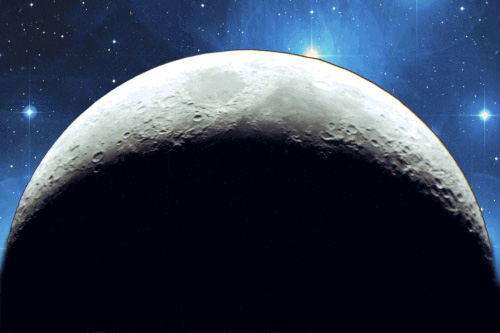 For thousands of years, mankind has gazed into the heavens. Some have seen the stars and imagined that they formed meaningful pictures and symbols—bulls, scorpions, lions, etc. Others view the beauty of the night sky as a source of inspiration. Still others see the dark expanse as a window into both our past and future.

No matter the reason, human beings have always had an unquenchable fascination and sense of wonder with the heavens. This has grown into an insatiable desire to understand and explore their awe-inspiring beauty.

In Part One of this series, we started small by examining Earth and its many unique attributes. In Part Two, the scope was broadened to include our solar system and the Milky Way galaxy. Though such an inspection spans tens of thousands of light years, our cosmic neighborhood is but a tiny speck. Much more lies beyond the spiral arms of the Milky Way. The beauty and harsh extremes therein are nearly impossible to properly frame.

The universe was constructed in a specific way, making life possible. In fact, the margin of error for some universal constants is so small that even minute changes would cause the entire universe to unravel. As your understanding grows about our precise and perfectly designed cosmos, its purpose will become more personal.

You may have wondered how astronomers measure the distance and age of stars, galaxies and other cosmic objects. This is possible by an attribute of light (and other forms of electromagnetic radiation), known as red shift. Over extreme distances, radiation shifts toward the red side of a spectrum.

Every human being is able to see part of the visual spectrum of light. However, this is an extremely small segment of the electromagnetic spectrum. Just below the range of the human eye is infrared. Most people are familiar with equipment enabling soldiers or others to see in dark conditions. This equipment converts infrared light into visible light.

There are many more forms of electromagnetic radiation, including ultraviolet, x-rays and gamma rays. Some segments of the spectrum are able to travel much farther than visible light and are easier to measure. This is particularly true of extremely high-power gamma radiation.

The farther light travels, the more dramatic its red shift. If we measure that shift in comparison to light coming from our sun, a difference can be determined. And, using the speed of light as a constant (186,000 miles per second), distance can be calculated.

This is the part of criteria used to determine that the universe is nearly 14 billion years old. However, the age of the cosmos is not the only thing that inspires awe. Its scope and size has also enthralled mankind.

It has only been in recent decades, thanks to technological advancements, that humanity has been able to determine the approximate size of the universe. When describing it, measurements with values of billions and trillions are used—in light years, not miles. Analogies and descriptions can help one appreciate our comparative microscopic size in relation to the cosmos.

In Part Two of this series, we quantified the size of our solar system and galaxy. Doing the same with the universe is a much more difficult task—in fact, its actual size is unknown. All that can be measured is the visible universe (and even this value is not completely agreed upon). Generally speaking, it is thought that the visible cosmos is approximately 93 billion light years in diameter. Since each light year is 5.879 trillion miles, the diameter of the visible universe is 546,747,000,000,000,000,000,000 miles—546 billion trillion miles! It is impossible to fully comprehend a number of such proportions.

To make these distances more meaningful, we must shrink our universe to a more manageable scale. First, let’s reduce the Earth to the size of a grain of salt, making our planet 42.5 billion times smaller.

Numbers this large are impossible to appreciate. Let’s reduce the scale even further.

If we could shrink our solar system from the Sun to Pluto down to the size of a single grain of salt, the Milky Way galaxy would be 24 miles in diameter—an easy distance to visualize. This still leaves the universe’s span at an incredible 22 million miles—about two-thirds the distance from Earth to Mars.

This number is still too large to envision. The scale must be reduced yet again.

If the Milky Way galaxy (in reality, nearly 600,000 billion miles in diameter) was reduced to the size of a grain of salt, the visible universe would be just over 915 feet wide—about the length of three American football fields. Finally, a size we can picture!

What is lost in this analogy is the sheer mass of the Milky Way galaxy and how much reduction is needed to reach this result. In fact, this manageable cosmic scale would mean we have reduced the universe 3.2 septillion times—or 3.2 trillion trillion times. Our solar system, never mind the Earth, would be smaller than a single hydrogen atom!

Do not be disappointed if you are having trouble wrapping your mind around these numbers. This exercise serves to demonstrate that the cosmos is of near unimaginable size. There are no adjectives to properly frame these distances. Celestial bodies are separated by millions of light years. Much of space is just that—space. Yet everything remains held together by an unknown celestial “glue.” Since scientists do not really understand this glue, they have loosely termed it dark matter. Few agree as to what it is. Assuming that some form of matter is needed to generate the gravitational fields required to hold the universe together, scientists have put forth their shaky hypotheses.

Such vast distances between objects are not limited to outer space. “Inner space,” the space within atoms, is equally as dramatic. Let’s examine a hydrogen atom. The smallest and most abundant of all elements, hydrogen consists of a proton nucleus and a single orbiting electron. Using our reference point above, what would be the scale if we multiplied the size of the hydrogen atom’s nucleus 300 billion times so that it was the size of a grain of a salt?

At this size, and assuming a constant distance between the proton and electron, a near microscopic electron would be orbiting the nucleus 98 feet away.

Truly, there is VAST space within the largest galaxies as well as the smallest subatomic particles.

Like dark matter, scientists do not fully understand what holds atoms together. Termed atomic glue or dark energy, the source of attraction has eluded scientists for thousands of years.

No matter the scale, science is left with more questions than answers. The source of the universe, the way it is held together and many other facets are left unanswered because the true Source of the cosmos is ignored.

One of the few things science agrees upon is that our cosmos is enormous, and with such vast expanse, scholars make another foolish leap—the assumption that physical life must exist elsewhere. This is simply not the case.

Even with billions and trillions of galaxies, most of the universe is extremely hostile to any form of life. The gravitational effects, destructive gases, harmful radiation and a variety of other factors make it impossible for would-be human explorers to come within thousands of light years of these remote galaxies, never mind for life to form, evolve and flourish.

In fact, almost all basic conditions for life are missing in the vast majority of the universe. Over 98% of nearby galaxies are far less metal rich than ours—virtually eliminating any chance for earth-like planets to form.

Our Position—A Key to Discovery

Some galaxies are billions of light years away from their nearest counterparts, making the night sky pitch black.

If you could stand on a planet in one of these distant galaxies, there would be no visible stars, no super clusters of galaxies, nothing to see in the sky at all. In fact, our celestial neighborhood is unique even when compared to regions where the galaxies are relatively close. Gravitational fields tend to pull galaxy clusters together, making the sky extremely bright. This would make deep space viewing impossible, including some of the discoveries we have covered in this series.

Everything is “just right.” Can you now grasp why the Creator states, “The fool has said in his heart, there is no God” (Psa. 53:1)?

Throughout this series, we have toured aspects of Earth, our galaxy and the greater cosmos. Why does this matter to you? Even with the most aggressive estimations of scientific and technological advancement it would be tens or hundreds of years before mankind would be able to colonize neighboring planets. It would seem that, beyond being interesting, the universe does not matter to the average man or woman.

That conclusion could not be more wrong. There is an advancement coming of which even the most brilliant scientists are ignorant. Hundreds or even thousands living today will be able to explore the universe, traveling faster than the speed of light—and soon!

The farthest reaches of the cosmos will be reached in just a few short years. Does this sound impossible—too incredible to be true?

What if you were told that you could be one of those intergalactic explorers?

The great Creator of all things, from atoms to galactic clusters, does everything for a purpose: “For thus says the Lord that created the heavens; God Himself that formed the earth and made it; He has established it, He created it not in vain, He formed it to be inhabited…” (Isa. 45:18). The Creator of the heavens and Earth designed them to be “inhabited.” They had a special and distinct purpose.

Notice: “For by Him were all things created, that are in heaven, and that are in earth, visible and invisible…all things were created by Him, and for Him” (Col. 1:16).

Again, all things were created for a purpose. Turning to the back of the Bible reveals even more fascinating understanding. The phrase “all things” appears again. This time, it is connected to true Christians alive today!

Those who obey God now will inherit a reward foretold over thousands of years: “He that overcomes shall inherit all things” (Rev. 21:7). The Moffatt translation renders the single Greek word translated “all things” as the universe.

That is why you were born! That is the reason for the breathtaking expanse of the heavens. That is why mankind cannot satisfy its curiosity about the cosmos. Man is meant to one day inherit “all things”—the entire universe!

If you make the choice to respond to your Creator and develop your awesome potential and overcome today, you can have a part in this great inheritance.