This website requires the use of Javascript to function correctly. Performance and usage will suffer if it remains disabled.
How to Enable Javascript
How Long Will It Take to Know Who Won in U.S. Midterm Elections?

How Long Will It Take to Know Who Won in U.S. Midterm Elections? 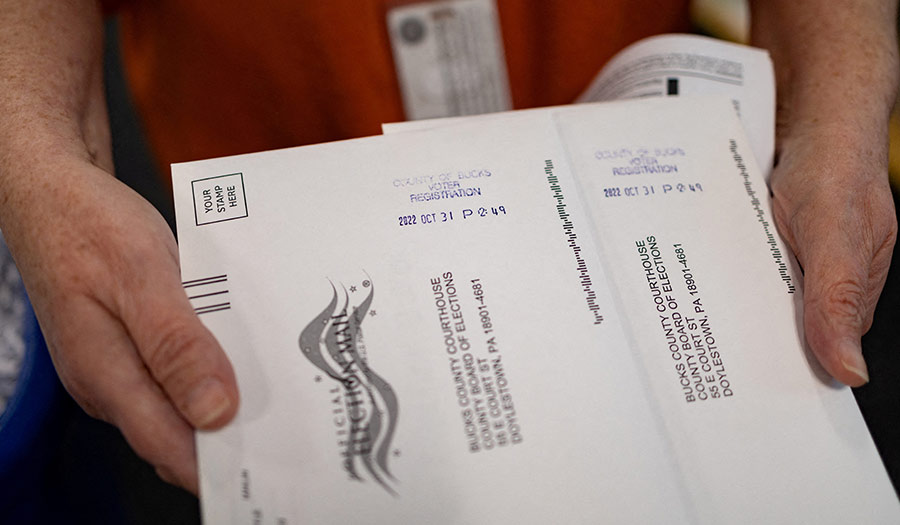 REUTERS/Hannah Beier
“On Demand” absentee or mail-in ballots are time stamped after being filled out in Doylestown, Pennsylvania (October 31, 2022).

WASHINGTON (Reuters) – Here is some advice for anyone following Tuesday’s U.S. midterm elections: Be ready for a long night and maybe days of waiting before it’s clear whether Republicans or President Joe Biden’s Democrats will control Congress.

All 435 seats in the U.S. House of Representatives are up for grabs, as are 35 U.S. Senate seats and 36 governorships.

Republicans would need to pick up five seats to take a majority in the House and just one to control the Senate. Nonpartisan election forecasters and polls suggest Republicans have a very strong chance of winning a House majority, with control of the Senate likely to be closer fought.

A massive wave of Republican support could lead to declarations of victory hours after polls close.

But with dozens of races expected to be close and key states like Pennsylvania already warning it could take days to count every ballot, experts say there’s a good chance America goes to bed on election night without knowing who won.

“When it comes to knowing the results, we should move away from talking about Election Day and think instead about election week,” said Nathan Gonzales, who publishes the nonpartisan newsletter Inside Elections.

The earliest vote tallies will be skewed by how quickly states count mail ballots.

Because Democrats vote by mail more often than Republicans, states that let officials get an early jump on counting mail ballots could report big Democratic leads early on that evaporate as vote counters work through piles of Republican-leaning ballots that were cast on election day.

In these “blue mirage” states—which include Florida and North Carolina—election officials are allowed to remove mail ballots from their envelopes before Election Day and load them in vote counting machines, allowing for speedy counting.

States including Pennsylvania and Wisconsin don’t allow officials to open the envelopes until Election Day, leading to a possible “red mirage” in which Republican-leaning Election Day ballots are reported earlier, with many Democratic-leaning mail ballots counted later.

Experts like Joe Lenski, co-founder of Edison Research, which will be tracking hundreds of races on Tuesday and supplying Reuters and other media organizations with results, will keep an eye on the mix of different types of ballots each state is counting throughout the night.

“Blue mirage, red mirage, whatever. You just have to look at what types of votes are getting reported to know where you are in that state,” said Mr. Lenski.

So When Do We Know Which Party Won?

The first wave of vote tallies is expected on the East Coast between 7 p.m. and 8 p.m. An early indication of Republican success could come if the races expected to be close—like Virginia’s 7th congressional district or a U.S. Senate seat in North Carolina—turn out to be Democratic routs.

By around 10 p.m. or 11 p.m. ET, when polls in the Midwest will be closed for an hour or more, it’s possible Republicans will have enough momentum for experts at U.S. media organizations to project control of the House, said Kyle Kondik, a political analyst at the University of Virginia’s Center for Politics.

If the fight for the House still looks close as vote tallies start coming in from the West Coast—where there could be more than a dozen tight House races—it could be days before control of the chamber is known, experts said.

California typically takes weeks to count all its ballots, in part because it counts ballots postmarked by Election Day even if they arrive days afterward. Nevada and Washington state also allow late ballots if postmarked by November 8, slowing down the march to final results.

“If the House is really on the edge, that would matter,” said Mr. Kondik.

It may take longer, perhaps weeks longer, to know which party will control the Senate, with close contests in Pennsylvania, Arizona and Georgia likely to determine final control.

If Georgia’s Senate race is as close as expected and no candidate receives more than 50 percent of the vote, a run-off election would be scheduled for December 6, possibly leaving control of the chamber in limbo until then. 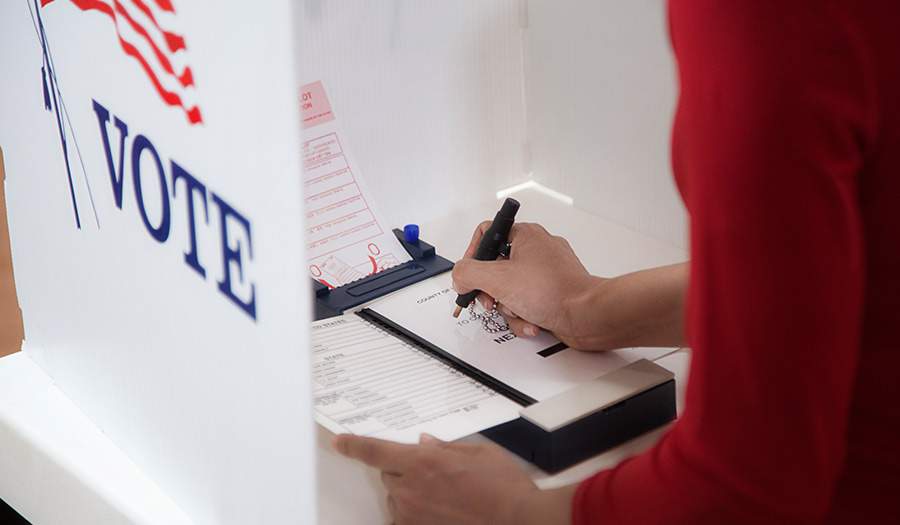 Do Christians Vote and Participate in Politics?
Democratic societies choose their leaders by voting in elections. Should Christians participate in the politics of their country? Would Jesus vote if He were here today?