This website requires the use of Javascript to function correctly. Performance and usage will suffer if it remains disabled.
How to Enable Javascript
Like U.S., Mexico Faces a State-by-State Divide Over Abortion

Like U.S., Mexico Faces a State-by-State Divide Over Abortion 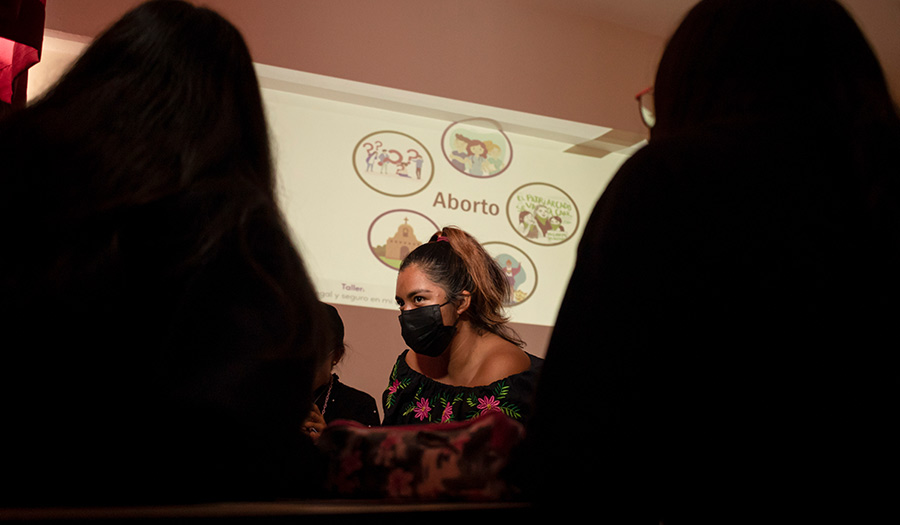 OAXACA, Mexico (AP) – Differences over abortion have pitted one large batch of U.S. states against another—one group imposing sweeping bans, the other intent on preserving access. To a remarkable extent, that’s also the case in America’s southern neighbor, Mexico.

Ten of Mexico’s 32 states have decriminalized abortion—most of them in just the past three years. Even in some of those 10 states, for example Oaxaca, abortion-rights activists say they face persisting challenges in trying to make abortion safe, accessible and government-funded.

Two other Latin American nations—Argentina and Colombia—recently legalized abortion nationwide. But in Mexico—a federal republic—each state has its own laws and criminal codes.

The resulting divisions and uncertainties in Mexico mirror those that have emerged in the U.S. since its Supreme Court struck down the right to abortion in June and instead enabled the 50 state governments to set their own policies. Since that ruling, more than a dozen Republican-governed states have banned most abortions; others may follow suit.

In Mexico, neither abortion-rights activists nor anti-abortion leaders are pleased with the current situation.

Even as the decriminalization drive progresses, abortion-rights activists complain that government authorities are doing too little to raise awareness about abortion access and help low-income women afford the procedure. Only a few days ago did the Ministry of Health publish guidelines for abortions in public clinics.

Meanwhile, the Catholic archbishop of Mexico City, Cardinal Carlos Aguiar Retes, has condemned moves to decriminalize abortion, declaring that they are tantamount to an attack on God. The National Front for the Family, a major anti-abortion group, has formed networks that offer economic and psychological support to women who are considering abortions because they lack the resources to continue their pregnancy.

And in Oaxaca, a member of the National Bar of Christian Lawyers recently presented lawmakers with a petition signed by 7,000 people opposing the decriminalization of abortion.

“Anyone who deprives another person of his life commits homicide,” lawyer Lilia Hernandez told the Associated Press. “Many times, they say that those of us who are in favor of life are outdated, but the law arose to protect the family.”

In 2019, Oaxaca was among the earliest states to decriminalize abortion. It has become is a prime example of the complexities facing Mexico as it confronts the issue.

Mano Vuelta, a Oaxacan organization led by Indigenous and Afro Mexican women, has been seeking to raise women’s awareness about their sexual and reproductive rights, including their right to have an abortion. Much of the outreach is done in Native languages—in Oaxaca there are 16 of them.

After monitoring several communities, Mano Vuelta determined that most young women were unaware that abortion was legal in Oaxaca. The organization also says most health agencies and clinics in the state lack translation services and provide no information about abortion in Native languages.

Mexfam, a national organization promoting sexual and reproductive rights, launched an initiative in 2020 to build a network of doctors that women from Oaxaca’s central valleys could visit if they were considering ending a pregnancy.

Alina Gutiérrez, who worked on the project, said Mexfam staffers went from clinic to clinic, talking to doctors and offering them training and free medication for women seeking an abortion. With persistent outreach, some of the medical professionals were willing to cooperate, Ms. Gutierrez said. “There were others who said: No, we are not going to kill babies.”

Across Mexico’s abortion landscape, an important role is played by networks of “acompanantes,” or companions. These are women who literally accompany other women who want to terminate their pregnancy but don’t know where to turn or fear hostility at public clinics.

Some of these networks are now expanding their efforts to assist American women affected by newly imposed abortion bans—helping them get abortions in Mexico or obtain pills that can be used for self-managed abortions.

Yanet Jennings, a gynecologist at a private clinic in Oaxaca, praised the work of the acompañantes.

“They are the ones who are on the street, the ones who want to understand the circumstances experienced by women seeking to end their pregnancies and have the courage to accompany them,” she said.

As a doctor, Ms. Jennings said, she’s comfortable with her decision to honor patients’ reproductive rights, and not impose moral or religious judgments on them.

“How many times do we ask, ‘What scares you? What worries you about having an abortion?’ “she said. “I honor and appreciate that these women allow me to hear their stories.”

Ms. Jennings said most of her fellow doctors in Oaxaca feel differently: “What they think on a personal level is more important than the woman’s needs.”

Some doctors, she said, are willing to perform abortions, but overcharge their often economically disadvantaged patients.

“It is an abuse of power,” Ms. Jennings said. “They’re saying, ‘Yes, I am going to help you, but my knowledge is going to cost you.’“

Abortion is legal up to 12 weeks of pregnancy in Mexico City and nine states—Oaxaca, Hidalgo, Veracruz, Colima, Baja California, Guerrero, Baja California Sur and Quintana Roo—and up to 13 weeks in Sinaloa. It is allowed throughout the country in cases where a pregnancy results from rape, and in some jurisdictions when the life of the woman is in danger or there are severe fetal abnormalities.

In an 11th state, Coahuila, it’s illegal to criminalize a woman who has an abortion, due to a 2021 ruling by Mexico’s Supreme Court. Abortion-rights supporters say the ruling should be applied to all other states, but most of them have not revised their laws to conform.

“The states that have not decriminalized abortion are remiss,” said Edith Olivares Ferreto, executive director of Amnesty International in Mexico. “These legislatures have the obligation to align with the Supreme Court’s statement, which clearly indicates that criminalizing abortion is a violation of human rights.”

President Andres Manuel Lopez Obrador, in power since 2018, generally avoids speaking on the issue, though his administration has supported abortion rights. Activists say the federal government should do more to inform the public about the scope of decriminalization, ensure that medical personnel receive appropriate training, guarantee that abortions are available in public health facilities and improve sex education in schools.