This website requires the use of Javascript to function correctly. Performance and usage will suffer if it remains disabled.
How to Enable Javascript
As Political Division Ramps Up, Clergy Struggle to Unify Congregants

As Political Division Ramps Up, Clergy Struggle to Unify Congregants 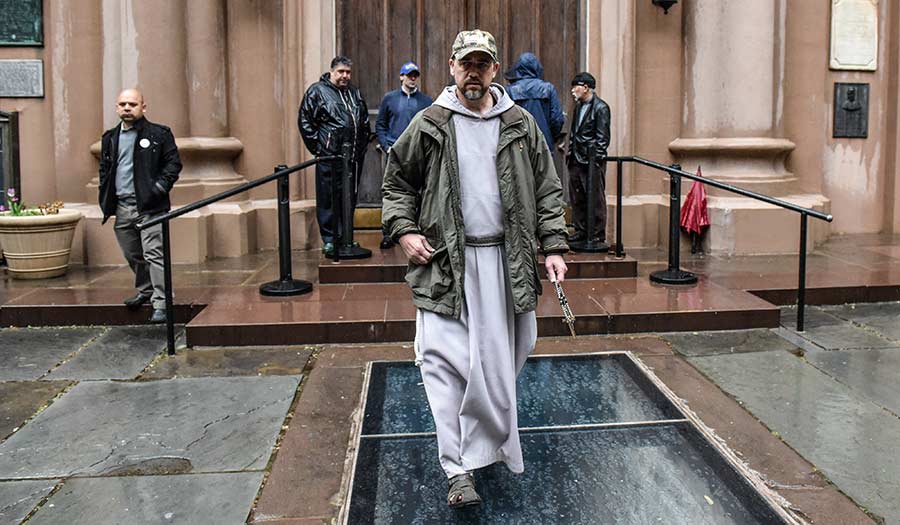 Stephanie Keith/Getty Images
Anti-abortion activists and church members gather outside of a Catholic Church in downtown Manhattan to voice their support for a woman’s right to choose (May 7, 2022).

The Associated Press – One member of Rabbi David Wolpe’s diverse congregation left because Mr. Wolpe would not preach sermons criticizing Donald Trump. Scores of others left over resentment with the synagogue’s rules for combating COVID-19. But Mr. Wolpe remains steadfast in his resolve to avoid politics when he preaches at Sinai Temple in Los Angeles.

“It is not easy to keep people comfortable with each other and as part of one community,” he said. “A great failing of modern American society is that people get to know each other’s politics before they get to know their humanity.”

Mr. Wolpe—whose congregation includes liberal Democrats and hundreds of conservative Iranian Americans—is far from alone in facing such challenges. Though many congregations in the U.S. are relatively homogeneous, others are sharply divided. In some cases, divisions are becoming more pronounced as midterm election season heats up, leaving clergy to keep the peace while still meeting the spiritual needs of all of their members.

A black pastor in Columbus, Ohio—Bishop Timothy Clarke of the First Church of God—says there are “deep divides” in his predominantly African American congregation of more than 2,000. He cited abortion as a particularly divisive topic in the wake of the Supreme Court ruling in June allowing states to ban the procedure.

Paul Roberts, senior pastor of Eastminster Presbyterian Church in Pittsburgh, said his congregation—like many others—is dealing with one contentious issue after another.

“The whole thing with Trump, Black Lives Matter, the pandemic really has highlighted a sense of uneasiness when you’re covering all these different topics as a church,” he said. “It just seems there isn’t anything that doesn’t have tension over it.”

His church has about 140 regular attendees, a politically and theologically diverse group that is about half black and half white. He said a few people left the church over its support for the Black Lives Matter movement, but for the most part it has stayed together.

Rabbi Judith Siegal is asking members of her politically divided congregation in Coral Gables, Florida, to sign a code of ethics pledging to respect those with different views.

“No matter who you vote for, your skin color, where you are from, your faith, or who you love, we will be there for one another,” one sign says. “That’s what a community means.”

Ms. Siegal said she and her assistant rabbi, Jonathan Fisch, are often asked by members of the Reform congregation to address certain issues.

“We’re careful about doing that in a way that’s value-driven, preaching from our tradition and our Torah,” she said. “For example, we know that welcoming immigrants is something that’s important to us as Jews—but we’re never going to tell anyone how to vote.”

The Reverend Sarah Wilson said her congregation at St. Barnabas Lutheran Church in Cary, Illinois, includes Republican business leaders and liberal nurses and teachers. There are partisan differences, as well as conflicting views on abortion, but she aspires to keep political debate out of the church and avoid partisan rhetoric of her own.

“Politics are very important to me—I vote in every election,” she said. “But I’m not here to tell a person how to vote or who to vote for. If people ask me, even for city council, I don’t do that.”

The congregation at the Cathedral of the Most Sacred Heart of Jesus and its connected Catholic school community is diverse ethnically, economically, and politically, said the Reverend David Boettner, rector of the cathedral and vicar general of the Diocese of Knoxville, Tennessee.

Mass is celebrated in five languages, and parishioners and student families speak more than a dozen at home; some are financially well off while others struggle to get by, he said.

Political issues crop up in conversations at church, but Mr. Boettner suspects members are less likely to share polarizing views with him because he is their priest. They share more freely on social media, and he has noticed an increase in political posts as the midterm elections approach. Abortion and religious liberty, including the recent Supreme Court rulings, are prominent, he said.

Mr. Boettner said he strives for consistency in preaching about the Catholic teachings on moral, social and economic justice issues, while steering clear of endorsing specific policies. Prayers are offered for all leaders, not just those from a particular party.

“The church is not partisan,” Mr. Boettner said. “The Catholic Church is probably a great example of a church that offends both Democrats and Republicans alike.”

At Sinai Temple, Rabbi Wolpe strives to encourage mutual respect within his congregation. He cites the men’s book club as a positive example: In a recent initiative, it alternated reading a book by a left-of-center author, then a book by a conservative. 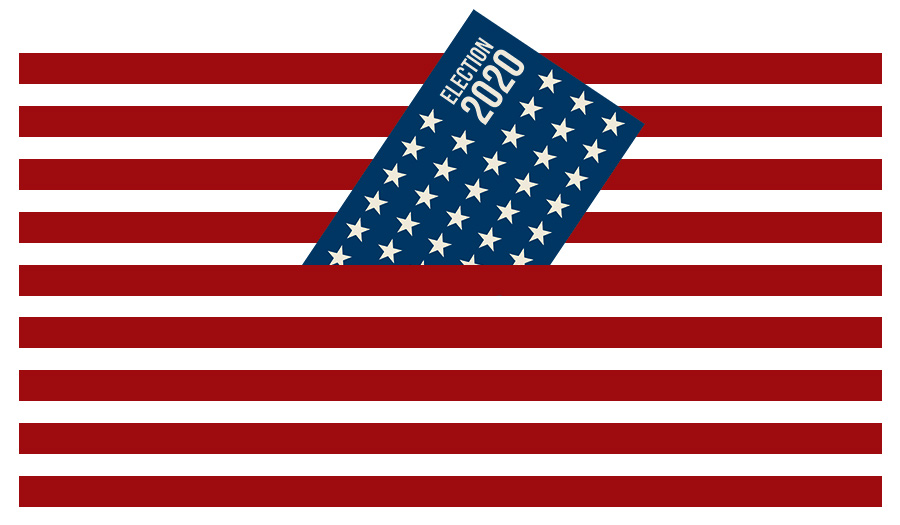