This website requires the use of Javascript to function correctly. Performance and usage will suffer if it remains disabled.
How to Enable Javascript
As ‘Buy Now, Pay Later’ Plans Grow, So Do Delinquencies

As ‘Buy Now, Pay Later’ Plans Grow, So Do Delinquencies 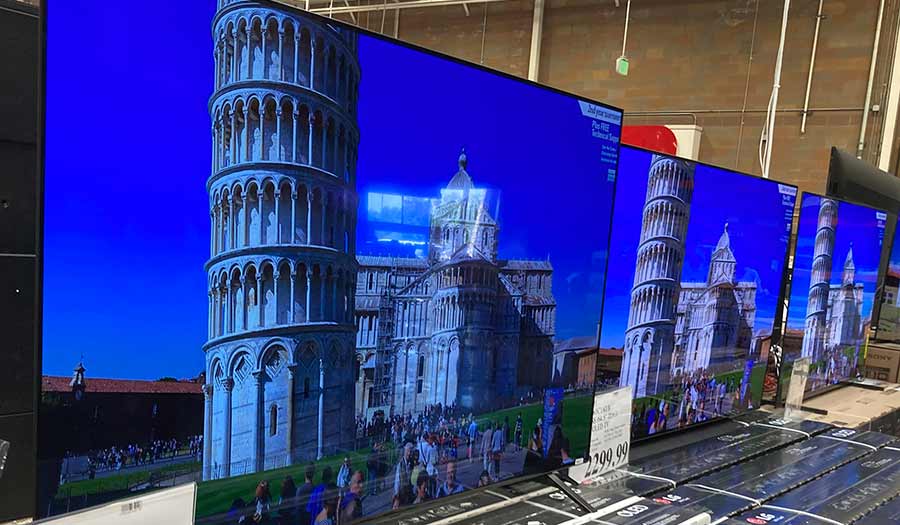 AP/David Zalubowski
A 65-inch television is shown at a warehouse in Lone Tree, Colorado (June 17, 2021). Buy now, pay later loans allow users to pay for items such as new sneakers, electronics or luxury goods in installments.

Buy now, pay later loans allow users to pay for items such new sneakers, electronics, or luxury goods in installments. Companies such as Affirm, Afterpay, Klarna and PayPal have built popular financial products around these short-term loans, particularly for younger borrowers, who are fearful of never-ending credit card debt.

Now, as the industry racks up customers, delinquencies are climbing. Inflation is squeezing consumers, making it tougher to pay off debts. Some borrowers do not budget properly, particularly if they are persuaded to take out multiple loans, while others may have been credit risks to begin with.

“You have an industry with a higher concentration of subprime borrowers in a market that hasn’t been effectively tested through [this type of economy], and you have a kind of a toxic brew of concerns,” said Michael Taiano, an analyst with Fitch Ratings, who co-wrote a report in July highlighting some of the concerns with the industry.

The most popular type of buy now, pay later loans allow for four payments over six weeks—one payment at the time of purchase and three others that borrowers often try to sync up with pay periods. Longer-term loans for bigger purchases are also available. Most of the short-term loans have no interest attached to them. Companies that do charge interest can clearly state upfront how much a borrower will pay in financial charges.

Given those features, consumer advocates and financial advisors initially had seen buy now, pay later plans as a potentially healthier form of consumer debt if used correctly. The biggest concern had been late fees, which could act as a hefty finance charge on a small purchase if a borrower is late on a payment. The fees can run as high as $34, plus interest. But now as delinquencies are rising, and companies are being more aggressive in marketing their products, advocates see a need for additional regulation.

The industry is growing rapidly, according to a report released Thursday by the Consumer Financial Protection Bureau. Americans took out roughly $24.2 billion in loans on buy now, pay later programs in 2021, up from only $2 billion in 2019. That industry-wide figure is only expected to jump even more. Klarna’s customers bought $41 billion worth of product on its service globally in the first six months of the year, up 21% from a year ago. At PayPal, revenue from its buy now, pay later services more than tripled in the second quarter to $4.9 billion.

“I remember I just had a cartful,” she said. “At first, I thought, ‘Something’s gotta go back,’ and then I saw Afterpay at checkout—you don’t pay for it all right now, but you get it all right now. That was music to my ears.”

How healthfully customers are using buy now, pay later loans is unclear. Fitch found that delinquencies on these services rose sharply in the 12 months ended March 31, while credit card delinquencies remained steady. And according to the CFPB, a growing percentage of loans the industry is making are being charged off—or loans it considered so delinquent that they were likely uncollectible. The industry’s charge-off rate was 2.39 percent in 2021, a figure that is now likely higher given the economic turmoil this year. In 2020, that figure was 1.83 percent.

“This upward trend on delinquencies is continuing,” said Rohit Chopra, director of the CFPB, in a call with reporters.

Credit reporting company TransUnion found that buy now, pay later borrowers are using the product just as much as credit cards, piling on debt on top of additional debt. A poll by Morning Consult released this week found 15 percent of buy now, pay later customers are using the service for routine purchases, such as groceries and gas, a type of behavior that sounds alarm bells among financial advisors. The CFPB report also found a small, but growing number of Americans using these products for routine purchases as well.

“If these buy now, pay later plans are not adequately budgeted for, they can have a cascading impact across a person’s entire financial life,” said Andre Jean-Pierre, a former Morgan Stanley wealth advisor who now runs his own financial planning firm.

Meanwhile providers of buy now, pay later services see rising delinquencies as a natural consequence of growth, but also an indication that inflation is hitting Americans most likely to use these services the hardest.

“We have seen some stress [among those with the lowest credit scores], and those are starting to have a hard time,” said Max Levchin, founder and CEO of Affirm, one of the largest buy now, pay later companies.

“I would not call it a sort of preamble to a potential downturn, but it’s not the same kind of a smooth sailing it’s been,” he said, adding that Affirm is taking a more conservative approach towards lending.

Buy now, pay later took off in the U.S. after the Great Recession. The product, analysts said, largely has not been tested through a great period of financial distress, unlike mortgages or credit cards or auto loans.

Despite these concerns, the consensus is buy now, pay later companies are here to stay. Affirm, Klarna, Afterpay, which is owned by Block Inc., as well as PayPal and others are now widely embedded in internet commerce.

“I generally plan purchases that I make using PayPal ‘Pay in 4’ so that my due dates for purchases land on my pay dates, as the due dates are every other week,” said Desiree Moore, 35, from Georgia.

Ms. Moore said she tries to use buy now, pay later plans to cover purchases not in her usual monthly budget, so not to take money away from the needs of her children. She has been increasingly using the plans with inflation making items more expensive and is so far able to keep up with the payments.

Jasmine Francis, the technical analyst, said it is now common among her friends to pay for travel with the installment loans, to not completely drain their bank accounts in case of emergencies.

“If I come back home from vacation and have two flat tires, and I just spent all that money on plane tickets, that’s $400 you don’t have at the moment,” she said. “Most people don’t have savings. They just have enough for those flat tires.”

Don’t Let Debt Get You Down