This website requires the use of Javascript to function correctly. Performance and usage will suffer if it remains disabled.
How to Enable Javascript
Study: Millennials Did Not Stray Far from Where They Grew Up

Study: Millennials Did Not Stray Far from Where They Grew Up 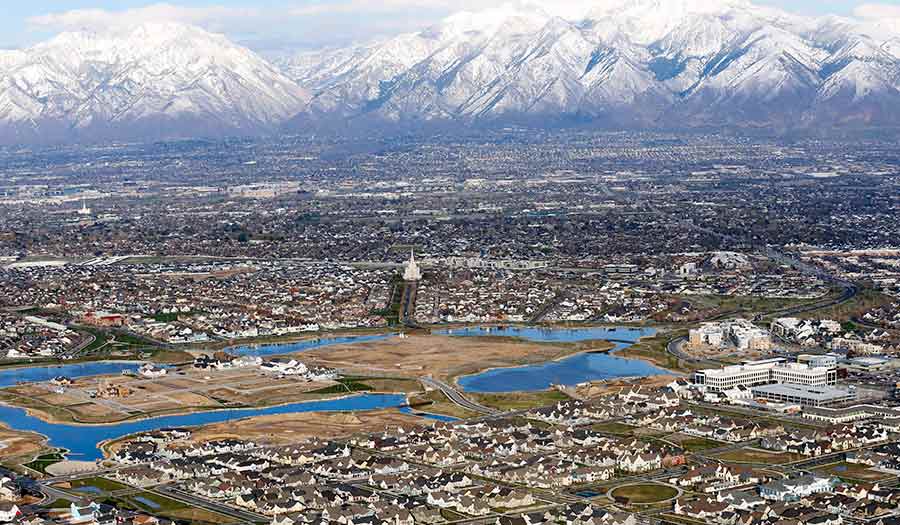 The Associated Press – Growing up in mid-sized Virginia Beach, Andrew Waldholtz wanted to live in a big city so he moved to the District of Columbia for college. After four years in the comparatively expensive city, he realized he wanted a place to live that was more affordable.

Mr. Waldholtz, 35, eventually found a happy compromise in St. Louis whose Midwestern affordability and opportunities to build his career in corporate compliance had the added bonus that his sister and brother-in-law lived there.

Now living 940 miles away from Virginia Beach, Mr. Waldholtz is in a distinct minority among others who reached adulthood in the 21st century in that he resides a half-continent away from where he grew up, according to a new study by U.S. Census Bureau and Harvard University researchers released Monday.

The study found that by age 26 more than two-thirds of young adults in the U.S. lived in the same area where they grew up, 80 percent had moved less than 100 miles away and 90 percent resided less than 500 miles away. Migration distances were shorter for black and Hispanic individuals, compared to white and Asian young adults, and the children of higher income parents traveled farther away from their hometowns than those of less wealthy parents, according to the study.

“For many individuals, the ‘radius of economic opportunity’ is quite narrow,” the report said.

Young adulthood is a period in life when migration is highest in the U.S. The study looked at the likelihood of people born primarily between 1984 and 1992 moving away from the commuting zone they grew up in. Commuting zones are made up of one or more counties that reflect a local labor market, and there are more than 700 commuting zones in the U.S. The birth range in the study overlaps the generation typically referred to as millennials.

It turns out that the most common destinations for young adults were concentrated near where they grew up, said the study which utilized decennial census, survey and tax data.

For instance, three quarters of people who grew up in the Chicago area stayed there. Rockford was the top destination for people who moved away and stayed in Illinois but only represented less than 1 percent of the young adults from Chicago. Los Angeles was the top destination for those who moved out of state but that accounted for only 1.1 percent of young adults from Chicago, according to an interactive data tool that accompanies the study.

Where young adults moved to varied by race.

Atlanta was the most popular destination for young black adults moving away from their hometowns, followed by Houston and Washington.

For white adults leaving their hometowns, New York, Los Angeles, Washington and Denver were the most population destinations. Los Angeles and New York were the top two destinations for Asians and Hispanic young adults. San Antonio and Phoenix also were popular with Hispanics, while San Francisco also appealed to Asian young adults.

Despite the region’s economic woes and the prospect of job opportunities elsewhere, young adults in Appalachia were less likely to move far from their hometowns compared to those of similar incomes living elsewhere, the report said.

The reluctance of millennials to move far away is backed up by recent studies showing declines in mobility in the U.S. for the overall population. In the middle of the last century, about a fifth of U.S. residents, not just young adults, moved each year. That figure has dropped steadily since the 1950s, going from about 20 percent to 8.4 percent last year, due to an aging population, dual-income households that make it more difficult to pick up and move and, more recently, the pandemic, according to a recent report from Brookings.

A Pew Research Center survey released last week showed that a quarter of U.S. adults ages 25 to 34 resided in a multigenerational family household in 2021, up from 9 percent in 1971. The age groups in the Pew study and the study by the Census Bureau and Harvard University researchers overlap to some degree.

When there were wage gains in a local labor market, most of the benefits went to residents who grew up within 100 miles rather than people who had migrated to the area. Wage increases’ effect on migration to an area was rather small, and migrants likely would have moved there regardless of wage hikes.

Mr. Waldholtz graduated into the recession in 2008 and went back to Virginia Beach for work. “Probably the worst time ever to be looking for a job,” he said. He eventually went to law school in Ohio and prioritized work opportunities when deciding where to live after graduation three years later.

“All of us need a job to pay our bills,” Mr. Waldholtz said. “That factor has to be the most important factor.”