This website requires the use of Javascript to function correctly. Performance and usage will suffer if it remains disabled.
How to Enable Javascript
Vladimir Putin, in Tehran, Gets Strong Support from Iran over Ukraine

Vladimir Putin, in Tehran, Gets Strong Support from Iran over Ukraine 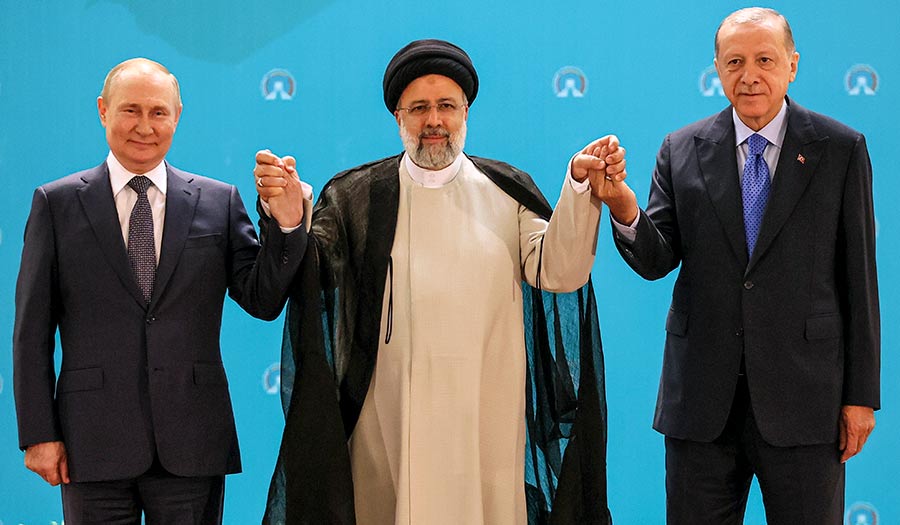 Mr. Khamenei said that if Russia had not sent troops into Ukraine, it would have faced an attack from NATO later, a statement that echoed Mr. Putin’s own rhetoric and reflected increasingly close ties between Moscow and Tehran as they both face crippling Western sanctions. NATO allies have bolstered their military presence in Eastern Europe and provided Ukraine with weapons to help counter the Russian attack.

“If the road would have been open to NATO, it will not recognize any limit and boundary,” Mr. Khamenei told Mr. Putin. Had Moscow not acted first, he added, the Western alliance “would have waged a war” to return the Crimean Peninsula that Russia seized from Ukraine in 2014 back to Kyiv’s control.

In only his second trip abroad since Russia launched the military action in February, Mr. Putin conferred with Iranian President Ebrahim Raisi and Turkish President Recep Tayyip Erdogan on the conflict in Syria, and he used the trip to discuss a UN-backed proposal to resume exports of Ukrainian grain to ease the global food crisis.

Turkey, a NATO member, has found itself opposite Russia in bloody conflicts in Syria and Libya. It has even sold lethal drones that Ukrainian forces have used to attack Russian troops. But Ankara has not imposed sanctions on the Kremlin, making it a sorely needed partner for Moscow. Grappling with runaway inflation and a rapidly depreciating currency, Turkey also relies on the Russian market.

Mr. Erdogan made Mr. Putin wait for nearly a minute before entering the room for talks and then praised what he described as Russia’s “very, very positive approach” during last week’s grain talks in Istanbul. He voiced hope a deal will be made, and “the result that will emerge will have a positive impact on the whole world.”

Speaking to Mr. Erdogan as their meeting began, Mr. Putin thanked him for his mediation to help “move forward” a deal on Ukrainian grain exports. “Not all the issues have been resolved yet, but it’s good that there has been some progress,” Mr. Putin added.

He later told reporters that Moscow would accept a deal to facilitate Ukrainian grain shipments if the West lifts restrictions on Russian grain exports.

“We have reached a preliminary agreement on that with international organizations, which have taken the labor to turn it all into a package,” Mr. Putin said. “Let’s see how it all evolves in the nearest time.”

He noted that “the Americans have effectively lifted the restrictions on Russian fertilizer supplies to global markets,” adding that “if they sincerely want to improve the situation in the global food market, I hope they will do the same with Russian grain exports.”

UN, Russian, Ukrainian and Turkish officials had reached a tentative agreement on some aspects of a deal to ensure the export of 22 million tons of desperately needed grain and other agricultural products trapped in Ukraine’s Black Sea ports by the fighting. Reaching the agreement would mark a major step toward alleviating a food crisis that has sent prices of vital commodities like wheat and barley soaring.

Asked whether the talks with Ukraine on a political settlement could resume, Putin said that Russia was grateful to Erdogan and other international mediators but noted hat “we are seeing that Kyiv’s authorities have no such desire.” 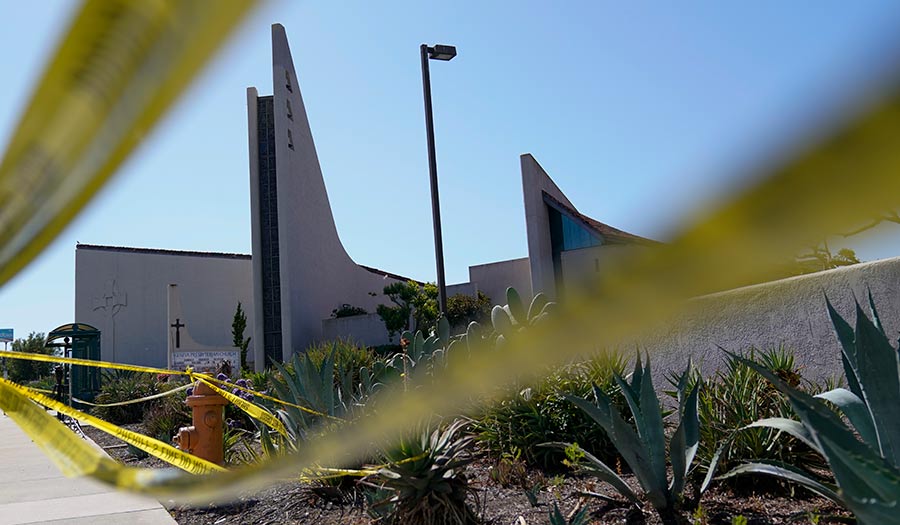 U.S. Houses of Worship Increase Security After Shootings
LOS ANGELES (AP) – The Reverend Steven Marsh never thought he would see the day his church in Laguna Woods, California—a town of 16,500 populated largely by retirees—would be spending $20,000 a month for security.