This website requires the use of Javascript to function correctly. Performance and usage will suffer if it remains disabled.
How to Enable Javascript
Melatonin Poisoning Reports Are Up in Kids, Study Says

Melatonin Poisoning Reports Are Up in Kids, Study Says 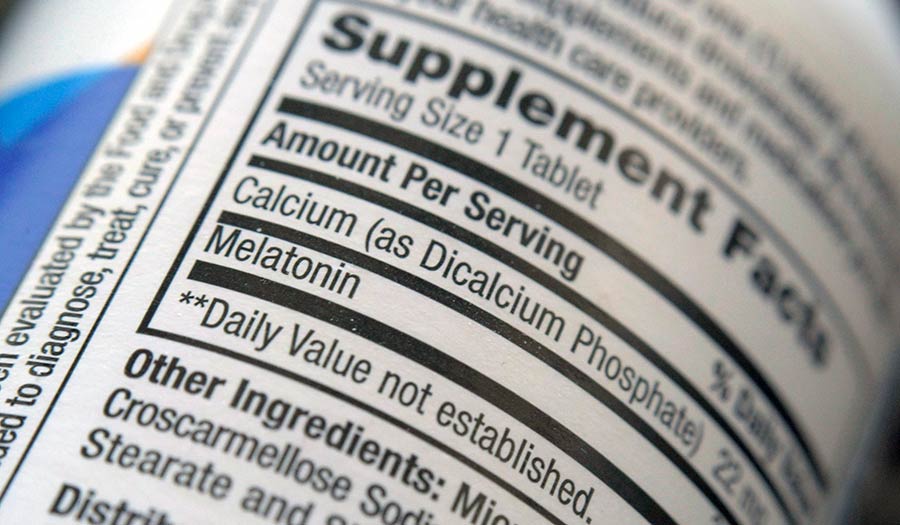 AP/Patrick Sison
The label for a bottle of melatonin pills (June 2, 2022).

NEW YORK (AP) – Researchers are drawing attention to a rise in poisonings in children involving the sleep aid melatonin—including a big jump during the pandemic.

Last year, U.S. poison control centers received more than 52,000 calls about children consuming worrisome amounts of the dietary supplement—a six-fold increase from about a decade earlier. Most such calls are about young children who accidentally got into bottles of melatonin, some of which come in the form of gummies for kids.

Parents may think of melatonin as the equivalent of a vitamin and leave it on a nightstand, said Dr. Karima Lelak, an emergency physician at Children’s Hospital of Michigan and the lead author of the study published Thursday by the Centers for Disease Control and Prevention. “But really it’s a medication that has the potential to cause harm, and should be put way in the medicine cabinet,” Dr. Lelak said.

Melatonin is a hormone that helps control the body’s sleep cycle. It has become a popular over-the-counter sleeping aid, with sales increasing 150 percent between 2016 and 2020, the authors said.

In the U.S., melatonin is sold as a supplement, not regulated as a drug. Because melatonin is unregulated, the U.S. Food and Drug Administration does not have oversight over the purity of ingredients or the accuracy of dosage claims.

Other researchers have found that what is on the label may not match what is actually in the bottle, and some countries have banned the sale of over-the-counter melatonin.

How Are Melatonin Overdoses Treated?

Many people can tolerate even relatively large doses of melatonin without significant harm, experts say. But there is no antidote for an overdose. In cases of a child accidentally ingesting melatonin, experts often ask a reliable adult to monitor them at home.

But slowed breathing or other worrisome signs can mean a child should be taken to a hospital.

What Did the Researchers Find?

Dr. Lelak and her colleagues looked at reports to poison control centers from 2012 to 2021, counting more than 260,000 calls about kids taking too much melatonin. They represented 0.6 percent of all poison control calls in 2012 and about 5 percent in 2021.

In about 83 percent of those calls, the children did not show any symptoms. But other children endured vomiting, had altered breathing or showed other symptoms. Over the 10 years studied, more than 4,000 kids were hospitalized, five needed to be put on machines to help them breathe, and two—both younger than 2—died.

Most of the hospitalized children were teenagers, and many of those were believed to be suicide attempts.

What Happened During the Pandemic?

Reported melatonin poisonings have been increasing for at least a decade, but the largest increases happened after the COVID-19 pandemic hit the United States in 2020. Between 2019 and 2020, the count shot up 38 percent.

There may be several reasons, Dr. Lelak said. Because of lockdowns and virtual learning, more children were at home all day, meaning there were more opportunities for kids to access melatonin. Also, the pandemic caused sleep-disrupting stress and anxiety that may have caused more families to consider melatonin.

“Children were upset about being home, teenagers were closed off from friends. And on top of all that everyone’s looking at screens for hours and hours a day,” Dr. Lelak said.