This website requires the use of Javascript to function correctly. Performance and usage will suffer if it remains disabled.
How to Enable Javascript
No More Extra Credit? Schools Rethink Approaches to Grades 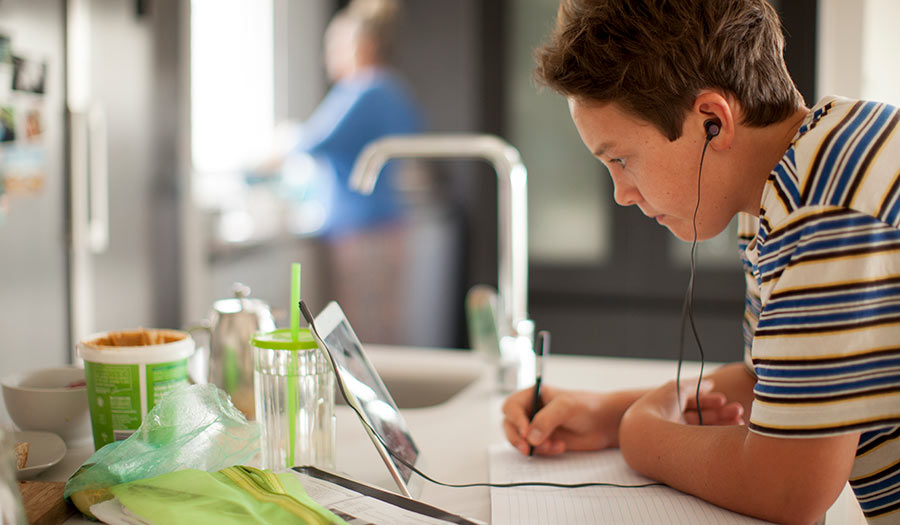 The Associated Press – To curb an alarming rise in failing students at the height of the pandemic, school districts around the U.S. showed leniency in accepting late work and assigning grades.

As the coronavirus crisis subsides, some are sticking with it or adopting similar approaches—not because of the pandemic, but often because of what it revealed about how students are penalized for hardships like a lack of support at home, work obligations or poor internet access.

During remote learning, theater teacher Brandy Snyder at New Mexico’s Las Cruces High School once saw a student on Zoom seated next to patrons at the fast food restaurant where he worked. He had been worried about losing points for attendance. Under the grading scale now allowed by the school, absences do not translate to lower grades if students ultimately can prove they have learned the material.

For years, advocates have advanced the concept of “equitable grading,” arguing grades should reflect students’ mastery of course material and not homework, behavior or extra credit. A growing number of schools now are becoming more deliberate about eliminating bias from grading systems as a result of lessons from the pandemic and the nation’s reckoning with racial injustice.

From California to Virginia, schools have been experimenting with getting rid of zero-to-100 point scales and other strategies to keep missed assignments from dramatically bringing down overall grades. Others are allowing students to retake tests and turn work in late. Also coming under scrutiny are extra-credit assignments than can favor students with more advantages.

Some teachers have pushed back, arguing the changes amount to lowering expectations.

In San Diego, a teachers union filed a grievance last year when the district launched plans to introduce equitable grading. Government and economics teacher Julia Knoff said she and her colleagues were concerned about having less autonomy and more work on tasks like rewriting tests for retakes.

The union eventually reached an agreement with the district ensuring teachers discretion on matters like how late assignments can be submitted and how many times they can be redone. Ms. Knoff, who is also a union representative, has been going through the training, although she personally believes the new approach will do little to prepare students for real-world responsibilities.

“I have a job and I have a boss and requirements,” Ms. Knoff said.

One of Ms. Snyder’s students, Helene Trujillo, said the flexibility with deadlines has helped her feel less “suffocated.” On some days, she has gotten home from her job at a Mexican restaurant after 10 p.m. and done homework until 2 a.m. Then she would have to log into school by 8:30 a.m.

“I think it would have been way easier to juggle it all if deadlines weren’t so urgent,” said Miss Trujillo, a senior. Then students are “not worried about the grade, and it’s really just about what you want to learn about, and I think that’s very beneficial.”

Remote learning opened many educators’ eyes to students’ home circumstances and stirred interest in ways to avoid disproportionately penalizing underserved students, according to Joe Feldman, a former teacher and administrator in Oakland, California, who wrote a book on the subject and has been training teachers around the U.S. with his Crescendo Education consulting group.

“I think we learned a little bit more about the grace that we can extend to students and wouldn’t want to have their grade reflect things outside their control,” he said.

Almost 20 teachers at Wilcox High School in Santa Clara, California, implemented equitable grading this school year in a districtwide pilot program. District officials want the program to be universal in a decade. Rather than determining grades on a zero-to-100 point scale, the teachers use a scale with fewer gradations like zero to four or 50 percent to 100 percent, with different intervals representing nearing basic, basic, proficient or advanced grasp of lessons.

A life sciences teacher at the school, Brad Beadell, has stopped giving zeros and deducting points for late work. He also gives unlimited retakes for quizzes and tests. While he wants to ensure equity, he also has been troubled by how students have exploited some of the changes.

“The problem that I’ve noticed with that is that the kids that are coming in to retake—particularly the tests—are kids who, like scored a 98 percent,” Mr. Beadell said. “Now I’ve turned off their ability to see their grade percentage because it’s bugging me that these kids are so intent on keeping that A-plus.”

Janna Stone, who teaches English literature at Wilcox High, is hopeful for a shift in students’ self-esteem. If they better understand the lessons, perhaps they will start to see their own academic potential.

“That’s really the question that I’m working on right now: Is this system going to encourage more of my students to…see themselves as better students?” Ms. Stone said. “Because I think a lot of them have defined themselves as like the D student or the F student.” 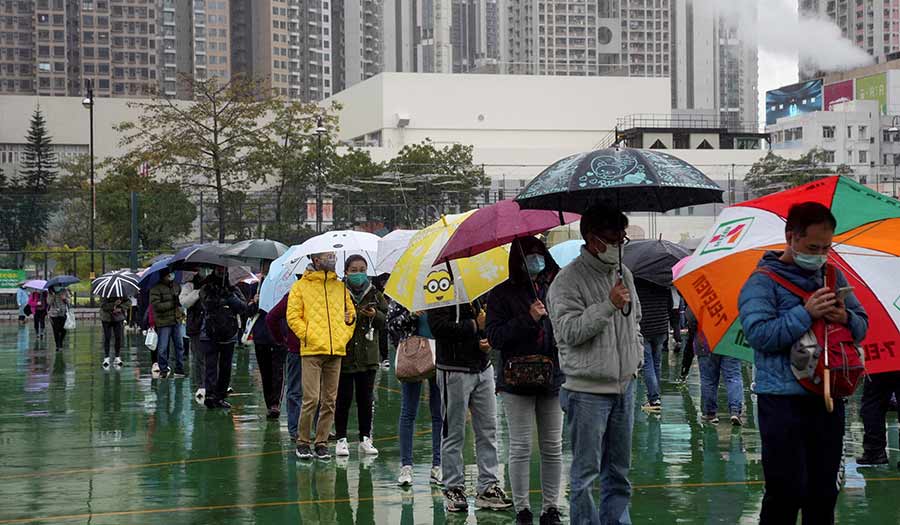 ‘Kids Are Broken’ with Online Teaching as Hong Kong Upsets Parents with Early School Break
HONG KONG (Reuters) – Insurance agent Emily Kwong, 30, is struggling to home-school her five-year-old daughter and is worried she has learned nothing due to Hong Kong’s strict COVID-19 restrictions that have forced toddlers and teens into online classes.