This website requires the use of Javascript to function correctly. Performance and usage will suffer if it remains disabled.
How to Enable Javascript
Flooding Leaves Thousands Stranded, Could Be Canada’s Costliest Natural Disaster 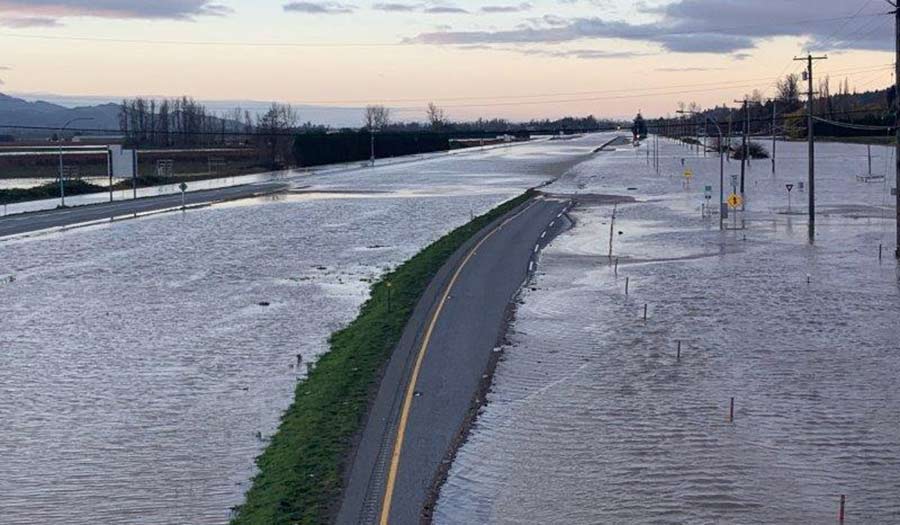 ABBOTSFORD, British Columbia (Reuters) – Emergency crews were still trying to reach 18,000 people stranded on Thursday after floods and mudslides destroyed roads, houses and bridges in British Columbia in what could be the costliest natural disaster in Canadian history.

Premier John Horgan declared a state of emergency and said the death toll would rise from the one confirmed fatality. Police say four more people are missing.

Many of the affected towns are in mountainous areas to the east and northeast of Vancouver with limited access.

Provincial Cabinet ministers told a briefing on Thursday that some major highways were slowly starting to reopen.

Some towns reported fuel shortages. Deputy Premier Mike Farnworth said the province was exploring whether to import fuel from the United States or neighboring Alberta.

In Ottawa, the federal minister for emergency preparedness, Bill Blair, said river flows were beginning to drop as the rain lightened.

“The situation remains critical, however, but there is in fact an improvement,” he told reporters.

Ottawa has promised to send hundreds of air force personnel to British Columbia, the first of whom have already arrived. Thousands more are on standby.

Shoppers emptied grocery shelves, although the shortages were as much down to panic buying as supply chains were disrupted.

At one point, the city of Abbotsford, east of Vancouver, feared the waters would overwhelm the pumping station and force the evacuation of all 160,000 residents.

Mayor Henry Braun said there had been no change in the status of the station and water was receding “at a pretty good clip” in some parts.

“We continue to move toward the recovery phase of this emergency,” he told reporters, noting more heavy rain was forecast for next week.

“We are not out of this by a long shot yet,” he said, adding he had been promised help by Prime Minister Justin Trudeau and provincial ministers.

“I take them all at their word. But I’ve also prepared them for one big bill,” he said, estimating it would cost up to C$1 billion ($792 million) to repair local damage.

Asked how much the total repairs would cost, Deputy Premier Farnworth said: “It’s going to be a lot. It’s going to be an awful lot…But what I can also tell you is this—the province has the fiscal capacity to be able to rebuild.”

That indicates the final amount will far exceed the C$3.6 billion in insured losses from wildfires that hit Alberta’s oil-producing region of Fort McMurray in 2016.

A massive wildfire in British Columbia’s interior during a heat wave this past summer may have left hills devoid of vegetation, contributing to the flooding and mudslides.