This website requires the use of Javascript to function correctly. Performance and usage will suffer if it remains disabled.
How to Enable Javascript
U.S. Traffic Deaths Soar in 2020 to Highest Yearly Total Since 2007 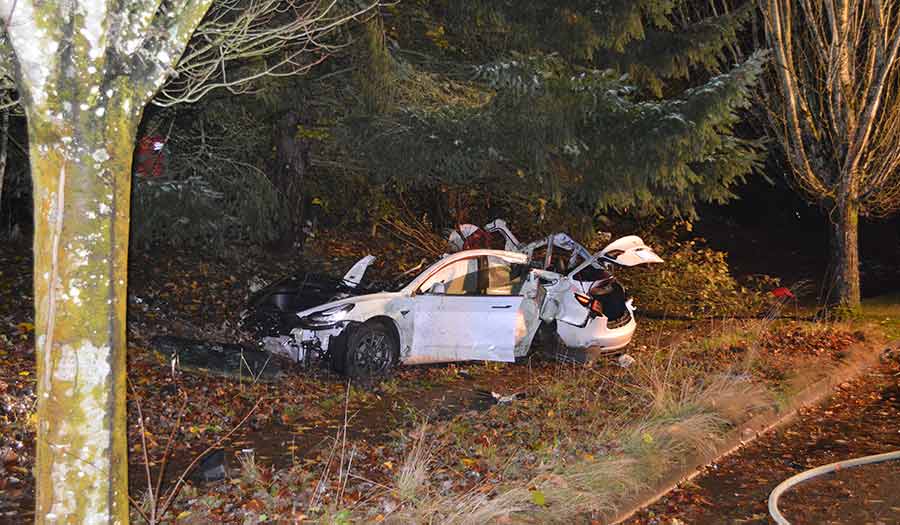 Corvallis Police Department via AP
The scene where an Oregon man crashed a vehicle while going about 100 mph, destroying the car, a power pole and starting a fire when some of the hundreds of batteries from the vehicle broke windows and landed in residences in Corvallis, Oregon (Nov. 17, 2020).

In the second half of 2020, the number of traffic deaths was up more than 13 percent.

“We intend to use all available tools to reverse these trends and reduce traffic fatalities and injuries,” said acting NHTSA Administrator Steven Cliff.

In an open letter to drivers in January, NHTSA said “fewer Americans drove but those who did took more risks and had more fatal crashes…It’s irresponsible and illegal to drive under the influence of drugs or alcohol, which not only puts your life at risk but the lives of others.”

Some experts said that as U.S. roads became less crowded, some motorists engaged in more unsafe behavior, including those who perceived police were less likely to issue tickets because of COVID-19. Data suggests a higher number of serious crashes last year involved drug or alcohol use than previously.

NHTSA said in October a study of early crash data after the pandemic lockdowns found that “drivers who remained on the roads engaged in more risky behavior, including speeding, failing to wear seat belts, and driving under the influence of drugs or alcohol.”